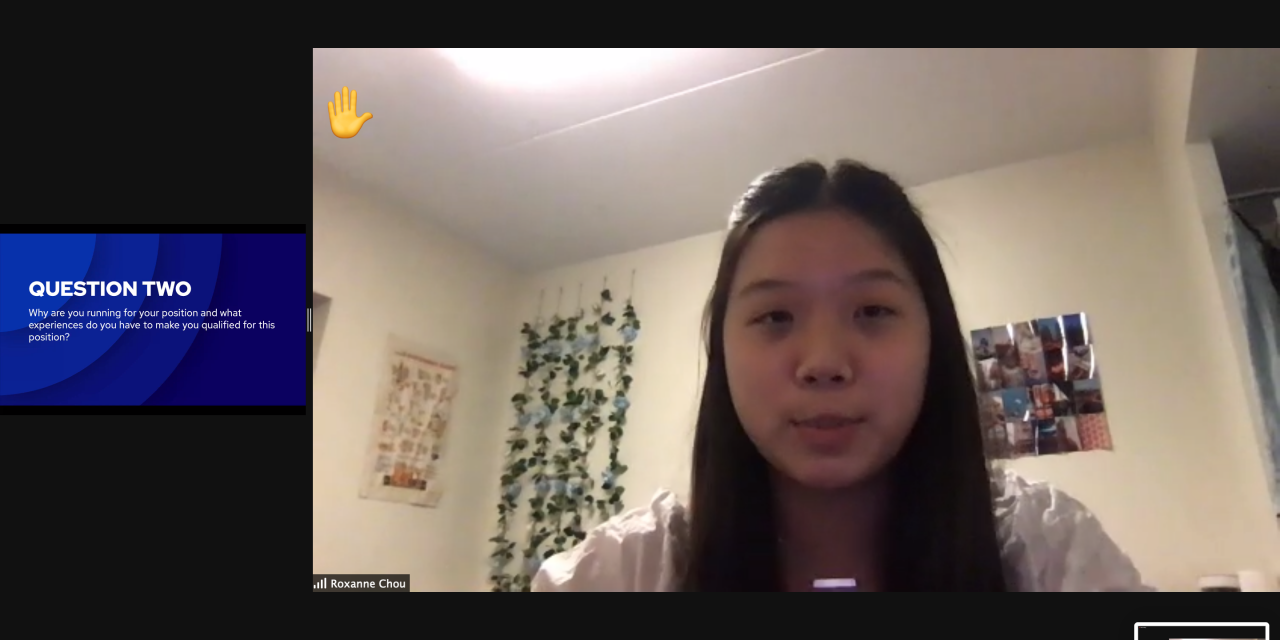 Calvin Bell III (22Ox) lost his uncontested race to an unprecedented 90.49% “no confidence” vote, prompting SGA to create a process to allow for the winner of the vice presidential runoff to assume the presidency.

Following the results, Chou told the Wheel she was “shocked and definitely extremely grateful.”

“I know that there’s a long road ahead of me for the next year, but I hope that people see me as a resource and person to go to when they have any concerns or comments or questions,” Chou said. “I wouldn’t be anywhere without the entirety of the Oxford community, and their input would only further accelerate the achievement of my platform goals.”

“Something that I’m looking for is someone who is very well-versed in clubs and how to plan events … and someone who is very passionate about student involvement,” Chou said. “The vice president and president do work hand in hand for the entire year, and I would like someone who communicates well with me as well as with the student body.” 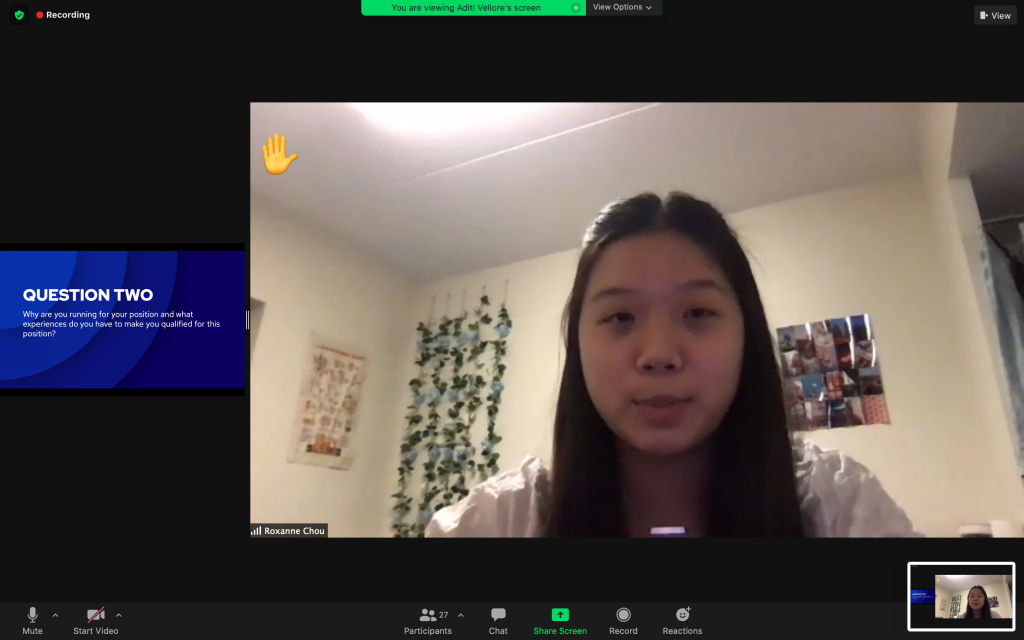 Expressing support for Chou, Hu confirmed that she will apply to the vice presidential position and plans to continue her involvement in SGA.

“I will be honest, I wouldn’t say that I’m not a little bit disappointed, but I am so happy for [Chou],” Hu said. “I think she’ll be an incredible president.”

Chan also expressed confidence in Chou’s leadership and said he was “definitely considering applying” for the executive vice president position, as well as cabinet positions.

“I think if anything, the results showed that she’s the people’s choice, so I’m happy for the results and for her,” Chan said.