Vines trail the window sill, leaves crowd out desk space and dozens of pots sit peacefully on an extra bed. Housing a total of 70 plants, Natalie Rodriguez-Ema’s (21Ox) dorm is doubling as a greenhouse this semester.

Rodriguez-Ema started indoor gardening as a quarantine hobby last June. What began then with a Calathea Medallion and Alocasia Morocco has grown into a collection of 80 plants spanning 22 genuses and 57 species now split between her Oxford dorm and New Orleans home.

“Plants are a very slippery slope. Ask anyone who likes houseplants,” she said. “You get one and then suddenly your collection multiplies and you have no idea how it happened.”

Despite her now-flourishing green thumb, Rodriguez-Ema’s gardening start was rocky. Her original Calathea, a genus popularly known as “prayer plants” for their opening and closing leaves and infamous for their demanding maintenance, almost died on her windowsill, scorched by direct sunlight.

After extensive online research, Rodriguez-Ema saved the plant, even through later bouts of root rot and spider mites. Following the initial challenge, she eventually found easier plants to care for and now rehabilitates others’ damaged plants.

“Obviously, the more plants I got, the more my knowledge expanded,” Rodriguez-Ema said. “People tend to think I’m like an expert on plants, but it’s not even been a whole year that I’ve been doing this … I just dove into it and I love it.” 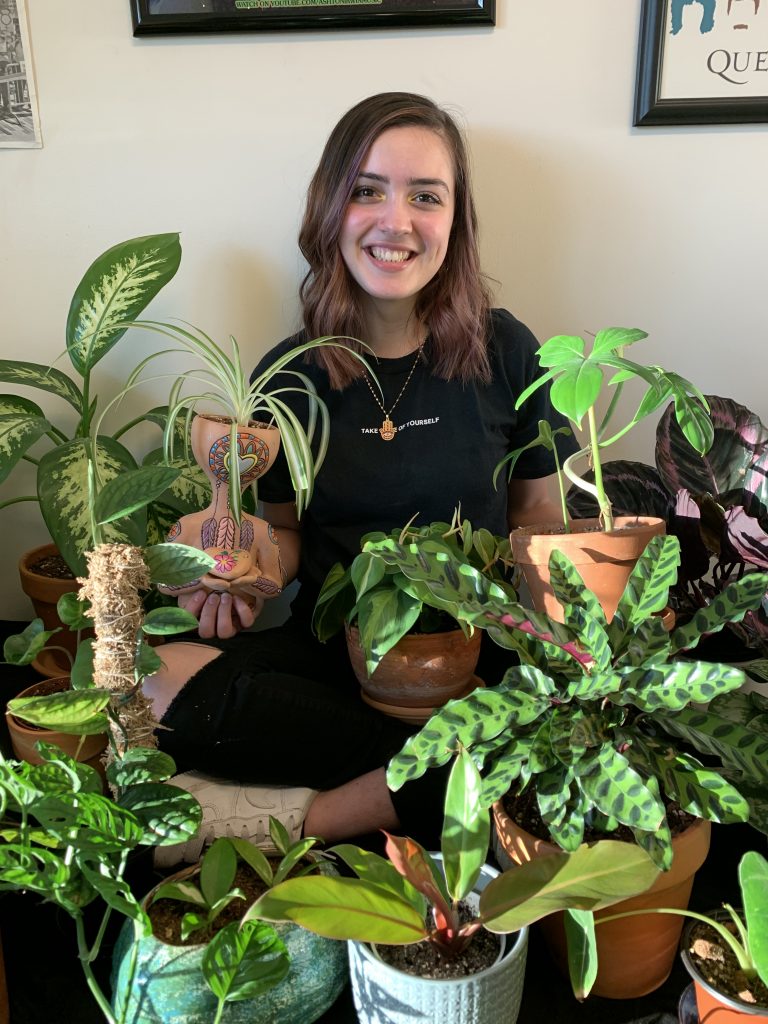 Rodriguez-Ema emphasized that, amid the economic strain of the pandemic, supporting small businesses is a priority when expanding her collection.  Going from a first-year student who hated her Biology 141 botany unit to becoming an avid gardener in a few months, she frequented local nurseries and met plant experts along the way.

“It’s honestly sometimes better than the Internet,” she said. “And it’s also just nice that like everyone in the plant community [in New Orleans] knows each other, and it was just nice to join a little community.”

Rodriguez-Ema said gardening not only became a way to develop new relationships but also a way to cope with quarantine stress during an online semester.

“It’s almost like some people say that their pets are the reason why they get up during the day — for me it was my plants,” she said. “I was like, ‘oh my Monstera really needs water today, I have to go water it then I’ll go back to nap.’ It became an incentive for me to get out of bed when my mental health was at its worst.”

When Rodriguez-Ema prepared to return to campus for the first time since last March, she knew she wanted to bring as many of her new plants with her as possible.

“Being in school all the time online is pretty draining, and it’s something that I can finally shut off my computer and my phone and I can just be there, when I’m alone with them,” she said.

Packing a total 70 plants into her car for the drive required “some serious Tetris.”. Through careful box stacking and a worry-filled overnight stay in the car, all plants survived, with injuries limited to one accidental leaf break.

Rodriguez-Ema also packed plant food, a humidifier and a myriad of other plant care items.

“I’m a helicopter mom with my plants, and it’s kind of a good and bad thing,” Rodriguez-Ema said. “I was über prepared for not knowing what dorm I was going to be in.”

Rodriguez-Ema also noted that when she Zooms into online meetings, the foliage behind her sparks conversations. Associate Director for Student Involvement and Leadership Veronica Roman (09Ox, 11C) and Advising Support Center Program Coordinator Asia Wynn both connected with Rodriguez-Ema over their shared love of houseplants.

Roman said she practiced gardening as self-care for years and noted the pandemic had “given people time to explore things.” She said that student interest in plants has increased recently since the ritual of gardening can become a “creative outlet.”

Wynn, who met Rodriguez-Ema during first-year orientation, said they reconnected during an advising call after Rodriguez-Ema mentioned gardening was her way to find a sense of “purpose and community,” as Wynn described.

“She had mentioned that one of the hobbies that she had picked up during the pandemic was collecting plants and I was like that’s so cool I like plants too,” Wynn said. “So we finished up the end of our call … and she was showing me some of her plants, and that was just a really great way to get to know a student.”

Looking ahead to a safer school year in which roommates will hopefully be allowed, Rodriguez-Ema said she’s not worried about future roommates taking issue with her horticulture habits. Former roommate Naomi Gonzalez (21Ox) said the relationships Rodriguez-Ema has built with other plant-lovers “astounds” her.

“I’m really really fortunate and happy that [Rodriguez-Ema] is willing to invest all her time and energy into cultivating a very green and friendly environment for us in our apartment,” Gonzalez said.

As she settles back into on-campus life, Rodriguez-Ema said she has already started researching Atlanta-area nurseries, hoping to find a plant community like hers at home.

For anyone looking to start their own collection, Rodriguez-Ema recommends low-maintenance starter plants like snake plants, vining pothos and chinese evergreens. While trendy plants are appealing, she advises beginners to start small and simple.