The Oxford Student Government Association (SGA) released the 2021 election results in an April 12 email showing that a vast majority of voters, 90.49%, cast a “no confidence” ballot in Calvin Bell III’s (22Ox) uncontested bid for the presidency.

Multiple chalkings appeared in front of the Oxford dining hall on April 9 with messages like “Stand with Survivors” above “#Vote No Confidence SGA Pres.” Oxford students also posted on Instagram and Snapchat, telling people to vote no confidence because Bell’s “integrity is currently under question.”

The future executive vice president vacancy is “not covered in governing documents as there are currently no other members in positions outlined in the line of succession,” the email wrote.

“The sitting President has the power and authority to appoint an individual to the position through a campus-wide search and application,” the email continued. “The sitting President will consult the President-Elect in the decision-making process. The appointment will be presented to the Senate for confirmation.”

Liu told the Wheel that the majority “No Confidence” result is “nothing we’ve seen before.”

“We’ve just been trying to pull from our governing documents whatever we can and try to uphold and adhere to what is written in order to try to build a fair process,” Liu said. “I think the process that we have now … [is] the best that we have based on what does exist in the written word of the law.”

Hu said she was “honored” by the election results. Addressing potentially filling the presidential position, Hu confirmed that she plans on participating in the runoff.

“I am here and ready to serve the student body, and if … it is in that role or in that capacity, I am willing to serve,” Hu said.

Chou said she was “extremely grateful” and “shocked” at the support she garnered in the election. She also plans to continue to the runoff.

“Obviously this is an unforeseen circumstance and this is not what we expected when we originally planned to run as vice presidents, but it is one of the duties expected [of the vice president] to fill the duties of president if that spot were to become vacant,” Chou said.

“I’m really happy that people at Oxford thought that I was up for the role,” Goldberg said, emphasizing a focus on establishing Oxford continuee positions in Atlanta campus executive agencies. 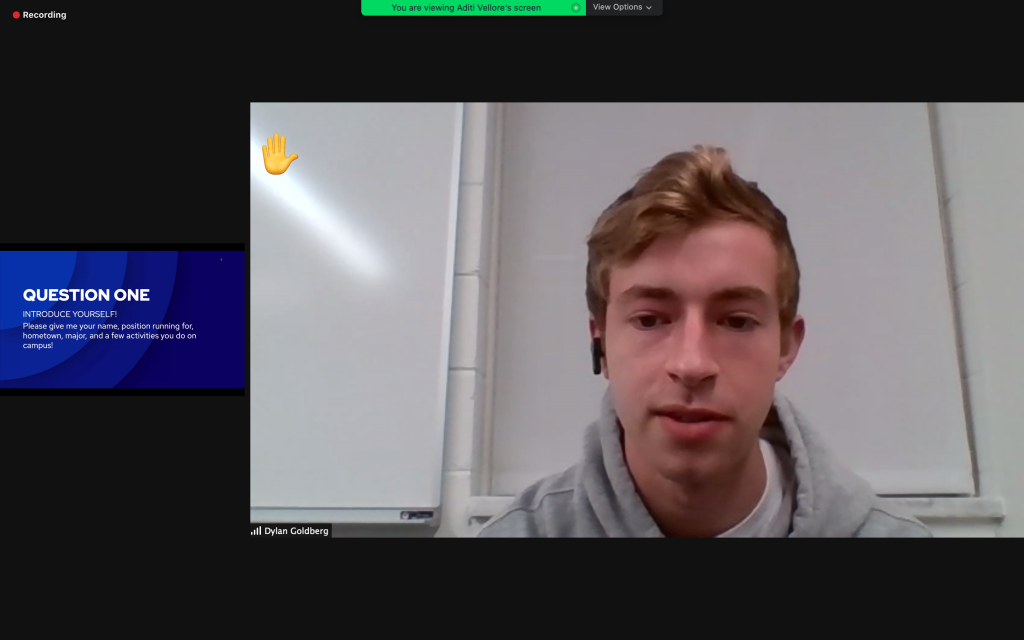 Dylan Goldberg (21Ox) was elected to the position of Oxford Continuee, along with Alyssa Steagal (21Ox) in the SGA election on April 12.

Stegall declined to comment on the election prior to making a decision between accepting the continuee position or reentering the Emory SGA vice presidential race following the Constitutional Council decision to order a second spring 2021 election.

While Chan said he was “disappointed” in the results, he was “thankful” to participate in the election and for his supporters. Chan said he plans to continue working in SGA and is considering entering the vice presidential election process. Addressing the one-vote election margin, Chan pointed to constitutional and election code flaws.

“There is need to revamp our governing documents,” Chan said. “Perhaps that might mean in the future when there’s a runoff and a candidate pulls forward by one vote, maybe that third candidate might be pulled in.”