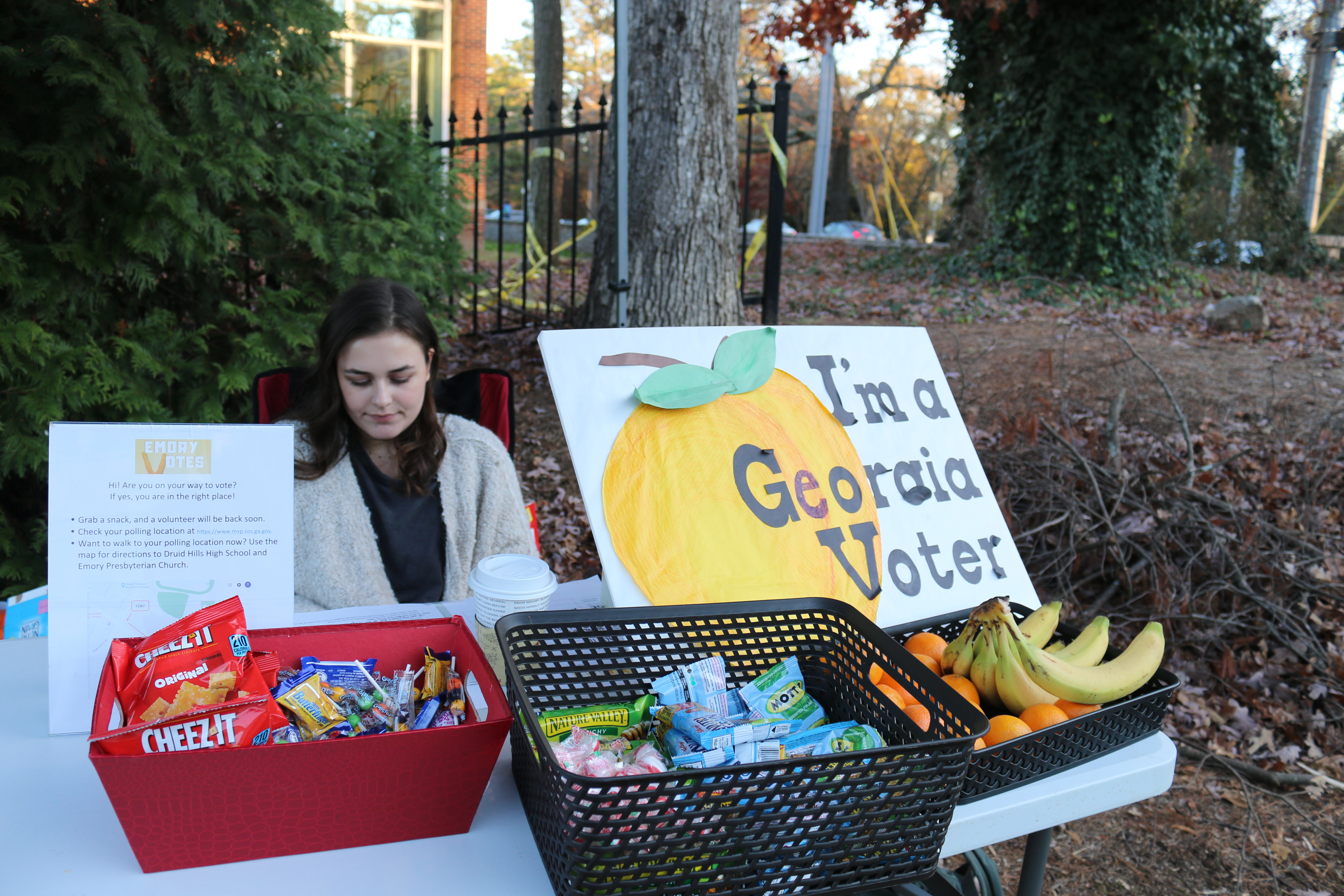 With the 2020 election fast approaching, College Council (CC) has recentered an initiative to make presidential and midterm elections a University-wide holiday in a petition addressed to administrators.

CC published the petition on Aug. 29 and sent it to the undergraduate student body in a Sept. 1 email. The petition, which can be signed via a Google Form, garnered 104 student organization endorsements, 1,571 student signatures and one faculty signature by press time.

Fourth-Year CC Legislator Sun Woo Park (19Ox, 21C) sent the letter to University President Gregory L. Fenves and Chair of Faculty Council and Goizueta Business School Professor Giacomo Negro on Sept. 16. Fenves’ office did not respond to Park or the Wheel’s requests for comment by press time and Negro told the Wheel he preferred not to comment prior to CC sending him the petition directly.

The petition argues that establishing a University-wide holiday for elections would encourage more students to vote and allow faculty and staff to more easily make it to the polls, whether nearby or in their home counties.

Park told the Wheel that CC began the push for the holiday in the spring with former CC Senior Legislator Justin Cohen’s (20C) resolution. That resolution was sent to former University President Claire E. Sterk on Feb. 24 in the form of a letter co-signed by 31 student organizations.

Park explained that the movement lost traction as the COVID-19 pandemic sent students home, but said that CC has “been working on [the current petition] throughout the summer,” including drafting and reviewing with student organizations and faculty department heads.

Park forwarded the original Feb. 24 letter along with a personal message to Fenves on Aug. 18. He received a response from the Office of the President’s Director of Projects Sarah Meador on Aug. 21. Meador replied that she would “make sure he receives the message,” but Park told the Wheel he did not receive any following response prior to directly sending the current petition. .

“Everybody that has reached out to us or discussed this petition with us has been extremely supportive,” said CC President Aditya Jhaveri (21C). “We’ve gotten emails from alumni asking how they can push it.” 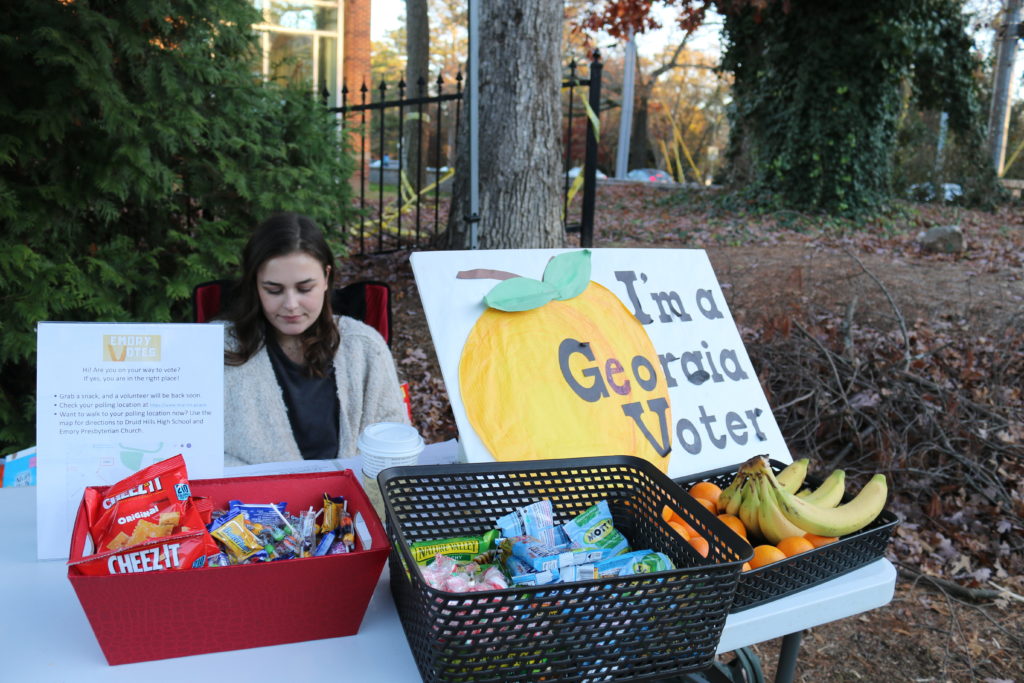 Emmakristina Sveen (21B, 23L), president of the Graduate Student Government Association (GSGA), wrote in an email to the Wheel that each school’s dean makes the decision as to whether students will have classes on Election Day. She said individual efforts are ongoing at the graduate and professional schools to receive Election Day off.

“GSGA fully supports the idea of there being no school on Election Day, and applauds College Council’s efforts in circulating their petition for the undergraduate community,” Sveen wrote. “Accordingly, we have forwarded the petition to divisional leadership at each of the graduate and professional schools to further distribute to their student bodies and garner more support.”

CC collaborated with Young Democrats of Emory and Emory College Republicans on the ideas and wording of the petition to ensure bipartisan support, Jhaveri said.

Alex Chanen (21B), president of Young Democrats of Emory, said in a statement to the Wheel that “when young people vote, change will come,” positioning the chapter’s support to remove barriers for Emory students to vote within their larger stance to counter voter suppression.

President of Emory College Republicans Jasmine Jaffe (22C) also pointed to the value of students participating in “our country’s most time-honored tradition” in a statement to the Wheel, emphasizing the organization’s “unique position” to encourage youth political engagement.

The petition cites Columbia University’s (N.Y.) two-day break for Election Day, the result of student protests in 1968, as precedent for a similar holiday at Emory; it also mentions a recent NCAA push for college sports to take Nov. 3 off this year.

Additionally, the petition points to the benefits of a University holiday for faculty and staff. Current University policy allows four hours of paid leave for employees to vote, two hours more than the state requirement. Jhaveri noted potential issues with the current policy involving difficult coordination with employers and tasks but would not commit to ensuring a paid holiday before discussions with administration.

“There should still be things that are done to prevent classes and academic responsibilities from interfering from a person going to vote or be a poll worker or be involved with elections,” he said.

Park also noted that some of his own professors have already marked Election Day as a day of no classes, indicating some faculty support. He echoed Jhaveri’s calls for change, saying, “Even if it’s slow, we still want [change] to happen. It is very important to have the conversation rolling about this because if no one is talking about it, then this will very quickly peter out and die.”

Regarding the initiative’s future, Jhaveri stated he intends for this project to have long-term effects at Emory.

“I don’t see this ending at a signature count and just sending [the petition] to administration,” Jhaveri said. “I see this as a long-term goal to promote civic engagement with students at Emory University as a whole.”

Correction (9/17/2020 at 11:41 p.m.): A previous version of this story stated that Giacomo Negro did not respond to the Wheel’s request for comment by press time. In fact, he declined to provide comment prior to College Council sending him the petition directly.