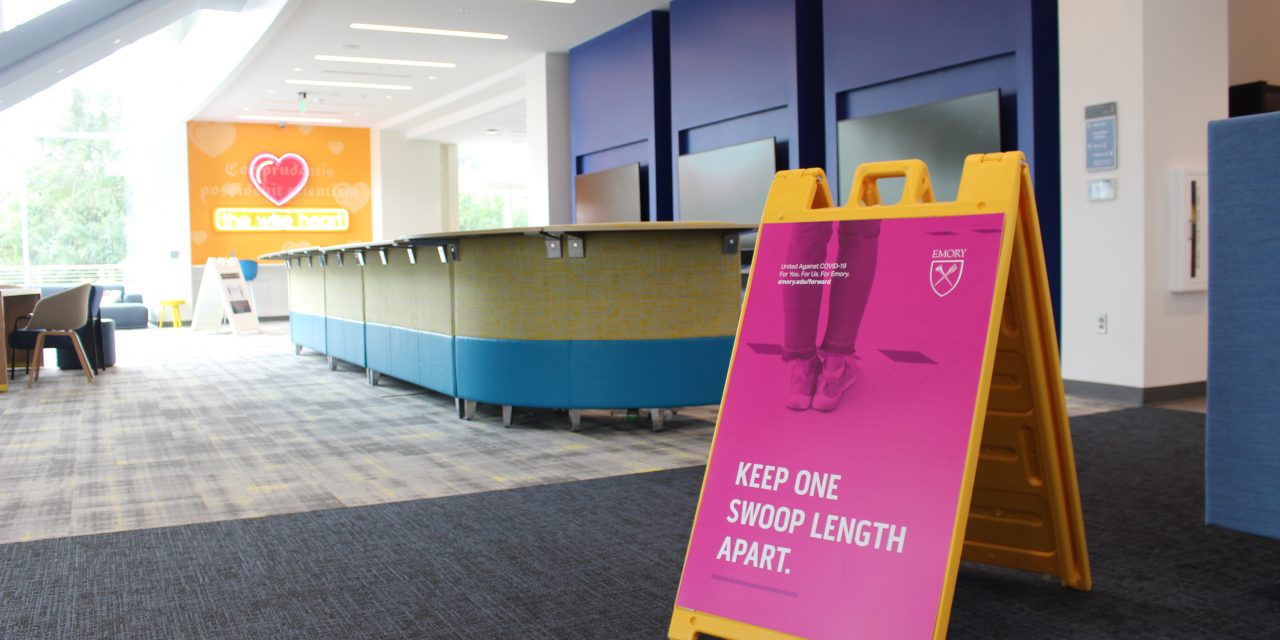 Student Government Association (SGA) executive members are confident that clubs will not face a shortage of funds after it lowered the Student Activity Fee (SAF), which is used to fund undergraduate student organizations on campus, from $110 to $82 in August. SGA reduced the fee after the University decided to dramatically reduce housing capacity for the fall.

Only a few months earlier, SGA raised the SAF from $95 to $110 following a student-wide referendum in fall 2019, citing concerns of a lack of funding for clubs.

Executive SGA and CC members believe that both careful budgeting and reduced opportunities for traditional on-campus programming due to University-mandated safety protocols will not cause a shortage in funds.

“No [club] is spending more than what their budgets are and their budgets have been adjusted this semester to reflect that everyone’s costs are lower by and large,” said SGA Vice President of Finance Ben Wiener (21C).

In his two years of involvement with campus finance, first as a voting member on SGA’s finance committee as treasurer of the Student Programming Council (SPC) and later as Vice President of Finance for the 53rd SGA,, Wiener said he’s rarely seen clubs overspend. “It just doesn’t happen.”

College Council (CC) Vice President of Finance Varun Nadella (22B) echoed Wiener’s sentiments, stating that CC had reduced the operational budgets of all clubs by 25% to correspond with the SAF reduction. Nadella also believes the safety guidelines limit the extent of costly club programming as compared to previous years.

“In my personal opinion, they are not going to be able to spend their funds as much as they did before,” Nadella said. “Because, for example, by University-wide guidelines, you can’t have any in-person events, you can’t travel anywhere — just things of that nature are going to inhibit clubs and what they can spend.”

While both SGA and CC have contingency accounts, there are stringent restrictions on what the money can be used for.

“The contingency accounts have very strict rules about when they can be accessed, who can access them and what they can be accessed for to prevent misuse,” Wiener noted. “They are a little bit more complicated than just a rainy day fund, which is why we couldn’t dip into them and make the SAF zero for the semester.”

According to the SGA Finance Code, SGA’s contingency account must maintain a $50,000 balance at all times. However, funds are added to the account when undergraduate divisions have funds in excess of their contingency cap, a limit on the amount of unused funds a division can retain from one academic year to the next. These caps are at $75,000 for CC, $45,000 for BBA Council and $35,000 for the Emory Student Nurses Association (ESNA).

Nadella stated that while he didn’t “see it happening,” money from CC’s contingency account could be used if clubs face a shortage of funds. 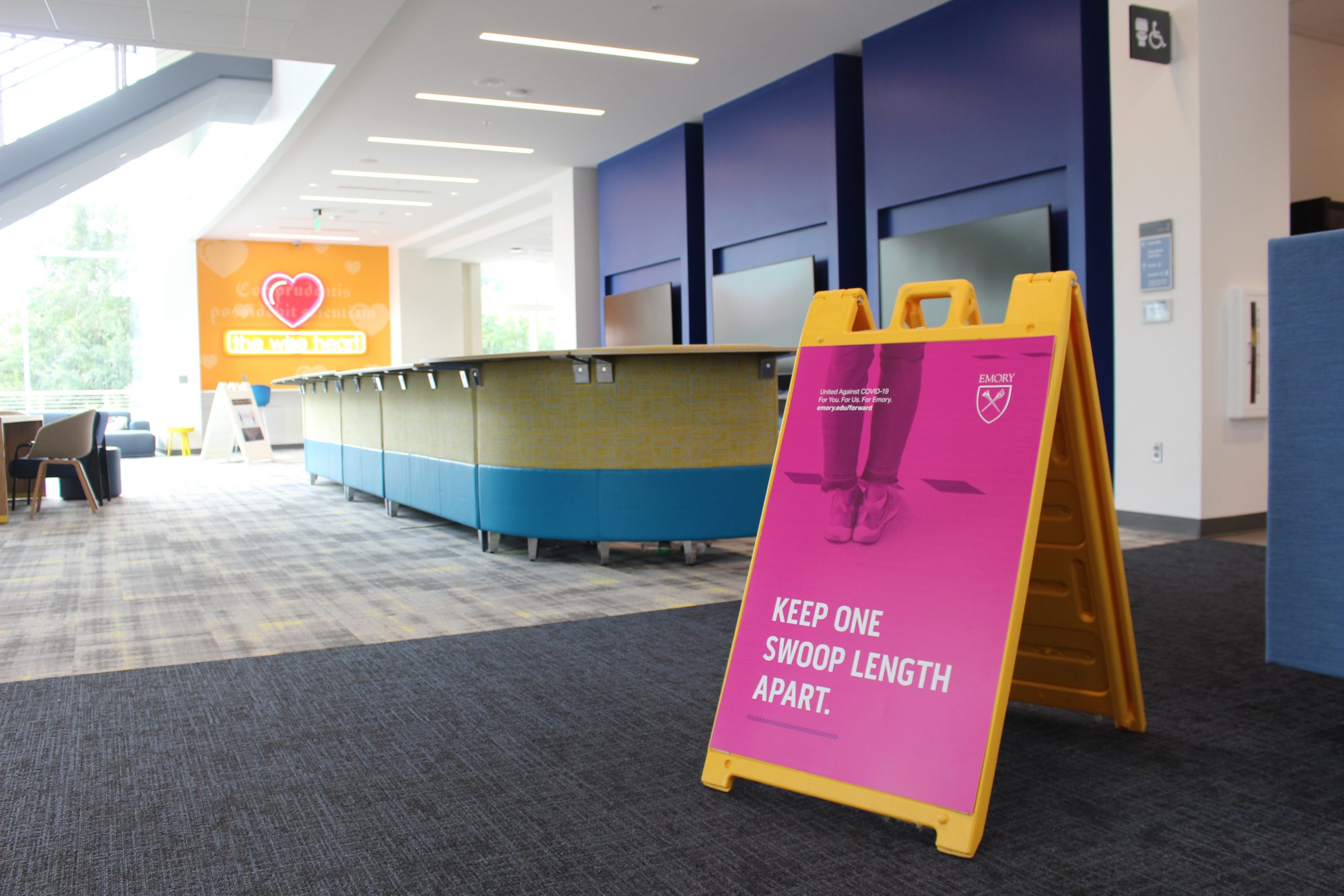 “No [club] is spending more than what their budgets are and their budgets have been adjusted this semester to reflect that everyone’s costs are lower by and large,” said SGA Vice President of Finance Ben Wiener (21C)./Gabriella Lewis, Assistant Multimedia Editor

“We do have a contingency set aside for if a club does for some reason get into a problem where they still owe financial obligations; we use those contingency funds to help them out,” he said. Utilizing money from the contingency account requires approval by a majority of legislators.

Traditional limits on the amount of unused funds that can be transferred from one year to the next have been waived in light of the “extenuating circumstances” under which spring semester closed.

According to Wiener, these caps typically exist to disincentivize organizations from keeping money to use for a larger event the following year, in which the previous year’s senior class will not be able to partake. However, because an in-person spring semester was cut short, Student Government Services and divisional leaders decided to waive these caps because it would be “inappropriate” to “punish clubs who hadn’t spent all their money,” Wiener said.

Clubs under CC will also be able to transfer unused money from this year to the following year.

“The reason we did that is because in the past there have been instances in which clubs’ budgets have been reduced because they didn’t use all of their operational budgets,” Nadella said. “In this case, we don’t want organizations to feel like they need to be spending so that their budget caps don’t decrease.”

How Is the SAF Distributed?

The SAF collected from each student is directed to the division of the corresponding school that the student is enrolled in, which includes CC, BBA Council and ESNA. The divisions then pay certain percentages of the collected money into the “macro,” a pool of money SGA uses for its expenses and for allocation to each of its six executive agencies, which includes the Student Programming Council, Club Sports, Table Talk, Emory Entrepreneurship & Venture Management, Media Council and Outdoor Emory.

Oxford SGA, BBA Council and ESNA also pay some money to CC because students from these divisions are also members of clubs sanctioned by CC. The amount due to the CC depends on the composition of the club membership and the composition of students attending club events. Currently, BBA Council and ESNA pay CC 14% and 10% of the total SAF they receive, respectively, while Oxford pays 1%.

“Those aren’t arbitrary numbers,” Wiener said. “Those are percentages that are fixed. They have been fixed for as long as I have known.”