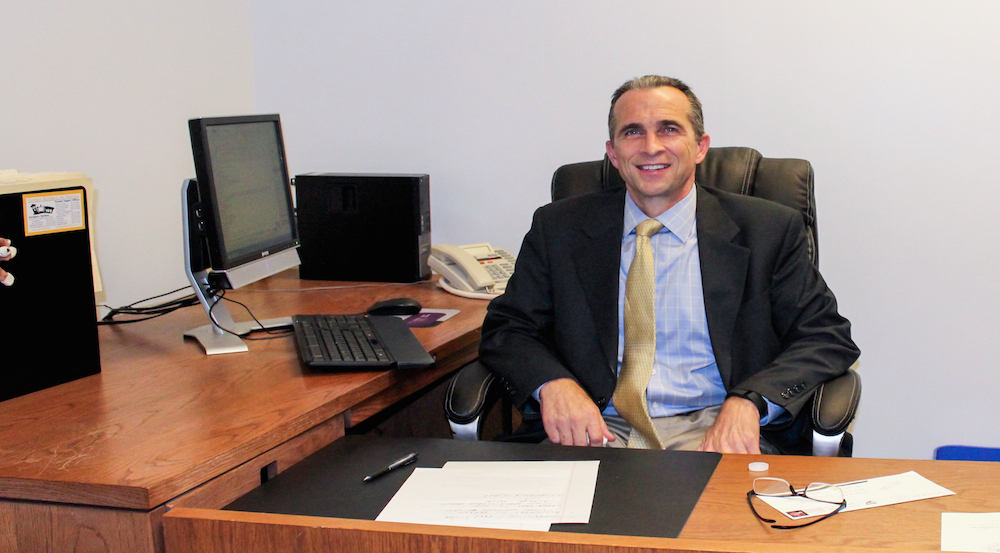 After four noteworthy years as Emory’s athletics director, Dr. Michael Vienna came into his fifth year unsure of what the future would hold. To Vienna, he had the best job in the country, and he wasn’t certain that he wanted to say goodbye. But when Emory took off for winter break this year, Vienna took more time off than usual. Longing for more time with his children and grandchildren, Vienna decided to announce his departure in March. But the timing proved unfortunate, so Vienna waited, helping his program through the pandemic.

On July 7, Emory Athletics Director Mike Vienna announced he will retire from his position on August 1. Despite an unforeseen end to his tenure, Vienna’s impact will continue to reverberate throughout the athletics department. Under his leadership, a new women’s golf team, a soccer field, baseball team facility and scoreboard in the Madeline Jude Brown Aquatic Center were all created.

While he’s proud of his accomplishments, Vienna said he ultimately cherished the opportunity to better the lives of students.

“I just feel very fortunate to have been able to come into a place that is so much about excellence and to have been given an opportunity to thrive in this environment,” he said.

Before departing Emory, Vienna worked with the athletics department to create a plan for how they felt they could safely return to athletics, University guidelines permitting.

“The original plan was that I was going to go a bit earlier, but we needed to submit our recommendation to the University’s Recovery Implementation Team,” Vienna said. “It was important to me that I was not a distraction in that process.”

Prior to his stint at Emory, Vienna spent 26 years at Salisbury University (Md.), with 23 of those years as director of athletics and recreation. While he enjoyed his time at Salisbury, Vienna’s kids had grown up, and he was at a point in his career when he could pursue other opportunities. When Emory’s athletic director position opened, he couldn’t resist applying.

“This job became open and I threw my hat in the ring,” Vienna said. “To be honest, I didn’t really think they’d hire me. But it was an opportunity to do something here in the latter part of my career and see if I could come to the best job in the country and not screw it up.”

Vienna notes that one of his greatest takeaways from the institution is the idea that academics and athletics are not mutually exclusive, a sentiment shared by many student athletes at Emory. It is believed that if an athlete attends a school geared toward athletics, they will be sacrificing their academia; the opposite is felt for an athlete who wishes to pursue a higher academically ranked school but likely one that does not put most of their energy towards athletics programs. But at Emory, Vienna feels athletes can improve in both areas simultaneously. He hopes that his successor shares this view and continues to cultivate an environment for students to grow academically and strive athletically.

Beyond his last five years at Emory, Vienna has changed the lives of his staff and students. Men’s tennis Head Coach John Browning nervously sought after a head coaching job at the young age of 26. Vienna interviewed Browning at Salisbury and offered him a job, much to Browning’s shock.

“I was terrible in the interview,” Browning said. “I remember going home thinking ‘There’s no chance I got this.’ He took a chance on me and really got my career started.”

Browning came to Emory after five years at Salisbury, and when Vienna took the athletic director job at Emory years later, Browning was “overjoyed.”

For nearly 30 years, Browning has looked up to Vienna and admired the time and energy he put in for coaches and athletes.

In the next athletic director, Browning hopes they will “walk in Mike’s footsteps” and also remember that athletes are students first. In the meantime, though, Vice President and Dean of Campus Life Enku Gelaye and Associate Vice President of Campus Life David Clark will run the athletics department in the interim. Gelaye and Clark did not respond to multiple requests for information regarding the search for a new athletic director.