The Emory men’s baseball team returned from spring break after an up-and-down week of baseball at the University Athletic Association (UAA) Conference Championships. The team played eight games throughout the week, going 4-4 and finishing third in the conference, as their record on the season now stands at 10-9. The championships were held in Sanford, Fla.

The Eagles began the weekend slowly, dropping the first three games of the championships. The closest of the three games was their first game of the weekend, when the team lost in 10 innings to the University of Rochester (N.Y.) by a score of 4-3.

Emory finally got its first victory of the week on Tuesday, March 12, when the team beat Rochester, 11-7. The Eagles started the game quickly racing out to a 7-0 lead after just two innings.

Rochester began to slowly chip away cutting the deficit to just two runs. The team responded in the sixth, however, adding three runs, two on a triple by junior Ryan Toscano.

Junior Robert Gross received the win after allowing just one run on three hits in three and one-third of an inning of relief work.

Junior Daniel Iturrey led the way offensively for the Eagles, going one for three with a two-run home run. The homer run was the first by any Eagles player this season. Emory found a way to capitalize off an impressive 15 hits, three of which came from freshman second baseman Dylan Eisner.

Emory was able to pick up its second consecutive win the next day against Brandeis University (Mass.), beating them by a score of 8-6.

The game was tight throughout, with Brandeis and Emory trading runs throughout the first six innings. The Eagles took the lead for good in the bottom of the seventh inning, scoring four runs behind some small ball and a couple of costly mistakes made by Brandeis, including a wild pitch that scored one of the four runs.

Emory could not keep the winning streak going, losing again Thursday afternoon to Washington University in St. Louis, who they had already lost to earlier in the week.

The team was able to pick up its second victory of the week against Brandeis Friday afternoon, when the Eagles won 9-4 behind a complete game by freshman starting pitcher Paul Merolla.

Merolla allowed 12 hits, but did not walk a single batter. He struck out two Owls, improving his record on the season to 2-1. Freshman designated hitter Chris Slivka drove in five runs to carry the Eagle offense.

Sophomore starting pitcher Connor Dillman, received his first win of the season against Case Western. He pitched eight solid innings, lowering his earned run average on the season to 3.07 and improving his record to 1-2. Junior catcher Jared Welch drove in the games go ahead runs in the fifth inning, when he sent a bases-clearing, two out triple to the outfield.

“We have a couple of regional games coming up,” Lindemann said. “Hopefully we can win some games and play some postseason baseball this year.”

The Eagles will return to the field this Saturday, March 23, when the team plays LaGrange College (Ga.) in a doubleheader. The first game will begin at 12:00 p.m. at Chappell Park. 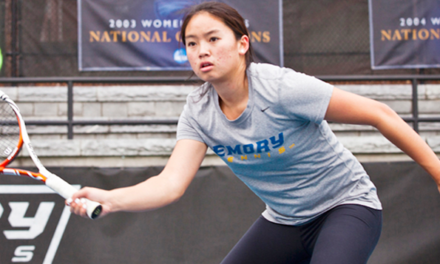 Jarvis Places Fourth in Field of 132 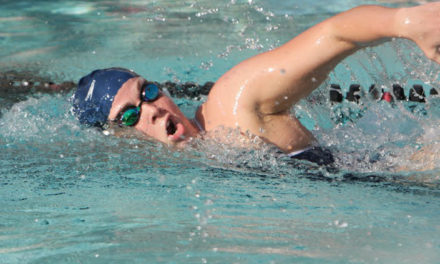