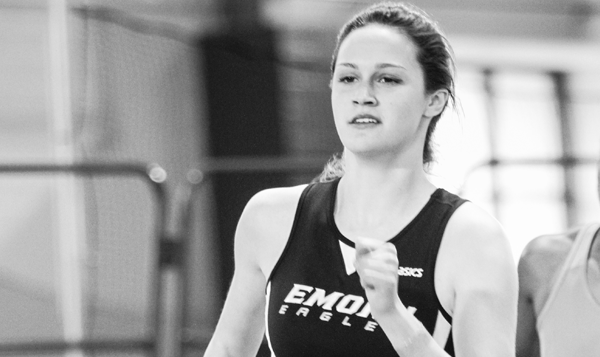 On March 8, both the men and women’s track and field teams competed in the NCAA National Qualifiers at University of Wisconsin – Stevens Point.

For the men, sophomores Maxwell Hoberman and Adam Rabushka, along with juniors Gui Silva and Zachary Rosenberg ran a 3:21.73 for the 4×400 relay, which placed eighth overall in the qualifiers. Their time was the best this season and the sixth best in school history.

Unfortunately, their time was not enough to qualify for nationals, which puts an end to the men’s indoor track season.

One surprising bright spot for the men’s team was senior sprinter Samuel Jean-Baptiste. He excelled in the 60-meter dash, finishing second overall in the University Athletic Association (UAA) qualifiers.

After having a large senior class graduate last year, this year was a step in the right direction for the men’s team. After their outdoor season, which is starting soon, they will have a great deal of experience under their belt.

At the NCAA qualifiers, the women’s team sent a few runners to nationals, setting a few records along the way. Junior Debora Adjibaba broke her own 200-meter dash school record, running a 25.30, which beats her previous record of 25.34.

Also, she placed fifth in the 60-meter dash with a time of 7.69 seconds, which also qualified for nationals. Additionally, Adjibaba, along with teammates Stephanie Crane, Emily Caesar and Julie Williamson, set the school record for the distance medley race, becoming the first Emory group to finish in less than 12 minutes.

This past weekend, the women who qualified travelled to Lincoln, Neb. to compete at the University of Nebraska – Lincoln. On the first day, Emory set four different individual school records and the distance medley.

The distance medley relay team broke their record set the previous weekend by over seven seconds, finishing the relay in 11:51.85.

Head Coach John Curtin was especially pleased by this performance, saying that “it was not only remarkable to see them [the distance medley team] perform their best on the biggest stage, but beating their record by over seven seconds is outstanding.”

On the second day of competition, the Emory team placed 23rd out of 61 teams. Korn, Adjibaba and Monroe earned all-American honors with their top eight finishes.

Overall, the three all-American individuals are the second most for an Emory team in school history, putting a tremendous end to a historic season.

Today and tomorrow, the Eagles will host their first outdoor meet of the year, the Emory Invitational, at the Wooodruff P.E. Center. The women’s team has won the UAA Outdoor Track and Field Championships every year since 2010. The men’s team has not won since 2009.