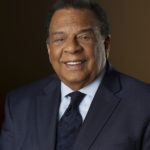 At Emory University’s 174th commencement on Monday, more than 15,000 students and family members watched former U.S. Ambassador to the United Nations and former Atlanta Mayor Andrew Young deliver a keynote address in which he discussed fulfilling spiritual purpose in life.

A 1955 graduate from Howard University (D.C.), Young said that his spiritual purpose was not always evident to him. With a hint of humor, he remarked that indecision crept into his mind as he navigated the world of public advocacy.

“The only thing I could think of was that I got this paper but I don’t know nothing,” Young said. “Graduation left me with a huge question mark.”

As laughter replaced the silence from before, Young launched into a story from his childhood. Young said that his family once stopped in North Carolina on a road-trip from Washington, D.C., to New Orleans. Frustrated by his parents’ decision to attend a church conference, he chose to go on a run and said he was eventually subdued by a realization that he said felt greater than himself.

“Whoever made heaven and earth, wherever all of this beauty and creativity has come from, we could not have left me out,” Young said. “There is something there for me too.”

“We really didn’t know what we were doing,” Young said. “We had no idea how this country could change so much.”

Keith Davis, father of graduate Rhyan Davis (19C), praised Young’s understanding of the spiritual self and how it connects to higher education.

“I think it was a fantastic speech. … I liked the analogy on being connected spiritually,” Davis said. “You have to treat each other with kindness and support each other as we are interdependent [on others].”

“It was quite nice to feel that [Young] was feeling exactly the same way as I did following graduation,” Ning said. “I also liked how he touched on history and provided a cultural outlook, being that [my family] is not from here.”

Throughout the duration of the ceremony, the outside temperature hovered around 65 degrees Fahrenheit, with the sun emerging at 10:30 a.m.

“I thought it would be scorching. We were anticipating that. … You have no idea we packed water bottles and tangerines,” Ning said.

The diverse class of graduates ranged from 19 to 70 years of age and hailed from 50 states and 174 countries around the world. Among the College’s graduates, 55 percent had a cumulative GPA of 3.5 or higher. 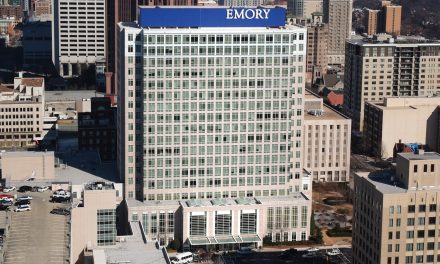