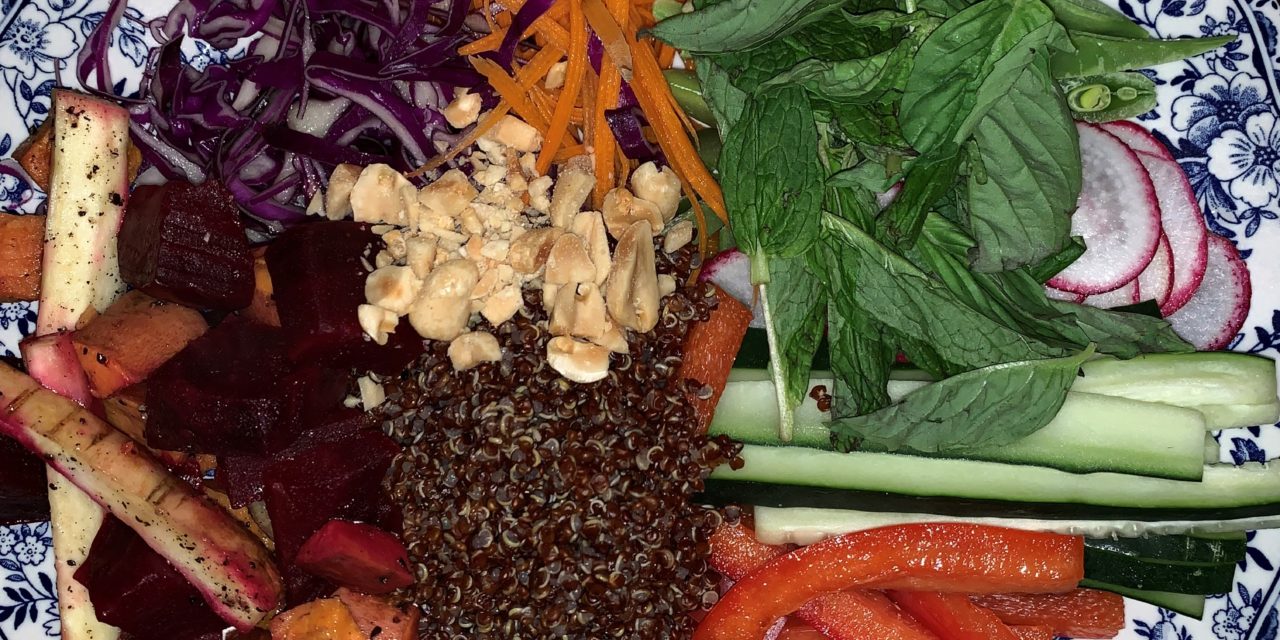 As my friends and I ventured into Cabbagetown, known among millennials for its flourishing graffiti scene, we found the restaurant’s brick-and-mortar exterior nestled between a neighborhood pub and hair salon. The moment we stepped inside, the district’s rustic aesthetic welcomed us into the dining space.

For starters, we ordered pimiento cheese egg rolls and Kung Pao chickpeas for the table. The perfectly crisp deep-fried egg rolls, served with sweet chili sauce, were filled with homemade pimento cheese and shredded bits of purple cabbage. Though traditional egg rolls contain pork, this vegetarian take on a classic was extremely well-executed. I fell in love with the cheesy filling, which offered tanginess from its red-pepper base and a subtle sweetness from the softened cabbage. 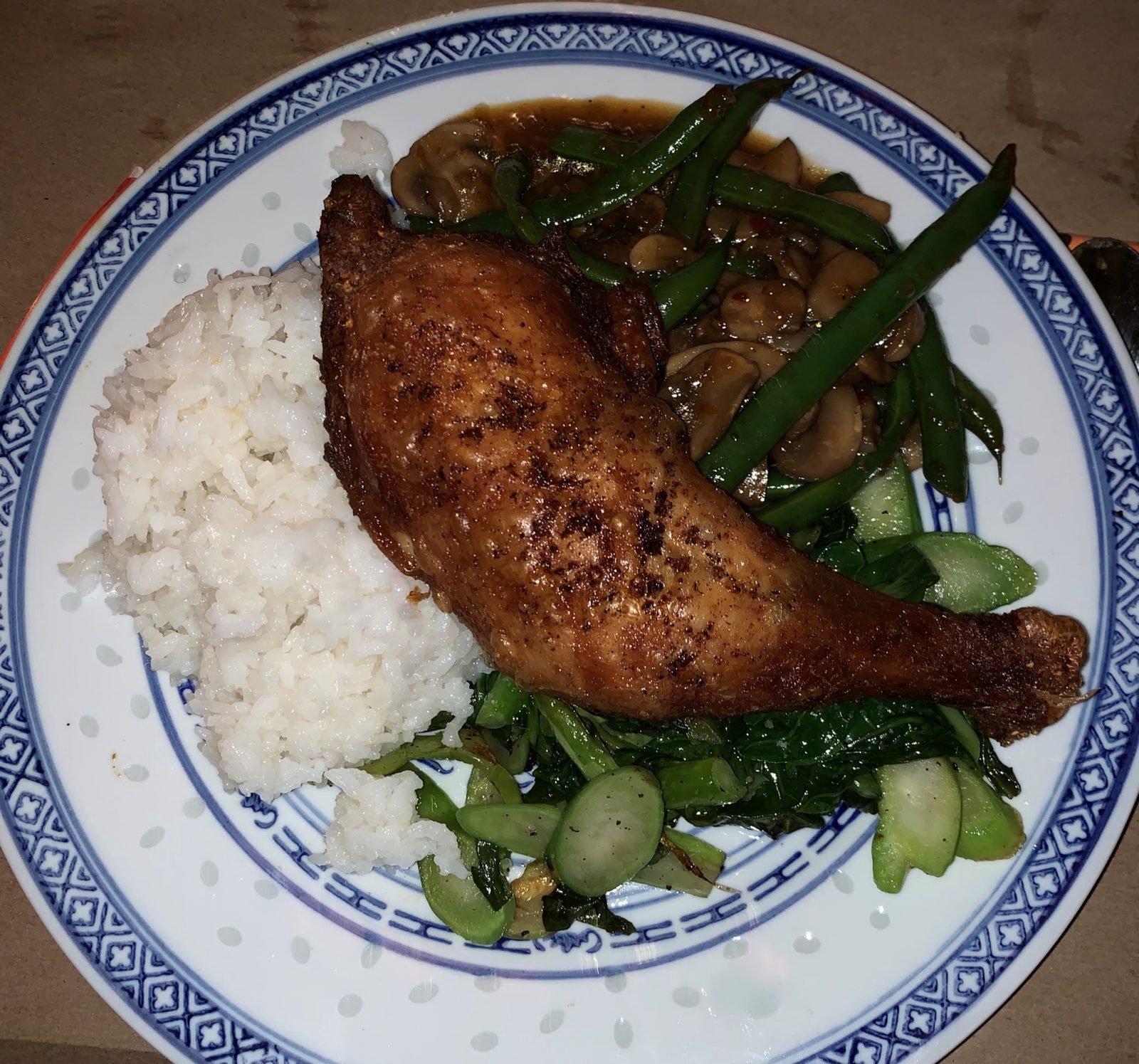 The Kung Pao chickpeas, a house special for the night, featured shiitake mushrooms, green onions and grilled red peppers. Kung Pao sauce, originating from the Szechuan region of China, packed an extra kick of spice thanks to the bright red chili peppercorns. Though this appetizer was quite heavy on the veggies, I found myself going back for more throughout the meal.

Following the appetizer, I ordered the JenChan Chicken, which featured a soy sauce-marinated crispy chicken leg, sticky white rice, steamed broccolini and Kung Pao vegetarian stir-fry. The chicken itself fell short of my expectations, having soaked up little of the soy sauce. Luckily, the tenderness of the broccolini and the aromatic spices of the stir-fry uplifted my spirits. Next time, I would prefer to try a different dishon the menu, such as the black bean ribs or Szechuan chicken sliders.

My friend, a vegan, ordered the Gado Gado bowl, which featured a diverse plate of colorful and crisp veggies, freshly picked leaves of basil, quinoa, and a homemade Thai peanut sauce. The dish was marked on the menu as gluten-free and vegan, which made selection easier for my friend’s dietary restrictions. Though my friend noted their freshness, the raw vegetables took a backseat to the peanut sauce, which had a well-balanced profile and the subtle tanginess lent by the lime and ginger.

My meat-eating friend ordered the deep fried potstickers, which came stuffed with pastured pork and green onions and accompanied with a dipping sauce. The crunchy dumpling exterior was texturally orgasmic and a perfect foil for the chewy, spiced pork filling. The dipping sauce’s excessive saltiness all but muted the sourness of the thinly-minced green onion.

Another friend, a vegetarian, opted for the garlic tahini rice noodles. Though plentiful in portion, the bowl lacked substance, containing only rice noodles and a handful of carrots and bok choy. The noodles themselves were bland, with barely any seasoning. If a flavorless bowl of room temperature noodles is your cup of tea, then perhaps take on the challenge. 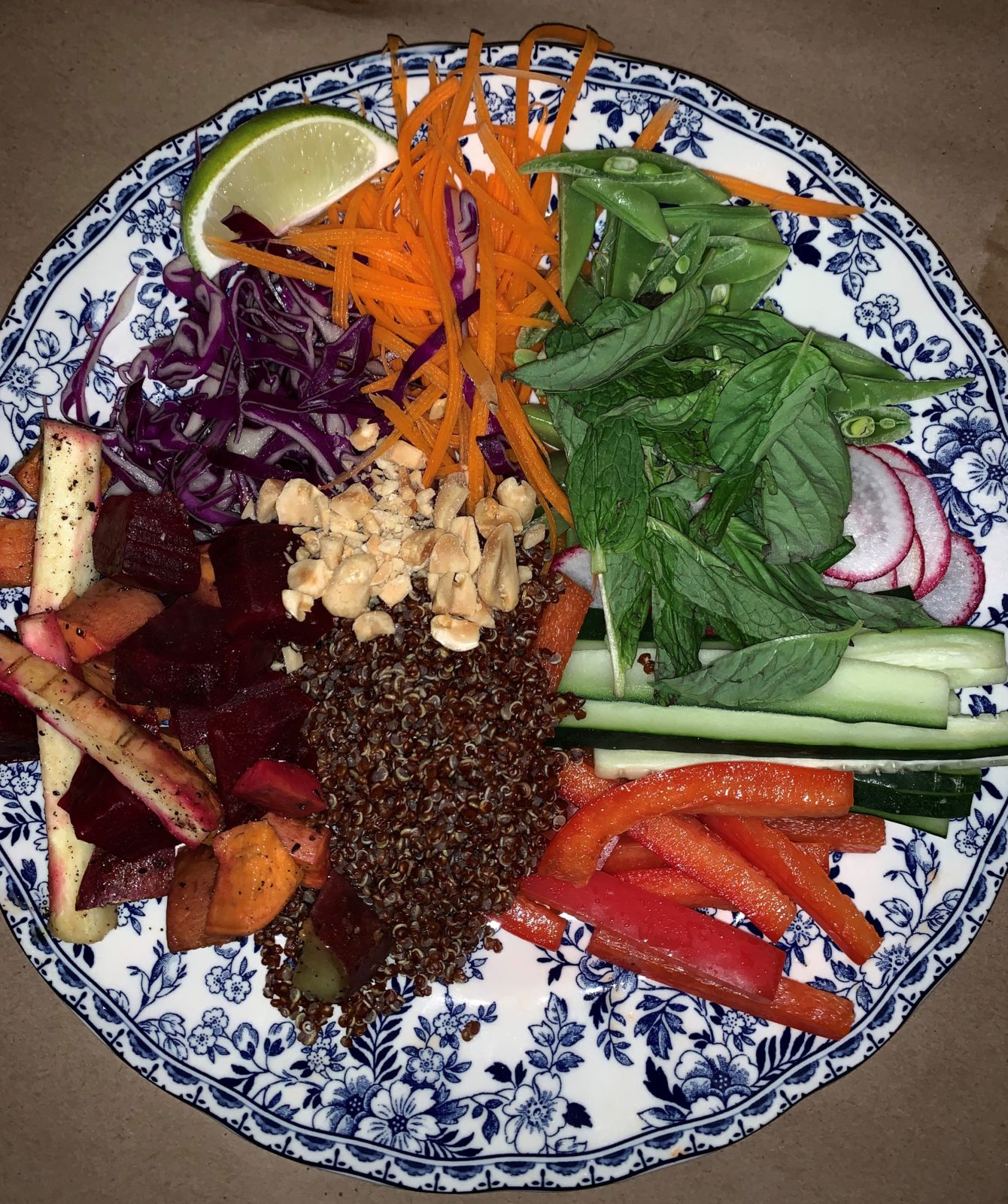 The restaurant’s interior was adorned with a row of rustic wooden picnic-tables, a five-seater bar and beverage refrigerators upon entering the common space. The atmosphere was homely and personable—the hallmark characteristic of a family supper and it certainly brought out that southern charm. Mo-town music and brown construction-paper table coverings added to the restaurant’s Southern-themed decor.

Overall, dining at JenChan’s was a bit pricey, as we spent $14 to $16 per entree and $7 per appetizer, which were enough for two people. I much rather favored the side dishes and appetizers over the entrees. I would recommend skipping the JenChan Chicken and Garlic Tahini Rice Noodles. If you are vegetarian, perhaps opt for the pimiento cheese or portobello mushroom eggrolls — with a healthy portion of Kung Pao stir-fry veggies.

With an albeit sharp focus on sourcing fresh, organic ingredients, JenChan’s Restaurant and Market misses the mark on bringing Southern flavors into Asian home cooking. For students seeking an alternative from traditional Asian diners on Buford Highway, the restaurant wonderfully fuses a tight-knit, Southern atmosphere with well-meaning renditions of classic Asian cuisine. 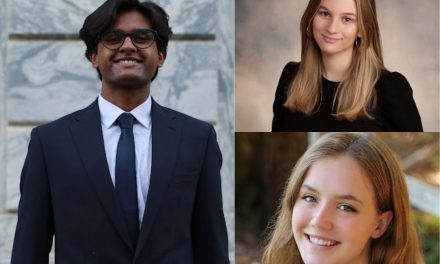 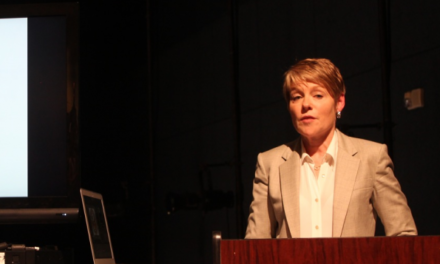 Dance Is a Weapon: Choreographical Fight for Social Betterment