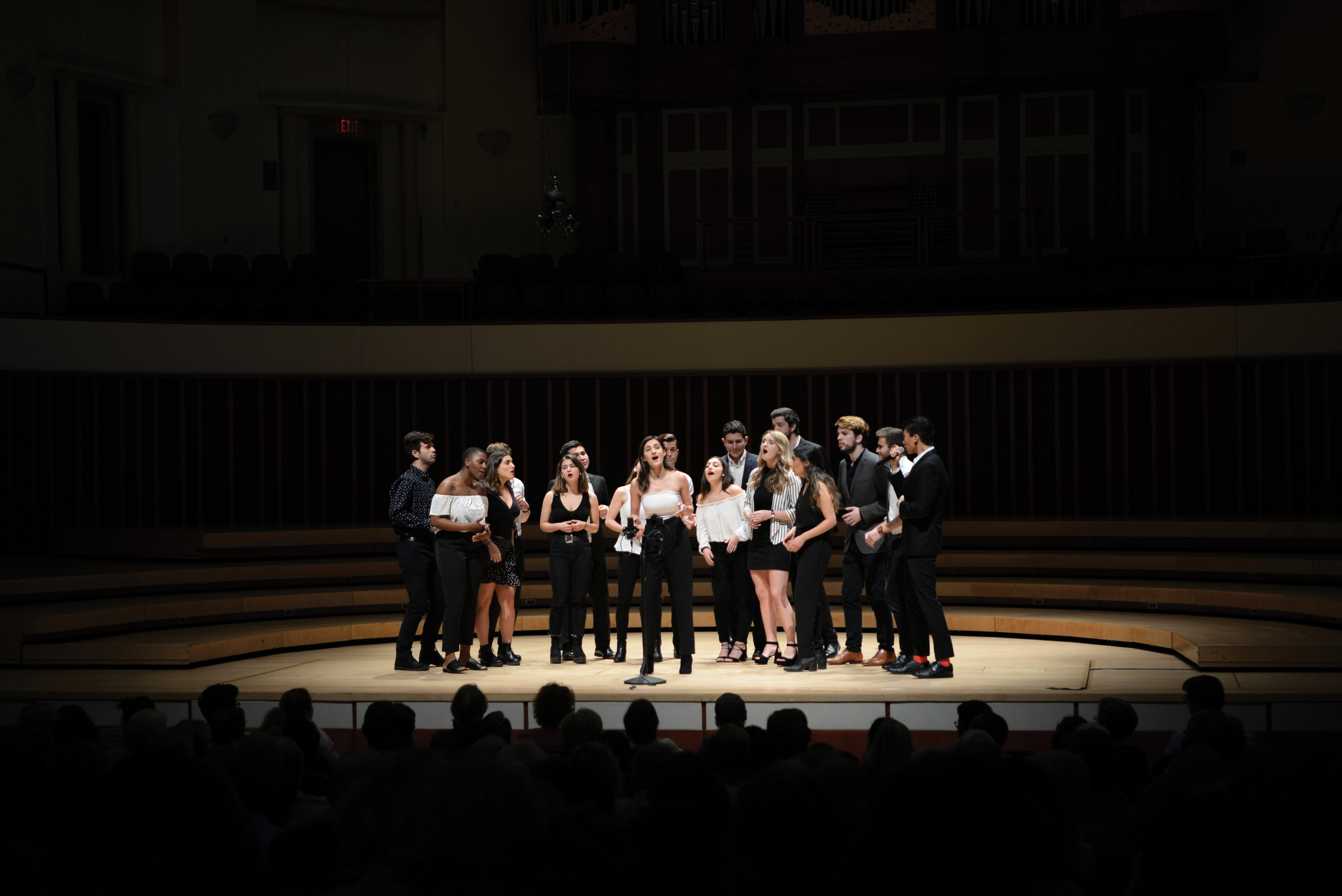 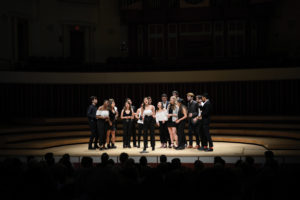 The annual tradition started with the construction of the Schwartz Center for Performing Arts in 2003 which provided a space for the first BNV concert. In accordance with the time-honored format, individual groups perform in alphabetical order before all groups join together for a final performance.

The first group on stage was Ahana, Emory’s soulful R&B group, clad in black and white. Chris Lowery (20C) led the group, including two beatboxers, in a rendition of “Let’s Get It On” by Marvin Gaye. Next, McKayla Williams (20C), Chelsea Jackson (18C) and Amelia Joyce (19C) sung “Finesse” by Bruno Mars and Cardi B. The compatibility of their voices did justice to Cardi B’s strong voice in the song.

Emory’s oldest co-ed a cappella group, Aural Pleasure, followed Ahana’s performance. Aural Pleasure prides themselves on their “modern style,” according to the event handout. They  delivered just that with their first song, “715 – Creeks,” originally sung by Bon Iver and famously covered by notable a cappella group The Nor’easters from Northeastern University (Mass.). The absence of a lead in their first song gave the performance a hauntingly beautiful tone. Next, Aural Pleasure’s Bella Dodd (20B) led the group in a powerful performance of “Tell Me You Love Me” by Demi Lovato.

Up next was ChaiTunes, Emory’s co-ed Jewish a cappella group, dressed in blue and white. Their first song was “Mi’ma’amakim,” a Jewish folksong sung by Sahrudh Dharanendra (19C) and Briley Newell (19C). Despite the language barrier, the folksong largely captivated the crowd. ChaiTunes’ second song was The Beatles’ classic “I Want To Hold Your Hand.” Sara Frank’s (18C) earnest and intimate deliverance of the nostalgic tune was reminiscent of a personal serenade.

The next performance was by Dooley Noted, Emory’s co-ed, “service-oriented” a cappella group. The group was dressed in elegant black and blue and led by Ameya Gangal (19C), Sam Kramer (20C) and Denny Shin (19C), who sang a light, upbeat version of Hozier’s “From Eden.” Crowd members tapped their feet to the beat of the second song, a beautiful, spirited French piece called “Amour T’es La” by Brooklyn-based fusion band Snarky Puppy. Eve Gleeson (18C) led the group, whose energy shone through in their fast-paced snapping and clapping.

The Emory Concert Choir had the largest number of students performing at 57 singers and occupied the entire stage. Directed by Eric Nelson, they sang a traditional Scottish song, “The Bonnie Banks o’ Loch Lomond.” Martin Schreiner (19C) had the crowd entranced by his divine performance. Dooley Noted’s Eric Newell (18C), a bass, performed the hymn “I’ve Been In the Storm So Long” in his trademark deep-toned voice. The song was written in 1979 by Mighty Clouds of Joy, a musical quartet, and later became an anthem of tribute to those affected by Hurricane Katrina in 2005. Nelson’s graceful conducting, paired with Newell’s powerful voice made for a transcendent and serene performance.

Emory’s all-female a cappella group, The Gathering, sang “Go Your Own Way” by Fleetwood Mac and “Tears” by Clean Bandit. Jasmine Anickat (21C) commanded the whole crowd with her resounding voice.

No Strings Attached, Emory’s oldest and only all-male a cappella group took the stage dressed in their traditional suit-and-tie, reminiscent of television show Glee’s “Warblers.” The boys played with gender norms with a fresh rendition of “A Thousand Miles” by Vanessa Carlton, led by John Graham (19C). For their second song, “Strangers Like Me” by Phil Collins, No Strings Attached incorporated a thigh-clapping sequence. The interactive and lively performance evoked classic a cappella imagery.

Suri, Emory’s first and only Bollywood fusion a cappella group, closed the performances. Suri’s Music Director Tejal Pandharpurkar (18C) and Esha Singhal (18C) sang a mashup of “Mar Jaawan” from the movie “Fashion,” as well as “Best Mistake” by Ariana Grande. Prateek Paul (18B) performed an upbeat rap routine that aroused an enthusiastic cheer from the crowd. Suri closed with their mainstay, a medley of Harshini Murthy’s (21C) powerful version of Adele’s ballad “Set Fire to the Rain” and “Woh Lamhe,” originally by Atif Aslam, which was led by Zohair Lalani (18B) and Divyaansh Raj (18B). The interplay of the songs was enhanced by the harmony among the trio.

The night concluded with all groups singing a sentimental rendition of “Proud Mary,” originally by Creedence Clearwater Revival. Talia Green (19C) from Dooley Noted added drama to the performance with dialogue prior to her verse. Overall, her performance was nothing short of professional, with the perfect amount of crowd work and soulful vocals.

The audience awarded the performers with a well-deserved standing ovation. 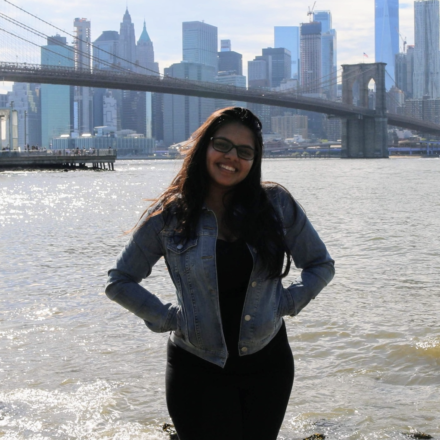 Managing Editor | [email protected] | Ayushi Agarwal (21C) is from Mumbai, India majoring in psychology and minoring in media studies. Agarwal previously served as the Wheel's photo editor and as an assistant copy editor. In addition to the Wheel, she is an undergraduate research assistant at the Behavioral Genetics of Addiction laboratory and an employee for Emory Recreation and Wellness. 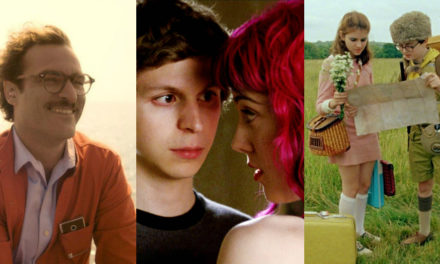 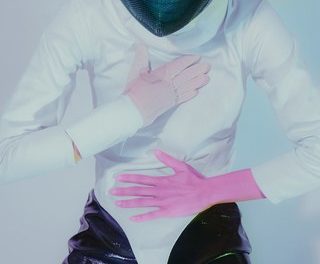 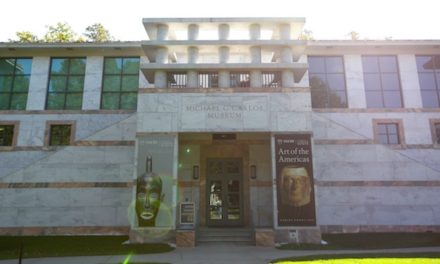 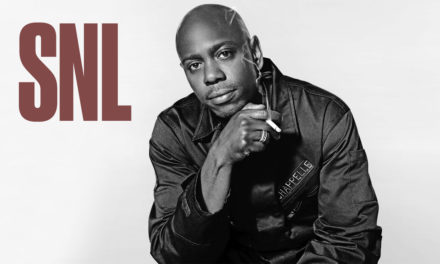