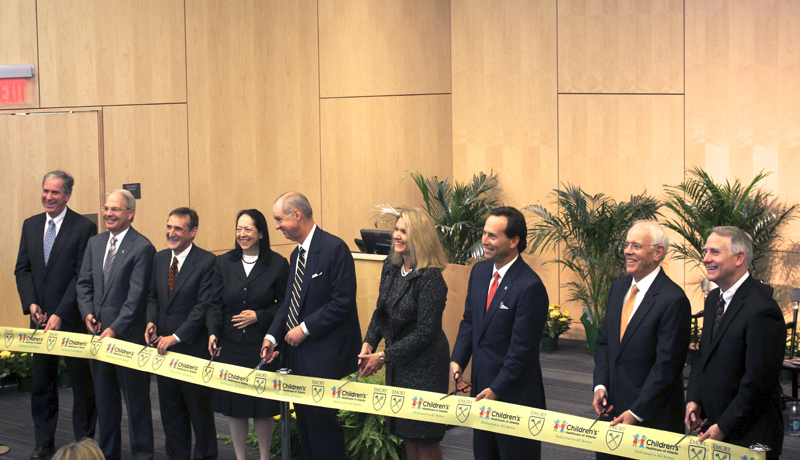 An Emory study makes strides in stem cell therapy for heart disease by introducing techniques that improve the lasting power and effectiveness of stem cells in the heart.

Professor of Cardiology W. Robert Taylor and a team of researchers led the study, which was published in the Journal of the American Heart Association (JAHA).

Taylor and his lab began by testing stem cell therapy on rats that had undergone induced heart attacks. However, preclinical trials have shown that stem cells do not stay in the body long enough to prove truly effective. Taylor said his team sought a way to retain stem cells in the heart after they were delivered.

Stem cells are “nature’s own transformers,” the Cleveland Clinic website says. Stem cells are unspecialized cells that can develop into different cell types. Under special conditions, they can take on the functions of cells from certain organs and tissues. In cases of heart disease, stem cells travel to the site of injury in the heart and secrete hormones to help the body rescue damaged tissue and perform the functions of heart cells.

Emory Professor of Surgery Colin Weber was using a technique in his diabetes research called encapsulation, a process that protects stem cells by coating them with alginate. Alginate is a substance derived from sea kelp and can be found in many foods as well as toothpaste, Weber said.

Taylor said the lab approached Weber to translate this technique to stem cell therapy for heart disease. Eventually, they developed a derivative of alginate that protected stem cells delivered to the heart.

“What’s exciting about [alginate] is that it’s pretty translatable,” Taylor said. “It’s something that can go into humans very quickly.”

Although encapsulation prolongs the survival of stem cells in the body, Taylor said his lab team faced difficulties keeping the cells at the site of injury in the heart. In collaboration with AndrÃ©s Garcia, a professor of bioengineering at the Georgia Institute of Technology, they were able to engineer a synthetic mesh of material called hydrogel that allows the stem cells to adhere to the place of injury on the heart, Garcia explained.

“We basically solved a practical problem,” Garcia said. “The [lab team members] have a very promising strategy but they needed a way to localize [the stem cells] so they wouldn’t float away, and with this material, we’re able to do that.”

Emory cardiologist Rebecca Levit, who conducted the experiments in the JAHA study, said she and the team worked with rat models. They tied off some of the rats’ coronary arteries, which supply blood to the heart, to create a model of a damaged heart.

Levit said they then applied a “patch” – a substance coated in alginate that contains stem cells and is bound together with the hydrogel – to the damaged part of the rat’s heart.

Levit said the stem cells remained in the heart for a long time. In addition, the stem cells signaled damaged tissues to regenerate new cells and minimize heart damage.

“In the past, everybody was excited about finding the perfect [stem] cell,” Levit said. “But we probably missed the main point in all of this research. It probably doesn’t matter what cell type you use if the cells don’t stay in the heart.”

The Cleveland Clinic said that stem cell therapy for damaged hearts has yet to be confirmed as “fully safe and beneficial.”

Taylor said if this therapy is successful in human models, doctors will first use it in peripheral vascular disease, which blocks arteries in the leg. He said stem cell therapy could potentially allow for the repair of blood vessels and allow patients to avoid procedures such as amputation.

While stem cell therapies are emerging as a potential treatment for heart disease, the Cleveland Clinic says they have yet to be confirmed as fully safe and beneficial.

According to Levit, the JAHA study is increasingly important in light of heart disease’s impact on society.