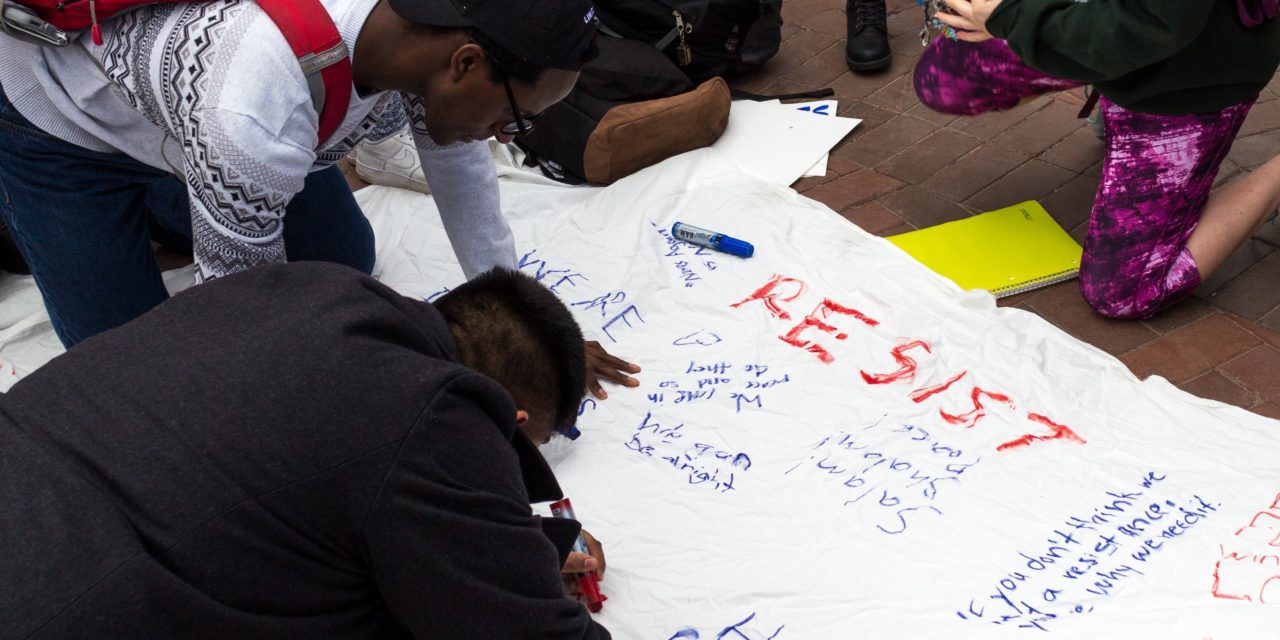 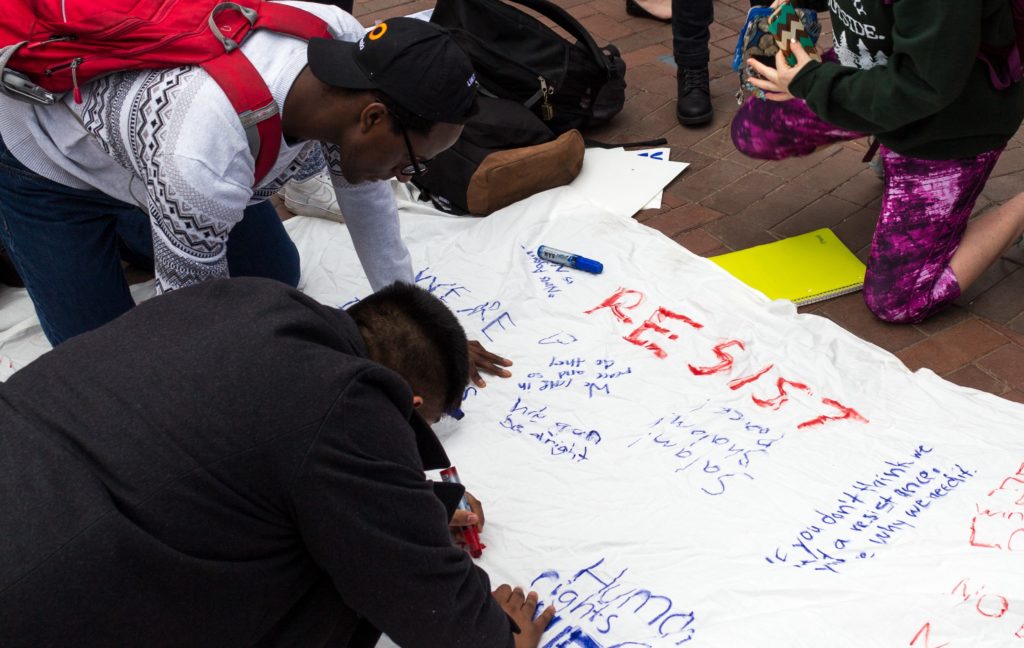 About 70 Emory affiliates gathered in Asbury Circle in a demonstration against President Donald J. Trump’s policies two days after his executive order on immigration.

Some at the Sunday protest shared personal stories about the past and present effects of the United States’ immigration system on their lives and their families. They also marked a bed sheet with phrases calling for resistance to the order and compassion for those affected.

“Having a platform where people can share whatever they’re thinking is really important,” Kim said. “I was kind of disappointed when I came to Emory because there was almost no social activism, so I thought, ‘Why not? Get a mic, gather some people and it can totally happen.’ ”

The demonstration was met with support and austerity as students raised their voices on the premise that all Americans, including Trump, are or descend from immigrants themselves.

“What is dangerous is a president of the United States giving out executive orders like they’re only candy without considering the consequences or the legality of these orders,” said College sophomore Nora Elmubarak, who was the only scheduled speaker. “He’s racist, inept and out of control … Take action, start calling your senators, city council persons and protest.”

College senior Kathryn Taylor said she participated in the demonstration because Trump has exceeded his political power and violated basic American values like human rights and respect.

“It was great to hear everyone speak about their personal stories and their beliefs about what they want our political system to represent,” Taylor said. “I’m really glad that college students are coming together to say that, ‘We’re not just going to sit by and let this happen.’ ”

The organizers said they were surprised by the number and diversity of people who volunteered to speak at the open mic.

“To be so close to these people that were pouring their hearts out … made me have so much more faith in people, and Emory as a campus,” Prasad said.

Kim and Prasad said they plan to write a petition to urge Emory administration to issue more concrete actions, rather than sending more emails.

“Emory did send out an email to all international students because it might affect them, but I do think that the school should tell us what to do, or what we can do to help,” Goizueta Business School sophomore Sania Chandrani said. “Other than donate to the ACLU or call judges, there’s not really much that we have the ability to do, which is a really terrifying and helpless feeling, and I can only imagine how people who are in this situation feel.”