In the wake of the Sandy Hook shooting, America finds herself amidst a debate that could not have higher stakes. National security, the Bill of Rights and child safety have become embroiled in a fury reaching across party lines and into our family rooms. Outrage from the left and right increases each day as each’s call for action grows contested and desperate.

At the vanguard of the left’s gun control initiative stands comedian and television host, Jon Stewart. Renowned for his political satire and nightly fake news broadcast “The Daily Show,” Stewart commands a widely influential media personality. Although he ranks among the most vocal of the gun control campaign, ironically, Stewart represents perhaps the largest impediment to the success of his cause.

In a recent segment, Stewart outlined his platform on gun control: “All of us, on any side of the debate, are anti-massacre … we’re looking for a series of steps from different areas that over time could improve the situation.” He then explains his frustration: “Some gun enthusiasts won’t even entertain the idea of common sense law enforcement supported, small bore, so to speak, moves to try to reign in this violence.”

Stewart’s problem can be outlined as follows. He wants Washington to pass a series of measures to reduce gun violence but the measures he has in mind can’t garner enough support for a majority vote. In other words, Stewart needs there to be less of the people who oppose gun control and more of the people who do not. Since the opposition is comprised largely of those across the aisle from Stewart, in essence, his real problem is this: he needs to convince conservatives of the case for gun control. Liberals already support it.

Consider a recent study by George Mason University in the journal Science. Researchers surveyed 1,183 participants, asking them to read an article about the benefits and drawbacks of nanotechnology followed by a fabricated comment thread. The article was the same for all participants, but the comment threads varied. Some threads were civil, but some contained rude language arguing both for and against nanotechnology. Researchers found that the harsh language caused participants to polarize in whatever their positions about nanotechnology were to begin with. The believers became more convinced and the skeptics more doubtful. Essentially, the research suggests that insulting language only serves to make people more assured of their original belief on an issue.

In light of this study, Stewart’s record as a diplomat to conservatives is absolutely abysmal. In the gun control segment, he calls the Fox News viewership an amalgam of “God, media and crazy people” and condemns their pro-gun position as being paranoid against “the rise of imaginary Hitler.” Regardless of any opinion of Fox, it seems counter intuitive that invoking the Third Reich might endear Stewart’s cause to skeptics.

This strategy should not come as a surprise considering Stewart’s history at “The Daily Show.” He regularly mocks and vilifies all things conservative and not without reason. His show is a comedy written to appeal to liberals: he should be poking fun at conservatives. Still, when he speaks as a serious advocate on a serious issue, he must be judged by serious standards, the same standards any other gun control advocate would face.

Stewart acts as though he knows of some tipping point, some critical mass of sarcasm, that might eventually cause the pro-gun camp to abandon their entrenched positions. But the more he taunts, the more adamant conservatives become in their devotion to the second amendment and the less of a chance liberals have to enact any kind of firearm regulations. Stewart is shooting himself in the foot.

With a viewership of over two million, the consequences of Stewart’s rhetoric become especially dire. He is creating a culture of counter-productivity among liberals, encouraging them to entertain themselves at the expense of those who desperately need progress. Of course Stewart should always be free to joke as he pleases, but when the stakes are so high, he would do well to find some new material.

Charles Woodlief is a freshman at Oxford College. 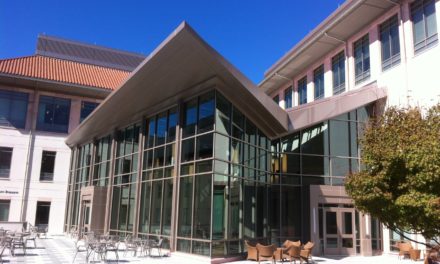 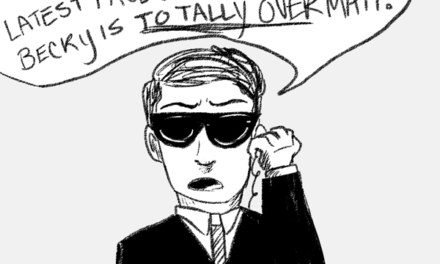 US Involvement In Syria Would Be Disastrous

Senior Reflections: Atypical, Unexpected, and Worth It