Zoberman said in an interview with the Wheel that he planned to speak Nov. 26 and 27 with Speaker of the Legislature and College senior Justin Sia and the bill’s authors — including SGA Governance Committee Chair and College junior William Palmer, Goizueta Business School Representative and graduate student Mark Neufeld and School of Law Representative and graduate student Stephen Lang — to determine “whether or not [they] need to back up one step to make sure that this is done right” because there was “ambiguity and gray area” regarding the constitutionality of the voting procedure.

SGA voted in favor of the bill in the first of two planned times Monday. If Zoberman, Sia and the bill’s authors decide that the process thus far has not complied with the SGA Constitution, SGA would have to remove the bill from the SGA daily calendar and restart the process, Zoberman said.

Zoberman initially said in an interview Friday evening with the Wheel that while an amendment to the SGA Constitution or other SGA code would normally be passed only once, the legislature must pass Bill 50sl19 twice in two consecutive sessions and then send it to University-wide referendum per SGA Finance Code policy because it would adjust the distribution of the SAF fund.

However, when the Wheel asked later that night whether SGA had “sufficiently publicized” the bill per SGA Finance Code’s policy on the process of amending the Code, Zoberman said that the bill’s authors had been under the false impression that it fell under SGA Finance Code. He said that SGA only needed to pass this bill once but the “leadership” of SGA — which he said includes GSGA President and Goizueta Business School graduate student Jared Greenbaum, Sia and himself — felt that requiring SGA to pass Bill 50sl19 twice would give legislators “as much time as possible to touch base with their constituents.”

Per the SGA Constitution, it is the Speaker of the Legislature’s responsibility to notify the student body about the first reading of legislation considered an “Issue of Significance,” which is defined as any change to the constitution, the manner in which offices are chosen, the number of divisional councils or the codes, bylaws or governing documents concerning the collection or distribution of the SAF. Bill 50sl19 would amend the constitution and the way the SAF is handled.

The SGA Constitution mandates the Speaker of the Legislature at least email all enrolled students about that legislation, and that the email must contain the details of the reading and discussion of the bill. The email must come no later than noon of the day that the bill appears on the SGA agenda for its first reading.

No such email was sent to students by noon Nov. 21, when Bill 50sl19 appeared on the SGA agenda for its first reading.

Sia, the Speaker, said in a Nov. 21 interview that if the referendum occurs, SGA’s main responsibilities regarding the bill will be to inform students about how the proposed changes would affect them. As of publishing, he had not replied to request to comment on unfolding events surrounding the bill. 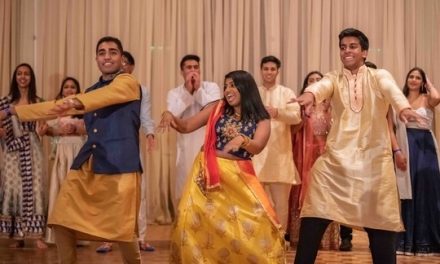