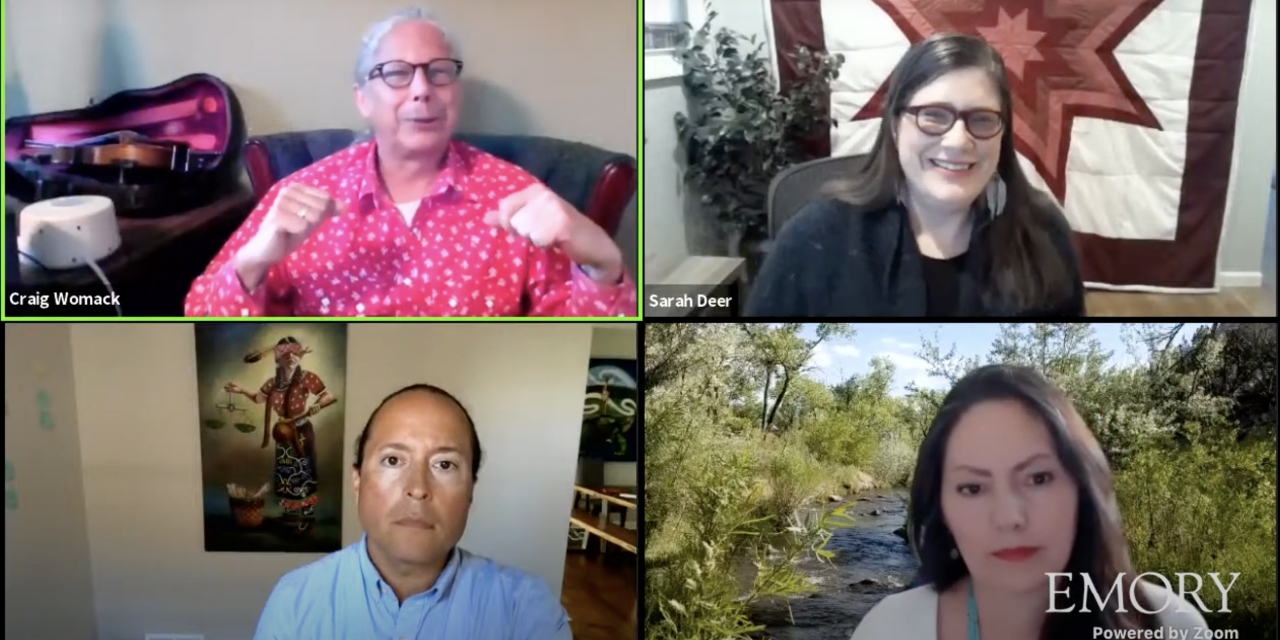 University President Gregory L. Fenves announced in an Oct. 9 email that for the first time, Emory would formally recognize Indigenous Peoples’ Day in honor of the school’s campus being on land historically inhabited by the Muscogee Creek Nation. This holiday, occurring on Oct. 12, coincides with Columbus Day.

“As the Muscogee Creek community continues to confront systemic racism, and as our university acknowledges its own difficult histories, we believe it is important to honor those faculty, staff, and students who create vibrant spaces of inclusion on our campus for Native and Indigenous voices,” Fenves wrote.

In observance of this holiday, Associate Professor of English Craig Womack, who is of Creek ancestry, chaired a panel discussion on Oct. 12 about the recent Supreme Court case McGirt v. Oklahoma and its implications for tribal nations.

In McGirt v. Oklahoma, the state sentenced Jimcy McGirt, a member of the Creek nation, to 1,000 years in prison for child sex abuse. However, McGirt’s defense attorney argued that only the federal government has jurisdiction on Indian reservations, so McGirt was prosecuted by the wrong government. On July 9, the Supreme Court voted 5-4 in favor of McGirt.

“It felt like it set things right for the first time in a long time,” Deer reflected. “It’s about a justice of the Supreme Court acknowledging the harms that were done and fighting for justice today.”

According to Creel, McGirt v. Oklahoma was one of the most important Supreme Court cases in U.S. history in acknowledging that American land was inhabited before white settlers came.

Deer remarked that these advantages are not fully understood and often misconstrued in the press, resulting in backlash from state officials and the general public in Oklahoma. Some now falsely believe, Deer said, that tribes now own the Eastern half of Oklahoma and if a person owns a home in Tulsa or runs a private business on a reservation, that land might get taken away.

However, the Supreme Court decision does not change the status of the land within the reservation. Instead, it grants the Creek Nation more options for exerting governmental power, which does not entail stripping someone’s land or livelihood away from them.

Although many view the case as a victory for Native Americans, Creel noted the importance of recognizing the legal injustices Native Americans still face. The dual society doctrine, allowing two sovereign bodies to prosecute an offender whose action violates laws in both, subject Native Americans to double jeopardy because they can be prosecuted in their own tribes and in federal court under the Major Crimes Act. Native Americans can also face up to a year in jail without the benefit of counsel through sentencing in tribal courts.

“Natives are the only people that that happens to in the United States,” Creel explained. “It continues this problem of over-policing and over-criminalizing and over-incarcerating Native Americans.”

Creel elaborated that it is therefore important for those outside a specific tribal community to participate in being allies, as there are not enough Native people to work on the issues Native Americans face. She contended that the best way to be an ally is to promote Indigenous wisdom and voice through education.

“Combat willful ignorance,” Creel implored. “Don’t give up because these issues are complicated. There is nothing in the United States Constitution that says Natives should be treated disparately. … Be willing to endeavor to fight those injustices where you see them.”