Following the tradition of films birthed from Saturday Night Live (SNL) sketches, including MacGruber and Coneheads, Popstar: Never Stop Never Stopping is just another film that is overly long and much less funny than it thinks it is. A mockumentary that follows the titular popstar, Conner4Real (Andy Samberg), through his massive success and eventual crash and burn, Popstar would see more success as a recurring SNL digital short than a full-length feature film.

The protagonist of the film, Samberg’s Conner4Real, is a wealthy manchild rocketed to superstardom by the success of his musical group The Style Boyz, alongside former bandmate and current DJ Owen (Jorma Taccone). Conner’s persona is a parody of many teen pop stars, most notably Justin Bieber, whose documentary Never Say Never seems to be a large source of inspiration. After Conner’s second album is revealed to be a massive failure, both commercially and critically (receiving a poop emoji out of five stars from Rolling Stone Magazine), Conner flounders as he realizes his time as the world’s biggest popstar might be over.

Conner is vapid, self-centered and unconcerned with anything but his own fame and “dopeness,” but Samberg’s portrayal of the character gives him a sympathetic core, one that the audience, however bafflingly, wants to root for and see succeed. Samberg’s performance comes across as natural, perhaps because it’s a variation of a character he’s been playing for over a decade: the bumbling but catchy musician persona comes straight from his comedy troupe/musical group The Lonely Island. Comprised of Samberg, Taccone and Akiva Schaffer, the group got its start making internet videos and songs, eventually making its way to the national stage via SNL. The success of their digital shorts, including “I’m On A Boat (feat. T-Pain),” “Dick In a Box (feat. Justin Timberlake)” and “Like A Boss,” displayed their legitimate musical talent and humor, eventually leading to the production of three commercial albums.

The musical prowess of Samberg, Schaffer and Taccone produces some of the most likeable parts of Popstar. The songs are catchy and filled with tongue-in-cheek humor, and they carry the film from one weak plot point to the other. From the sheer absurdity of “I’m So Humble” to “I’m a Weirdo,” Samberg and company’s songs lend a brevity and self-awareness that is refreshing and, at times, laugh-out-loud funny.

The film is filled to the brim with celebrity cameos, some of them hilarious and others decidedly dull. Justin Timberlake plays a chef and delivers laughs at every appearance, and Will Arnett’s scathing satire of TMZ (called CMZ in the film) is ludicrous and a pitch perfect imitation of the actual program. Artists ranging from Seal and Ringo Starr to A$AP Rocky and Michael Bolton all make appearances. There is even a subplot involving 1980s band Tony! Toni! Toné! that draws laughs from the audience throughout the film’s entirety.

While Samberg’s charisma and comedic chops as Conner4Real anchor the film, many of the comedic bits mistake shock value for actual humor. In one instance, Conner performs a song called “Finest Girl” in which he details his experiences with a girl that “wanted to f*** [him] harder than the U.S. Military f***ed bin Laden.” Another song espouses that “Mona Lisa [is an] an overrated piece of shit,” which is worth a chuckle at first, but quickly becomes stale after about three minutes. One gag centers around a penis being rubbed on and then dangled inside a window for no reason other than to shock the audience. The gags that are funny don’t last long enough, while the ones that are purely intended for shock value can’t seem to end soon enough.

The concept and the musical elements of the film are well-crafted, but the execution is a little lacking. The dialogue is not as sharp or witty as the songwriting, and some of the characters, including Chris Redd’s Hunter the Hungry, were flat and served only as MacGuffins. Samberg’s presence makes the film more tolerable, and I could easily see Conner4Real heading another film, or even making appearances on SNL.

Popstar is by no means a bad film. It’s wholly enjoyable, and I left humming some of its songs on my drive home. But in the hands of anyone but Samberg, Taccone and Schaffer, Popstar would be nowhere near as passable. So much of the film would fall flat without Samberg’s charm or his, Taccone and Schaffer’s sharp writing. Maybe some of these jokes could have gone through on a weekly live show, but for a feature film, a couple rewrites would have been beneficial. For all the potential hilarity that could come from a feature-length film from The Lonely Island, Popstar ends up feeling like a lot less than the sum of its parts. 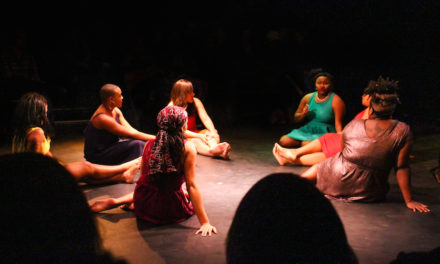 ‘The Founder’ Explores the American Dream 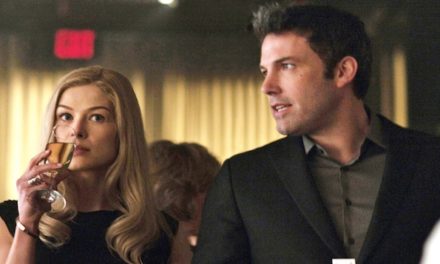