Both teams competed in the College Division of the gold race with the Emory men’s team competing in a 16-team field, scoring 96 points.  First place was Division II team Columbus State at 80 points followed by Georgia Regents with 82 points.  Savannah College of Art and Design (SCAD) claimed fourth place at 145 points and UNC-Pembroke rounded out the top five with 156 points.

Emory senior Alex Fleischhacker led the team with his personal-best 8k time of 25:26, finishing 10th place out of 115 runners.  Senior Eddie Mulder finished after Fleischhacker with a mark of 26:28 and 18th place overall.  Freshman Michael McBane finished 22nd overall with a time of 26:41 while senior Hank Ashforth (26:48) and junior Tyler Cooke (26:49) also scored points for the Eagles.

In the College Division Green Race the Emory men’s team finished with three first place finishes out of 48 in the 8k.  In first place Junior Patrick Crews had a time of 27:12 while freshman Austin Hunt followed with a time of 27:21 and Jake Schlessinger rounded out the top three with a time of 27:35.  Great runs from sophomore Andrew Drumm and Sam Cohen accounted for Emory’s win at 15 points.

The Emory women’s team, ranked 33rd in Division III finished with 127 points out of 17 teams.  Columbus State claimed first place with 78 points followed by UNC-Pembroke in second place with 96 points.

Senior Emily Casear had a personal-best 6k time of 22:32 giving her the ninth spot out of 117 numbers. Junior Marissa Gogniat finished with a time of 22:41 placing 11th and junior Elise Viox and freshman Sophie Cemaj contributed to the team’s score.

In the Green Division race, the Emory women cinched first place out of three teams with 17 points.  Junior Ashley Stumvoll finished first for the Eagles and third overall out of 43 contestants with a 6k time of 23:35.

“We had around ten PRs,” sophomore runner and Wheel reporter Lydia O’Neal said. “Overall we ran really well, but we didn’t place as well as we should have.”

Emory competes again this Saturday, October 5 at Greater Louisville Classic, one of two meets before the Eagles travel to Pittsburgh, Pa. for the University Athletic Association (UAA) Championship races. 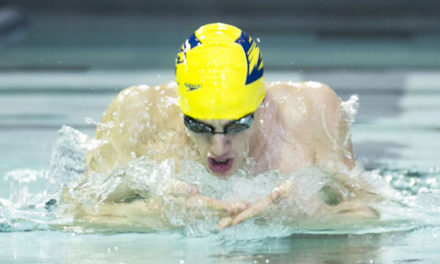