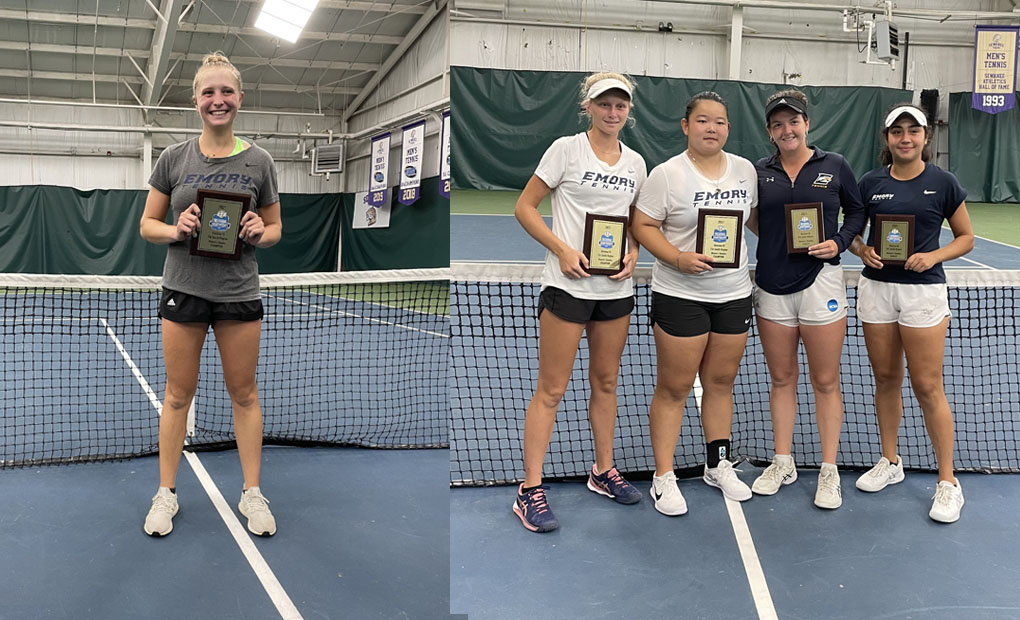 During the tournament, the team was undefeated in singles during the first round on day one. All 11 Eagles that competed defeated their opponents in the 64-player tournament.

Further into the weekend, senior Christina Watson made her way into the semifinals by defeating all but one of her opponents in two sets before falling to Wesleyan College’s (N.C.) Kristal Dule (7-6(1), 6-4). While Dule conquered the semifinals, she soon surrendered with 7-5, 6-2 against last week’s University Athletic Association Tennis Athlete of the Week, McPherron from Emory. McPherron is now the 19th consecutive Eagle and sixth freshman to capture the crown of the ITA South Regional singles championship.

The doubles teams also made tremendous strides during the tournament. The five Eagle duos fighting for the title all reached the quarterfinals. Cartledge and Fatemi encountered Goetz and Li in an all-Emory doubles final. Goetz and Li obtained the title 6-3, 7-5, becoming the 14th consecutive Eagle doubles team to get the ITA crown.

As freshmen players make their way into the first few tournaments of the athletic year, they’re optimistic about upcoming competition. Freshman Mina Toglukdemir was thrilled to play in the tournament especially after heavy COVID-19 protocols.

“Traveling as a team made everyone closer after COVID-19,” Toglukdemir said. “It has been just three weeks and we already feel so ready for other tournaments, and we are just getting started. I do really believe that this year we are going to bring the nationals trophy home.”

Emory remains the strongest team in the ITA rankings and will participate in the upcoming ITA Cup beginning Oct. 14 in Rome, Georgia.