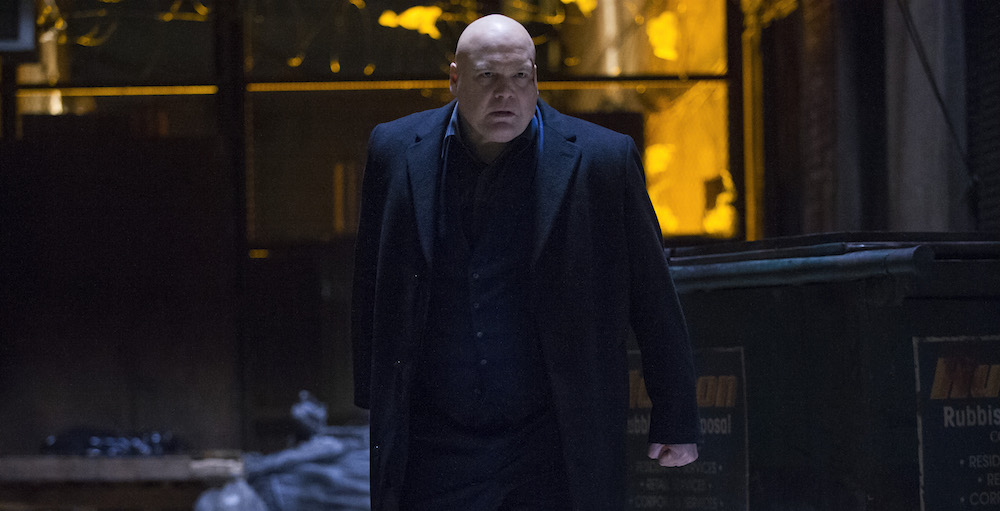 Spoilers in the article below.

Marvel’s best villains are children. I don’t mean that in some existential content-based way where children are holding back the true darkness that Marvel needs — trust me, Marvel doesn’t need me to tell them how to pitch their films, nine billion dollars of revenue tells us they’ve got that down.

Marvel has carved out a culturally impactful universe oriented around their big heroes. They turned B-list comic book benchwarmers like Captain America, Iron Man and Thor into A-list cultural stars. Yet, as of right now, they haven’t managed to do the same for their villains.

Perhaps it’s the overt focus on the heroes and their stories, or perhaps it’s simply the kind of stories they’ve crafted for their films thus far, but the villains of the Marvel universe have remained largely weak and secondary — more devices of plot to be dispensed with when the film is over rather than characters to be built upon and brought from film to film as the heroes and supporting characters often are.

Loki and Arnim Zola are exceptions. But it’s unabashedly an exception that proves the rule. As of the writing of this, the average recurring Marvel character has three films of development time, with some getting four or even five. Loki and Arnim Zola are the only villains to have more than one film, with every other villain having been killed off or otherwise ended in their first film.

And it’s that lack of villain focus that has led to even these individual appearances feeling weak. Characters like Ant-Man’s Yellowjacket, Iron Man 2’s Whiplash and even Ultron from Avengers: Age of Ultron have frankly shallow motivations and inconsistent writing work that often, again, leads to them feeling more like a plot device than a character in a franchise universe.

But there’s a curious wrinkle in that generally wide-ranging statement about the lack of villain focus.

As supplemental material to the mainline of Marvel Studios films, Marvel Television struck a deal with Netflix to produce four shows and a miniseries centered on Marvel’s “street-level” heroes, or the heroes that deal with more realistic street crime and small-scale battles as opposed to the cosmic conflicts and world-threatening political battles of the films. The heroes they would focus on are Daredevil, Jessica Jones, Luke Cage and Iron Fist.

So far, we’ve seen two of these shows with last spring’s Daredevil and the recently released Jessica Jones. Both are great television and I want to specifically single out Jessica Jones, which is a phenomenally paced, dark, well-written and well-acted bit of television that I fully recommend you binge on.

Both shows are also in possession of the two absolute best villains the Marvel has seen.

Daredevil has Wilson Fisk, a businessman who seeks to “improve” Hell’s Kitchen by any means necessary, largely seeking out his own interests in building his criminal empire.

Jessica Jones has Kilgrave, a sadist and psychopath with the power to control minds and a dangerous obsession with titular character Jessica Jones.

What’s interesting about both of these villains is the seemingly deliberate characterization of them as childlike. The clip below is from the final fight between Daredevil and Fisk:

Pay attention to the way Fisk holds himself — that little pout on his lips as he collects his words between outbursts of anger. He’s not just yelling at Daredevil, he’s throwing a tantrum. He’s an adult, but looks very much like a toddler, ready to lash out because he’s not getting what he wants.

Fisk grew up in an abusive home and committed his first murder as a child by killing his father. In a way, the show posits that Fisk stopped growing past that moment, and that he is still that young boy, lashing out at those he sees hurting him, and taking what he wants from the world around him. Fisk is a hurt child, hurting the world back. A bully.

Kilgrave treats the world around him in the same way, except that he never had to take anything from the world. By virtue of his powers, he is always given what he wants.

His ability to control minds through his orders and suggestions gives him a specific kind of entitlement, an entitlement that is clearly ordered in the show as a male power fantasy. He’s constantly well-dressed and takes women as he pleases. And when he’s denied, he becomes obsessed and angry. His “love” for Jessica in the show stems from her functionally being the first to become capable of telling him no.

Kilgrave is created as an entitled and spoiled boy. He had the opportunity to never be told no, and he took it. Even with his regrets, he took the opportunity and made the world his plaything. He took the bodies of women as his property, dismissing them and obsessed with those he was unable to keep. Kilgrave is a boy, taking what he wants, when he wants.

And what fascinates me so much about these characterizations is their reveal of what makes for great villainy.

The childlike nature may seem strange at first, but given the focus on the incidents of childhood that define our heroes, it makes sense. These villains are the conflicts of their lives writ large.

Fisk is a bully fighting Matt Murdock, a man who grew up disabled with a father who was generally considered a bum. Murdock experienced a lot of bullying growing up, and Fisk is likely grounded in the same backstory as so many of the bullies he had to deal with as a child. Fisk taps into a specific aspect of the characterization of the hero and embodies his personal struggle in a physical conflict — one that we can understand on a subconscious level, likely having had a bully of our own. There is satisfaction when he’s finally beaten.

Kilgrave is an entitled boy attempting to reclaim Jessica Jones’ body and mind after having already done so once. Jessica is an unabashedly feminine superhero, and Kilgrave taps into very specific female fears. The embodiment of the manipulations and the entitlement lurking under men who are seemingly just charismatic, Kilgrave is a nightmare come to life. That characterization creates the fear that Jessica (and the audience) feel, and again, the satisfaction of finally being able to overcome Kilgrave and that specific fear.

Marvel needs to look towards these two shows as they continue to advance their universe forward to fully close their grip on all media. The weakness of any of their threats won’t hold as we become more used to their heroes. And perhaps this is something that any blockbuster filmmaker can take a simple lesson from.

Villainy is, as many things are, all in the details. What has lasted with us about film’s great villains is not necessarily their plan, their role in the story or the sadistic or evil things they do. But it’s something about them that taps into the heroes of the film and the fears of the audience. A fear, a worry or something so indelible that it can’t leave our brain.

The best villains don’t stick with us in the rational part of our mind that thinks and analyzes every detail. They stick inside that lizard part of our brain that knows when it’s time to run.