Timothy Albrecht is Back with ‘Bach Live-Lier!’ 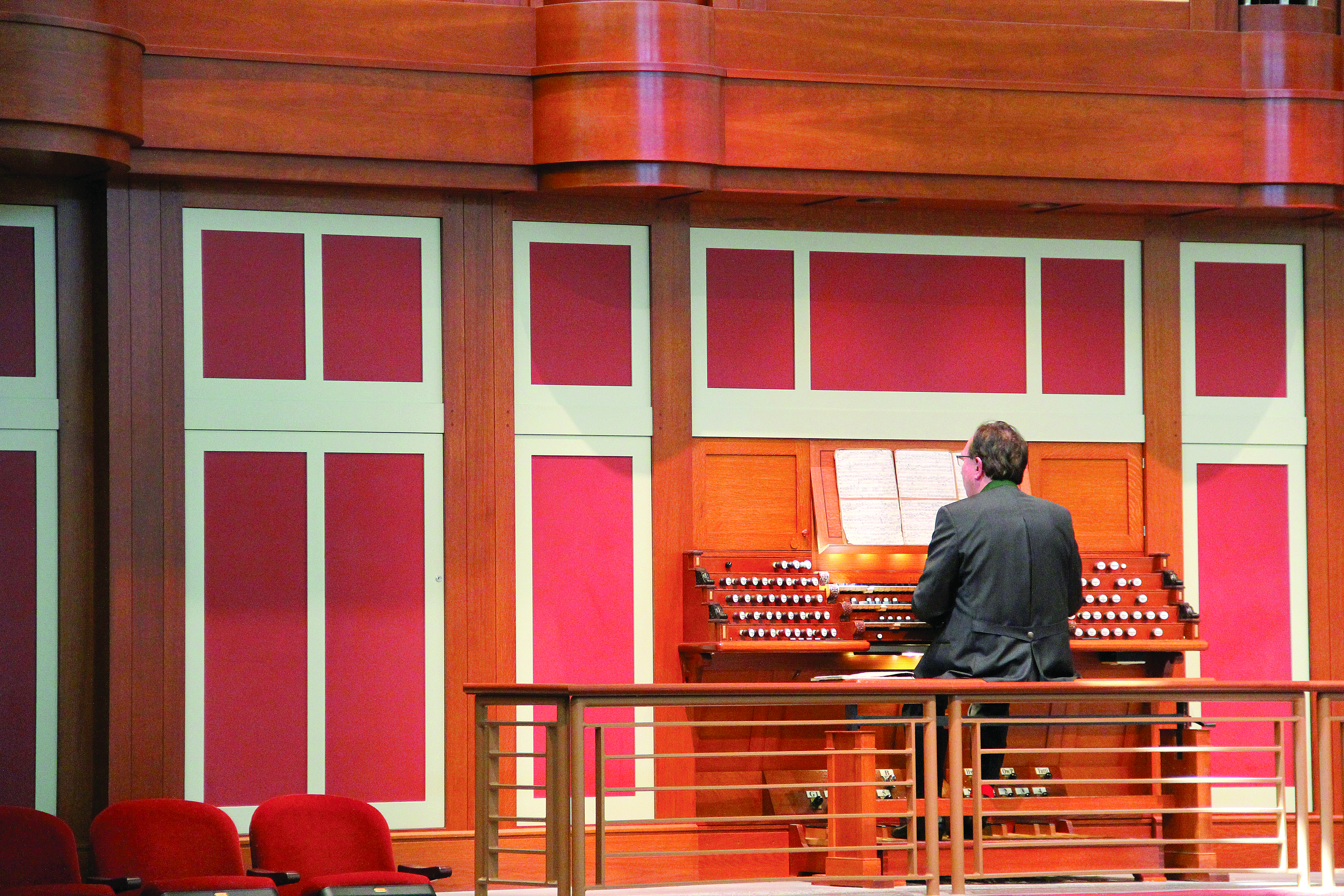 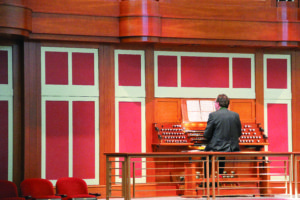 University organist and Music Professor Timothy Albrecht’s performance of “Bach Live-Lier!” on Sept. 9 transformed the vast Emerson Concert Hall into an intimate gathering of friends and fans of classical music alike, with each attendee visibly enthralled until the very last note.

Music’s power is embedded in its ability to transcend generations, and this performance was, without doubt, an inspiring exhibition of the classical genre. The turnout was diverse, from toddlers and college students to middle-aged members of the Atlanta community. Regardless of listeners’ age, Albrecht’s passionate piano, harpsichord and organ playing cleared the mind and solidified a lovely start to the week ahead for all in attendance.

Albrecht, a familiar face on campus, serves as a professor in the Candler School of Theology as well as the Laney Graduate School of Arts and Sciences, where he teaches music education. As Emory University’s chief organist, Albrecht often takes center stage at the Schwartz Center for Performing Arts, showcasing his remarkable aptitude for organ playing through classical compositions like those of Johann Sebastian Bach. Albrecht is no stranger to the intricate and demanding baroque-period style that defines the famed composer’s pieces. In the past, Albrecht has celebrated Bach through recitals at Emory such as “Bach Live,” “Bach Bowl” and “Bach Birthday.” With “Bach Live-Lier!,” Albrecht aimed to add excitement by expanding the number of pieces played in his original “Bach Live” concert, thus setting this new performance up to be livelier than the last.

The concert began promptly at 4 p.m., with Albrecht gracefully striding across the stage and bowing in response to applause from the audience. He swiftly turned to the portative organ in the center of the stage, and proceeded to play “Bouree from English Suite Number 2,” a piece that stood out for its quick tempo requiring the meticulous yet rapid movement of the hands. This was a task that posed no challenge to Albrecht, whose ambidexterity certainly served as an advantage in his playing. The opening composition lasted roughly three minutes and had the audience eager for more.

Upon the first piece’s completion, Albrecht shared his thoughts on the power of Bach’s music with the audience.

“In 1977, NASA sent up Voyager 1 with a record,” Albrecht said to the audience. “It included the ‘Prelude and Fugue in C’ from Book 2 of ‘The Well-Tempered Clavier’ [by Bach] in hopes that whoever may find it out there will celebrate one of our biggest human achievements.”

While the idea of an alien discovering a record playing Bach on a loop incited laughter, Albrecht’s reflection exemplified Bach’s historical significance and the wide-ranging influences he has had on music to this day.

Albrecht continued the performance by making his way to the grand piano. With a determined expression and straight posture, he began “The Art of Fugue, Contrapunctus IX.” Albrecht delicately showcased synergy between chords as the left-hand bass notes mimicked the right-hand soprano notes with the piece’s slow beginning, which later increased in tempo. Albrecht wasn’t afraid to fully immerse himself in the song, rhythmically swaying his head and occasionally lifting his eyebrows.

Moving on to the harpsichord, Albrecht introduced a new sound to the concert. He established a huge contrast between the piano’s sweet sounds and the harpsichord’s more strung out notes. However, the musician delivered a triumphant tone through the recurring consonant chords in “O Eternity,” creating a similar feeling of satisfaction established by the piano.

It quickly became clear that Albrecht was telling a story with his selected repertoire, order of the compositions and varying sounds, with each instrument giving a new experience that added to the intricacy of the concert as a whole.

Disappearing from the stage to begin his next piece, Albrecht returned a few moments later upstairs in front of the prominent centerpiece of Emerson Concert Hall, the Werner Wortsman Memorial Organ. Standing at over 30 feet, the pipe organ’s wooden towers and golden floral carvings immediately enticed the audience, drawing each attendee to lean in closer as anticipation grew.

Instantly, silence was replaced with reverberating echoes of lively sound, as Albrecht produced a striking series of notes that commanded the pipes to reply to his playing with invigorating noise. Matching the fluidity of the music, Albrecht elegantly swept his hands across the organ’s manuals and feet along the pedals, creating a beautiful array of tone colors. His performance of “Fantasy and Fugue in G Minor” was the most memorable, as it demanded the most of Albrecht’s skills and showcased the rigor involved in mastering such a difficult piece. The song immediately set a more serious ambiance in the concert hall, as the minor chords created an overwhelming yet captivating sense of suspense with the increasing prevalence of dissonance. Tensions ignited by the organ’s clashing overtones were resolved by a melodious note at the piece’s powerful conclusion.

Albrecht shined at the pipe organ, evidenced by the standing ovation at the end of his hour-long performance.

“Bach Live-Lier!” was not only an entertaining show on a Sunday evening, but an educational lesson on the exciting history of an iconic composer. In a world where rap and pop have come to dominate the modern music scene, the hidden gem of classical music provides a peaceful space that anyone can enjoy. At Emory, Albrecht’s performance of “Bach Live-Lier!” was successful in creating such a space.