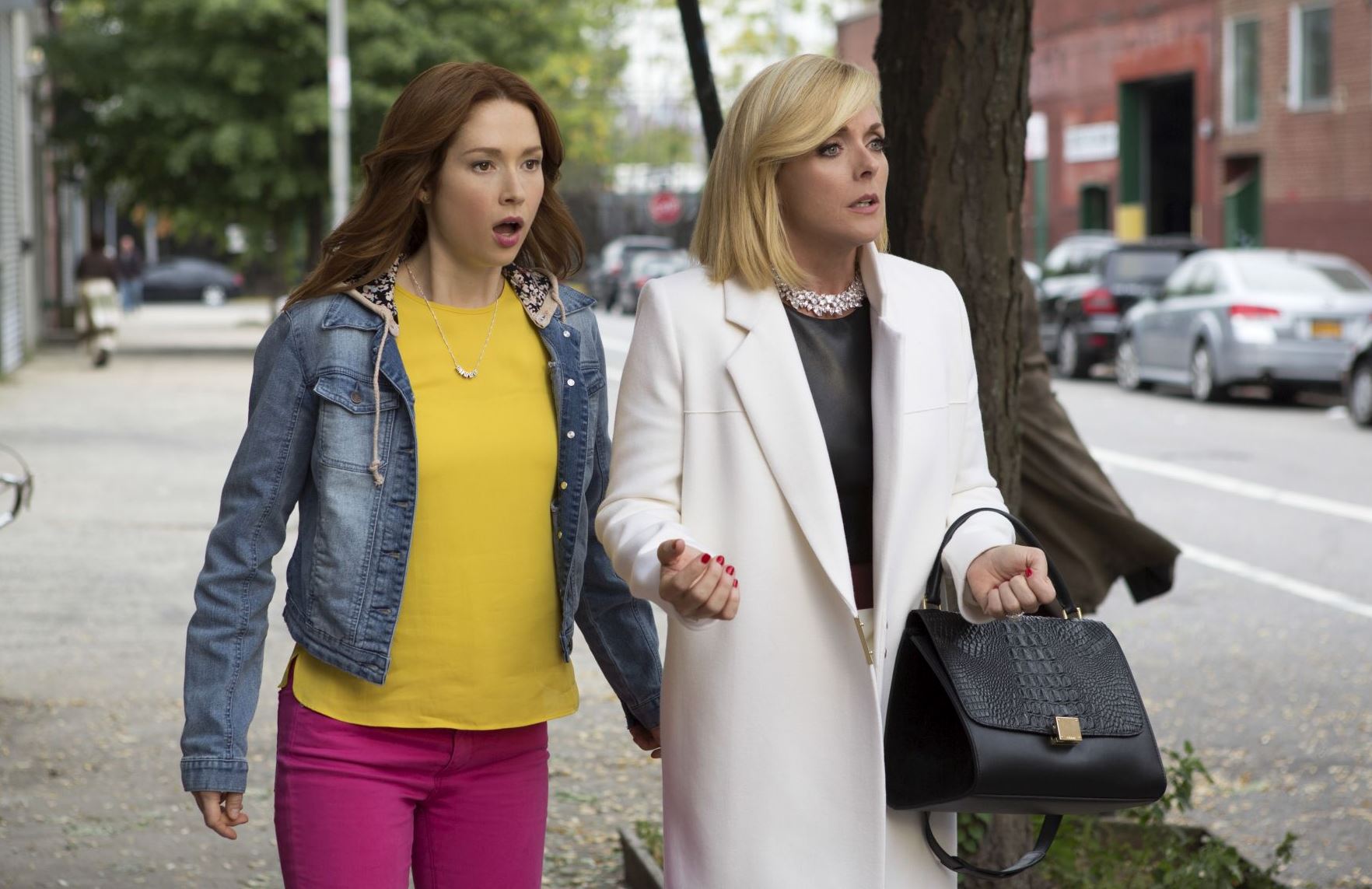 Unbreakable Kimmy Schmidt season two is unlike anything we’ve ever seen. Sure, deep in its DNA is Tina Fey’s work on 30 Rock and Saturday Night Live. And yes, it definitely keeps some small portion of the house style of NBC from its early developments in season one. But it is a show that goes much further than any NBC sitcom ever has, because now, this is a Netflix show.

In season two, we rejoin Kimmy Schmidt (Ellie Kemper), who was kidnapped by Reverend Richard Wayne Gary Wayne (Jon Hamm) and kept underground in a bunker for 15 years until she was rescued. The show follows Kimmy picking up the pieces of her life and trying to create a new life in New York City with her friends: Titus Andromedon (Tituss Burgess), a struggling actor with a personality that goes to the moon; Jacqueline White (Jane Krakowski), a Native American woman who has crafted a life as a rich white woman; and Lillian Kaushtupper (Carol Kane), Kimmy’s aged landlord and the neighborhood eccentric.

It’s likely that this fundamental strangeness is why NBC passed on the show (given their recent reluctance to pursue comedy as programming) and why it’s to viewers’ benefit that Netflix picked it up. In the first season, the show seemed to be written largely for NBC, given its conservative and episodic nature. Season two, however, was developed after the Netflix deal and in the light of the binge-watching phenomenon.

It’s not a standard comedy. It’s a world where everyone is talking about Frasier in 2016, where people want to know whether or not Cate Blanchett is good or just tall and where everyone seems to be in on some big joke. As a viewer, there can be something difficult about hooking into a world so aggressively foreign.

It’s also a comedy built on the back of a woman who was kidnapped as a teenager, and given her PTSD and reluctance to be touched, likely went through some horrible things. And that isn’t just a toss-off; it’s a fundamental part of the show.

That kind of darkness could overwhelm the show, not necessarily narratively, but in the audience’s mind. It’s hard to laugh at a girl whom we know is going through so much. The first season proved that we could laugh with her and at her world, but never laugh at what she’s been through. The second season doubles down on and excels at that mission, beginning to give us something to connect with.

Part of that is thanks to the performances. Kemper gives an every-award-available-worthy performance as Kimmy Schmidt. She’s full-bore, bone-deep committed to the role, dropping into this perpetually sunny character with a great big smile on her face at all times. But she’s more than willing to live within this character and show her layers of regret and anger over her situation, which works wonderfully. You always get the sense that her optimism is tightly wound, and that’s fascinating.

And showrunners Fey and Robert Carlock brilliantly connect the characters around this central thematic of dealing with finding a place in a world that doesn’t seem to make sense.

Jacqueline is cast out of a world she never really wanted (her Native American home) as well as the world she always aspired to (her wealthy New York City life) when her husband Julian Voorhees finally leaves her. Titus enters into a relationship, a situation he’s never actually been in before, and he’s trying to adjust to that world. Lillian is growing old and out of touch with a neighborhood that is becoming gentrified beyond her recognition.

Every actor here sells that underlying story element with their huge and ridiculous comedic moments. But there’s a melancholy underlying this whole series that is never out of step with the joke-a-minute pace, and that’s where the show’s brilliance lies.

Take new character Andrea, played by series co-creator Fey. She’s both a therapist and a late-night roaring alcoholic to the point that she is pitched as two different characters, “Day Andrea” and “Night Andrea.” She’s clearly in deep despair, but the show knows how to mine every bit of comedy and pathos out of those dueling performances.

That’s the dichotomy of the show, yet it remains unabashedly a comedy thanks to the structure and freedom that Netflix affords.

As such, the show is given a binge structure. This structure is not just embodied story-wise, where each episode flows into the next, seemingly depicting a continuous narrative rather than a week-by-week story, but it also comes to life in the way the show tells its jokes. It’s a refinement of what we saw in Arrested Development season four, in which the running gags come as part of the binge assault. The rapidity with which we watch the show allows us to pick up on them and also to make them become part of the world.

Running gags with that much speed become character flavor and world building — take the repeated ‘90s pop culture references that litter this season of Unbreakable Kimmy Schmidt. That’s partially because they’re the in-thing for nostalgia today. But the ‘90s are when Kimmy was kidnapped, and that’s the last time period she has a frame of reference for, so of course she’s mentally stuck there.

Unbreakable Kimmy Schmidt is raucously funny, yes. But Fey and Carlock have put something underneath it that makes it hit harder. The best comedy is that which would hold up without the jokes, and Netflix’s structure has given this season the backbone it needs.