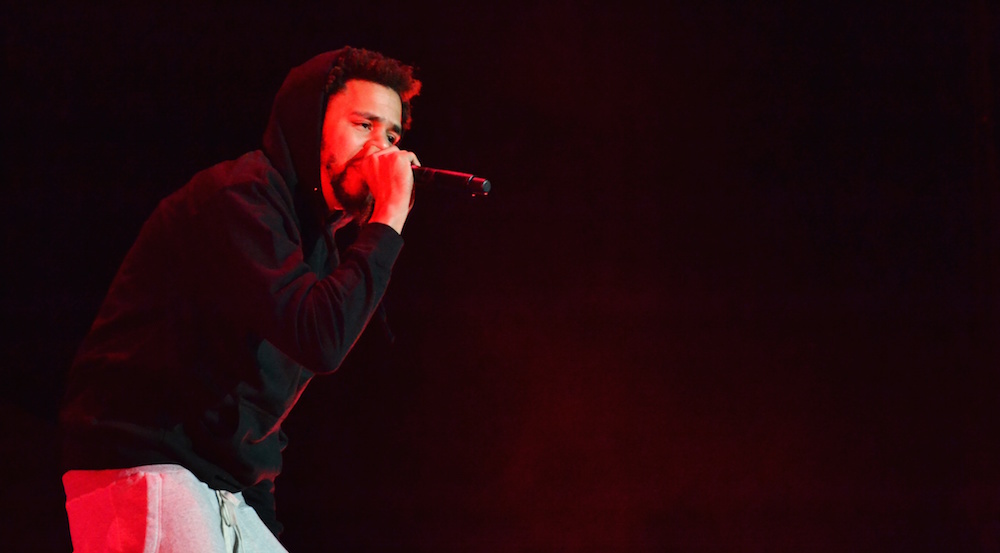 After much anticipation, hip hop artist J. Cole and house music duo The Knocks brought throngs of Emory students together to close Dooley’s Week with their weekend concerts.

Hip hop artist J. Cole was nominated for the Best New Artist award at the 54th Grammy Awards in 2012 and his most recent album 2014 Forest Hills Drive was his third to debut at number one on the Billboard 200 chart. The Nu-Disco group The Knocks are an electronic music duo from New York City consisting of Ben Ruttner and James Patterson. They have played alongside numerous top artists, including Ellie Goulding and Diplo, and their 2014 hit song “Classic” has been supported by numerous DJs across the world.

Bright lights lit up McDonough Field, and screams of excited students echoed around campus, while students, alumni and guests danced to the hip hop and electric sounds coming from the stage.

Doors opened at 7:00 p.m., but students began lining up as early as 4:00 p.m., as SPC advertised that students would be turned away after the concert reached capacity. At John Mulaney’s show on Thursday evening, SPC reached capacity before dismissing more than 100 students.

College freshman Emme Luck said she and her friends worried that they would not make it through the gate and decided to get in line around 5:30 p.m.

“I knew a lot of people were excited to see J. Cole, and we didn’t want to be turned away,” Luck said. SPC ultimately let people into McDonough until the concert ended.

J. Cole, who did not begin until 9:30 p.m., played many songs from his most recent album, 2014 Forest Hills Drive. He also sang some classic crowd favorites, like “In the Morning” and “Crooked Smile.”

The crowd packed into a small portion of the field, everyone trying to get as close to the stage as possible and huddling together for body heat, as the temperature hovered in the mid-forties. He closed the show with his hit “Power Trip,” a song the whole crowd could sing along to.

Long-time J. Cole fan and Goizueta Business School junior Max Levinson said Friday’s concert was his favorite one put on by SPC in his past three years at Emory.

“I knew J. Cole would attract a lot of Emory students and people off-campus, but the fact that people were lining up at 4:00 [p.m.] is an indicator of how big of a draw he was,” Levinson said.

On Saturday evening, The Knocks took the stage at McDonough Field for Dooley’s Beach Ball. SPC provided Zaxby’s chicken, pizza and cookies for students in attendance.

The duo played their popular singles, such as “Classic” and “Modern Hearts,” as well as remixes of well-known hits.

“I had a great time dancing with my friends and really enjoyed their remixes of the throwbacks everyone knows,” Vance said.