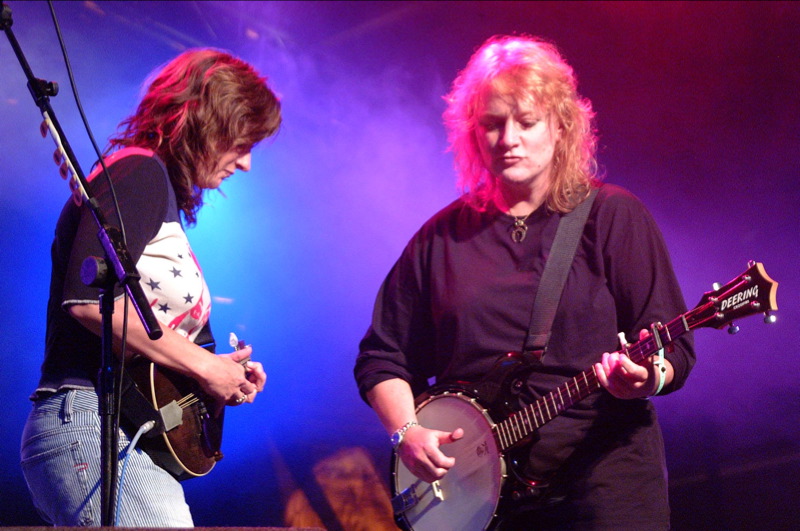 The Grammy award-winning folk rock duo — and Emory alumnae — the Indigo Girls will perform for the 2015 Emory Homecoming concert.

The concert, which will take place on Saturday, Sept. 26 on McDonough Field, is one of the many festivities planned to celebrate Emory’s 100th year in Atlanta. Gates will open at 2 p.m. for fun, food and games. The Indigo Girls are expected to begin at 3:30.

“This September, we will celebrate Emory’s Centennial year and wanted to bring in a headliner who means a lot to our school,” said Alumni Association Director of Student and Alumni Programs Gloria Grevas. She has partnered with the Student Programming Council (SPC) to plan the weekend events.

SPC President and College senior Genevieve Roth echoed Grevas’ excitement to have an alumni performance for the celebration of Emory’s centennial year in Atlanta.

“SPC is thrilled to have an alumni performance for the centennial year of the Atlanta campus,” she said. “One of our events will be dedicated to celebrating this exciting year. We worked with the Alumni Association to select the Indigo Girls and will be announcing the other performers soon.”

The Indigo Girls were the obvious choice, Grevas explained. The duo, Emily Saliers (’85C) and Amy Ray (’86C) grew up together in Decatur before attending Emory, and it was during their undergraduate years that Ray and Saliers began using the name “the Indigo Girls.”

Since their days of performing in Emory Village during the mid-80s, the Indigo Girls have won a Grammy (Best Contemporary Folk Album in 1990), received seven other Grammy nominations, released 15 studio albums and have become champions of LGBT rights and environmental stewardship.

“Our love for Emory University runs deeply,” Ray and Saliers wrote in an email to the Wheel. “Our experience there helped shape us and provided a springboard for our nascent career. Coming back to Emory and playing for [Saliers’] 30th class reunion is a remarkable homecoming.”

Although the Indigo Girls perform at Emory from time-to-time, they have not made an appearance on campus since 2010.

“I grew up listening to the Indigo Girls and playing their songs on my guitar, knowing they too were from Atlanta,” College sophomore and Atlanta-native Amy Gorowitz said after hearing the Indigo Girls would be the headliner for this year’s concert. “I am so excited to finally be seeing them perform at Emory!”

The concert, and the entire weekend, will be “a really great way for students and alumni to come together and enjoy Emory,” Grevas said.

Ray and Saliers expressed their excitement as well.

“We look forward to being on our old, current and future stomping grounds,” they wrote in an email to the Wheel.

The concert and festival will be free, but students and alumni are invited to register here beforehand.