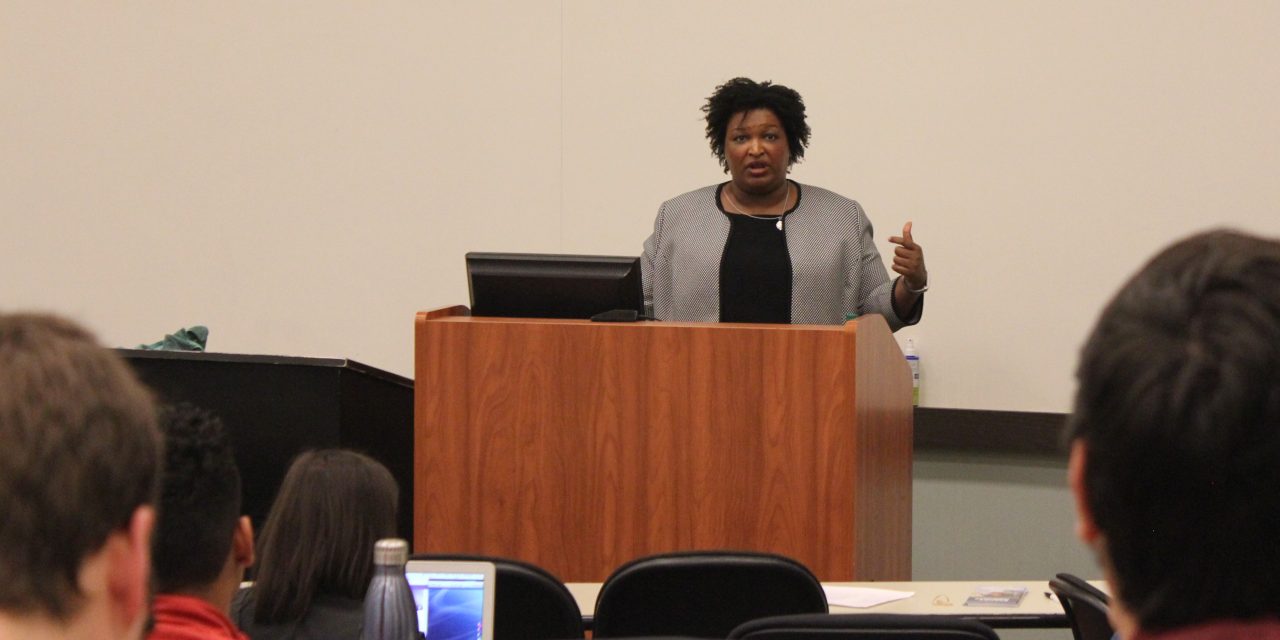 Former Democratic gubernatorial candidate Stacey Abrams launched her second campaign for governor on Dec. 1. After losing to then-Secretary of State Brian Kemp in 2018 by 1.5 percentage points, Abrams seeks to win the Democratic primary and challenge the Republican nominee in what is predicted to be an extremely close rematch.

While Abrams will likely face little resistance in the Democratic primary, Kemp will face a more difficult primary. Former U.S. Senator David Perdue (R-Ga.) has challenged Kemp in the Republican primary and is endorsed by former President Donald Trump.

The 2022 election cycle will have its own idiosyncrasies, according to Associate Professor of Political Science Andra Gillespie. Even if Kemp and Abrams win their respective primaries , Gillespie said that the match-up is likely to be very different from last time.

Following Abrams’ announcement, Kemp responded with a series of tweets about the former state representative and House minority leader.

“With Stacey Abrams in control, Georgia would have shut down, students would have been barred from their classrooms and woke politics would be the law of the land and the lesson plan in our schools,” Kemp tweeted. “Her far-left agenda of open borders, gun confiscation, high taxes, and anti-law enforcement policies don’t reflect who we are as Georgians.”

“He’s also going to bring up standard Republican tropes that tie to race, like the implementation of critical race theory as part of the curriculum — even though it’s not a part of Georgia’s curriculum,” Gillespie said. “For his supporters, he’s going to argue that the risk of opening up Georgia early during the pandemic ended up reaping rewards for the state.”

Professor of Political Science Alan Abramowitz, who is a renowned elections expert, said the question of Trump’s false claim that 2020 was a “stolen election” will be a key issue in the Republican primary. Abramowitz said he believes Trump pushed for Perdue to run because the former president feels Kemp didn’t fight for him to overturn the election in his favor.

For the Democrats, certain issues will be similar to those in 2018, such as Medicaid expansion and health care access, said Katherine Vigilante, senior lecturer in political science at Oxford College.

“It depends on who is the Republican nominee,” Vigilante said. “But you could definitely throw those statistics at Kemp, as opposed to a new challenger.”

Abrams is an advocate for Medicaid expansion in the state, which Gillespie believes will be talked about extensively in context of the COVID-19 pandemic.

“I also expect that she will try to talk about kitchen table issues to make the case that Democratic governance would do better for helping everyday Georgians and middle class Georgians, especially as they face inflation and other economic challenges,” Gillespie said.

According to Abramowitz, as far as the general election is concerned, voters will likely be concerned about the economy, the pandemic and some of the big legislative packages passed by congressional Democrats in the past year. Republicans will likely talk about immigration and crime, and abortion could also be a big issue in the wake of the recent Mississippi abortion case heard by the Supreme Court.

Vigilante noted that it is still an open question if Kemp will even win the GOP primary. Given Trump’s endorsement of Perdue, the portion of the Republican base that is loyal to Trump might not support Kemp.

“Kemp’s weakness is that he is going to have a harder time convincing the Trump base to vote for him, which could be a greater liability for him in terms of the primary election,” Gillespie said.

Abramowitz said whoever comes out of the Republican primary will have to deal with a deeply divided party. Additionally, the divisions created by Trump are likely to spill over into state legislative races and other down-ballot races, as well as the U.S. Senate race.

“You’ve got Stacy Abrams with a clear path to the Democratic nomination with a very unified Democratic party behind her,” Abramowitz  said. “Kemp is going to have a problem trying to unite Republicans where he’s facing a challenger who is being supported by Trump and Trump’s allies.”

Gubernatorial Candidate Stacey Abrams poses with students on her visit to the Emory College of Arts and Sciences campus on March 19. (Gabriella Lewis)

The general election race, regardless of who the Republican nominee is, will be extremely competitive, Gillespie predicted. Gone are the days where state-wide Republican candidates win by comfortable margins, as demonstrated by the 2018 and 2020 elections in the state. Gillespie said that whoever comes out victorious will likely win by less than five percentage points.

The upcoming election will also differ from the previous two in terms of how new voting laws in Georgia might impact young people. According to Vigilante, voters are now required to request the absentee ballot, which must be printed, signed and received no fewer than 11 days prior to the election.

Young Democrats of Emory President Eden Yonas (22C), who was too young to vote in the 2018 election, said it was “extremely disappointing” to watch the results and not be able to do anything because of alleged voter suppression.

According to Yonas, part of the Young Democrats’ initiatives focuses on protecting voter integrity in the state. Because the 2018 runoff garnered so much attention, there was a lot of momentum from students wanting to get involved in the political process.

“I really hope we don’t see something similar, but you never know,” Yonas said. “As Young Dems, when we’re registering people to vote, we’re not just registering Democrats — we’re registering everyone, so we hope everyone can have the right to vote at this point.”

The anti-Trump movement in 2018 where young people turned out more than ever isn’t expected to last, Vigilante said. She said that Abrams will have to focus on getting young people out at the polls.

Vigilante also mentioned that given Abrams’ work with Fair Fight and how many voters were registered in the 2020 elections and runoffs, she has established a deep base and national name recognition.

However, Gillespie said Kemp has an advantage as an  incumbent candidate.

“Regardless of whether or not you like or dislike Governor Kemp, we’ve had four years of his leadership,” Gillespie said. “We know and have some expectations of how he will govern in his second term, and that will matter to people.”

Robert Schmad (23C), chairman of Emory College Republicans, said Kemp has done a “solid” job leading Georgia through the pandemic by balancing economic and public health interests. He feels that Abrams’ nomination would increase the chances a Republican will win the general election.

“On the Democratic side, I think she is the best case for us,” Schmad said. “She’s not a very good candidate. She lost when the national environment was something like 8.4 points in favor of Democrats, losing to Kemp by almost two points in a state where a lot of demographic trends are working against Republicans.”

Looking at 2022, Schmad believes the political environment seems hostile to Democrats nationally, which he hopes will carry over into Georgia.

Ultimately, Abramowitz sees the election’s status to be largely uncertain at this early stage. Kemp’s uncertainty of winning his party’s nomination as an incumbent is a danger sign for Republicans, he said. But even though Abrams has some obvious advantages, Abramowitz acknowledged the nation’s political environment year is still uncertain.

“Those are our big unknowns,” Abramowitz said. “What’s going to happen in the Republican primary? How are voters going to see Biden, the economy and the pandemic some eight to nine months from now?”