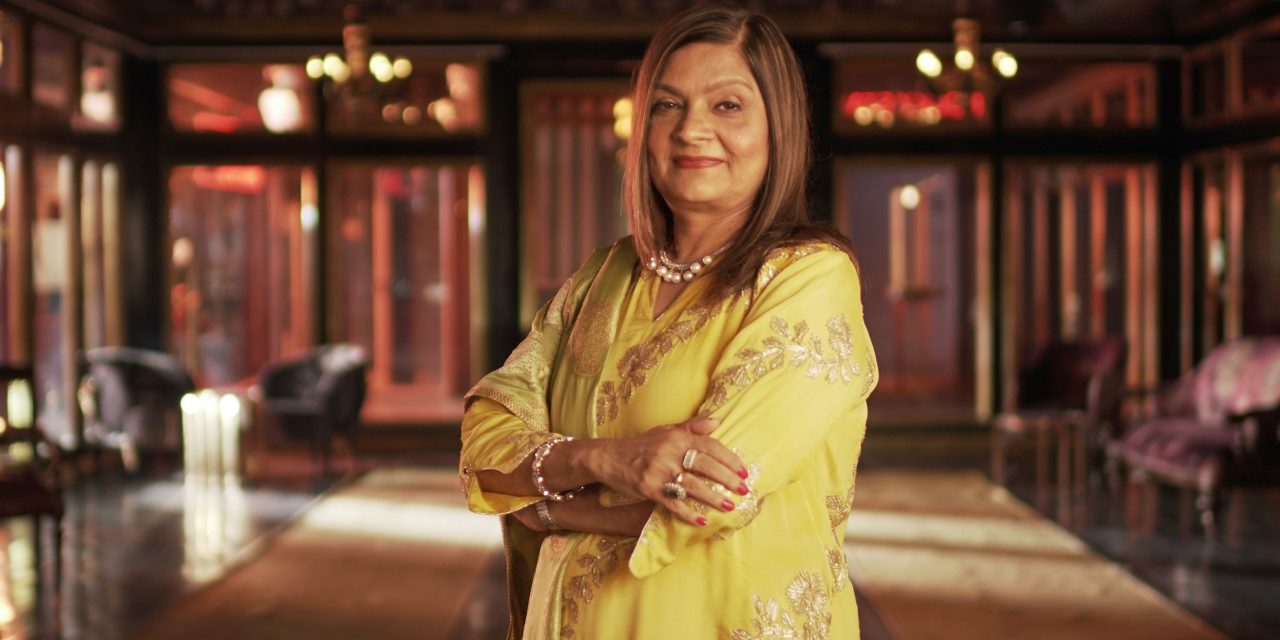 Shortly after the release of Mindy Kaling’s “Never Have I Ever,” which was recently renewed for a second season, Netflix debuts another original series highlighting the South Asian experience. Smriti Mundhra’s documentary “Indian Matchmaking” explores the arranged marriage process with top Mumbai-based matchmaker Sima Taparia at the center of the show’s exciting dates, nervous breakdowns and intense confrontations.

Taparia’s matching process is simple yet calculated. She flies to her clients’ residences, meets their families and explores their living and working habits to help each of them find their soulmates. After her clients lay out their criteria for a partner, Taparia heads back to Mumbai to explore her database filled with information about the men and women she works with, ranging from height and age to caste and family background. Once she finds an appropriate match for her client, she relays their information to the family. It’s then up to the client to decide if a date between the two parties would be worthwhile. Dates are arranged, and if the match doesn’t work, it’s back to the drawing board for Taparia until her work is done. 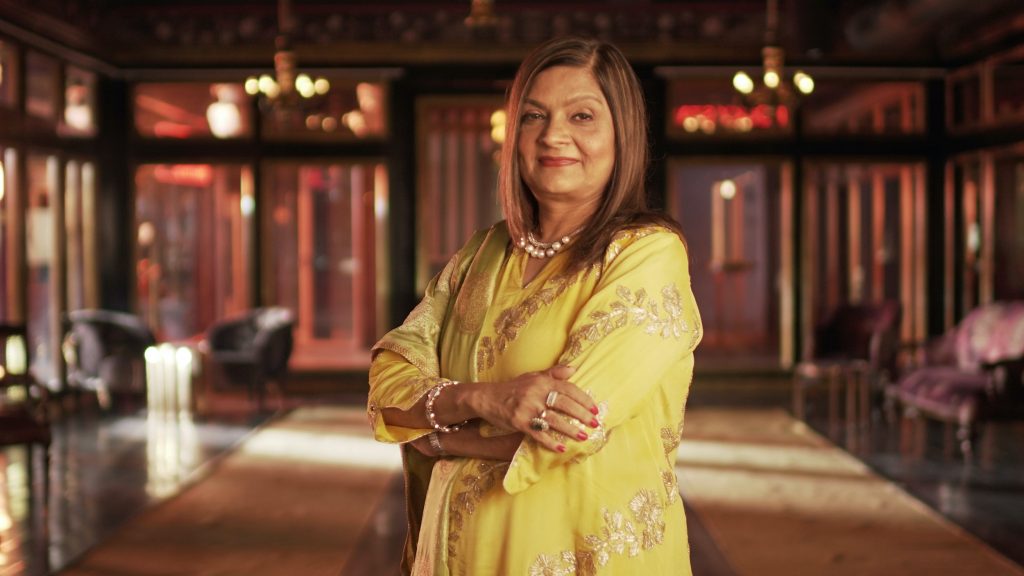 Although Taparia is proud to be a so-called “modern matchmaker,” we see many traditionalist South Asian practices on display in the show. To Taparia, working with her high-achieving client Aparna Shewakramani, a 34-year-old Houston-based attorney, is a tough task due to Shewakramani’s “high standards” and her “busy lifestyle.” Instead of placing Shewakramani’s accomplishments in a positive light, Taparia is quick to call her “adamant and stubborn” as her client refuses to settle for anything short of her personal expectations.

When Shewakramani chooses to explore her options instead of immediately settling down with her first few matches, Taparia frowns upon Shewakramani’s “fickle-minded nature” and sends an astrologist her way to see if she is ready for marriage. When Taparia’s job gets tough, she relies on external sources like life coaches, astrologists and physiognomists to validate her choices and help her fast-track the marriage timeline for many of her more “troublesome” clients. She refuses to acknowledge the fact that some of her clients may just need a little more time to make such a life-altering decision.

Rather problematically, Taparia constantly reifies colorism in her matchmaking. She assesses the quality of her clients by the “fairness” of their skin and their physical features before anything else. To her, a “slim, trim, tall and fair” woman is worth the praise, as she makes the job easier. Even then, in the case of beautiful Nadia Jagessar, a Guyanese-American event planner from New Jersey, Taparia immediately disapproved of her ethnic background, stating that “traditional Indian men” would likely not be interested in her. 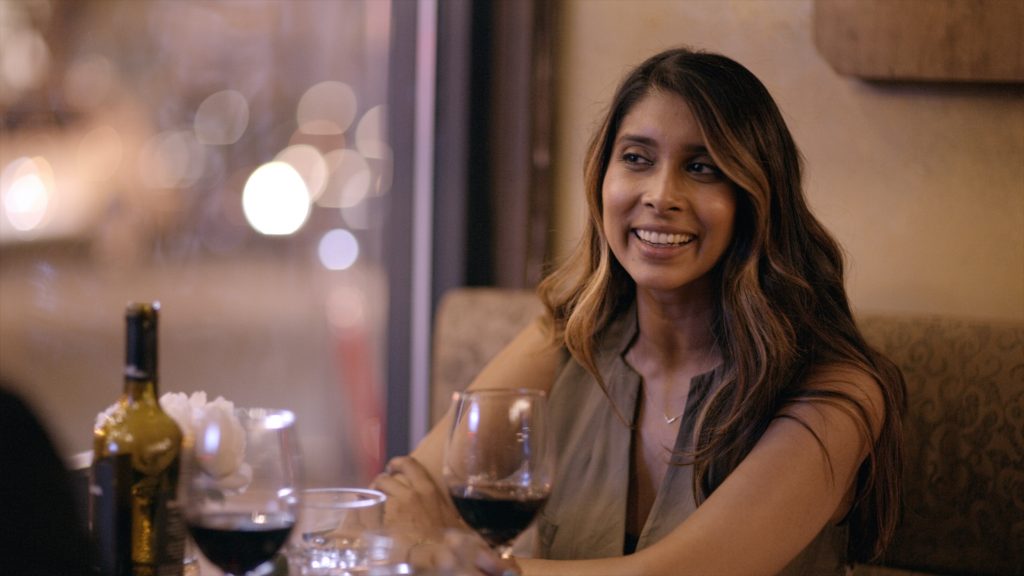 Nadia Jagessar smiles during her date with Vinay Chadha (not pictured) while conversing about their mutual hatred of ketchup./Courtesy of Netflix

Even though her Guyanese parents are ethnically Indian, Taparia constructs Jagessar’s identity as a roadblock to marriage. Instead of meeting Jagessar’s listed criteria, Taparia presents her with Ravi Guru Singh, a half-Guyanese lawyer from New York, assuming that their mutual background would be enough for the two to hit it off. Their relationship comes to a screeching halt as the two had no aligned interests.

Some of Taparia’s clients specifically request matches of a certain skin tone. Richa, a client introduced briefly in the final minutes of the season, naturally includes “not too dark, you know, fair-skinned” among her list of criteria for a partner. Although some might argue that younger generations are actively working to remove colorism from their communities, we are presented with an example that does exactly the opposite. “Modern matchmaker” Sima Taparia does nothing to recognize this wrongful statement, making her complicit in colorism.

Matching people based on their family backgrounds also promotes the conservative idea that individuals should only marry within certain cultural groups. Within India, Pakistan, Nepal and Sri Lanka, among other South Asian countries, caste systems have dominated the marriage scene for centuries. The Hindu caste system is a form of social hierarchy that divides individuals into castes or “varnas.” Many parents and their children insist on marrying within their own caste (or higher), clouding their discrimination behind innocent phrases like finding a match from a “similar background.” Taparia should instead encourage her clients to choose their partner based on their compatibility and not classist factors.

Despite the flaws present in her matchmaking, Taparia finds unique ways to push back against traditional arranged marriages. Matchmaking, historically, is a rushed practice: parents look through proposals from potential suitors, pick one most appropriate for their child and quickly make arrangements for an engagement and wedding. Often, the new couple only gets to meet once or twice before being pushed into a lifelong commitment. My parents only met each other four times in person before tying the knot in an arranged marriage. By refusing to adhere to regressive practices, Taparia’s business places young adults, rather than their parents, in the driver’s seat.

While Taparia eagerly promotes her message of “compromise” in marriage, her attempt to break down long-held colorist and classist beliefs of marriage-seeking Indians and Indian Americans is perfunctory at best. Her hypocritical practices don’t do the structure of the show justice. Mundhra works hard to help viewers navigate the ups and downs of finding a life partner and does so in a fluid, dynamic way. By integrating date footage with the personal reflections of each cast member, we witness matchmaking from a variety of vantage points. As much as I enjoyed watching the show and yearn for another season, I was ashamed to see harmful South Asian practices glorified on an international scale.

Unless “Indian Matchmaking” can properly challenge the painful truths present in the arranged marriage process, the number of negative reviews of the show seen online will grow. It’s time for the Indian television industry to not only expose the problems present in South Asian culture but also take active steps to remove them.