Even as someone aspiring to be a physician, I confess that health care confuses me. The ability of modern medicine to heal is exquisite, yet its price can be debilitating. In 2018, Americans borrowed $88 billion to pay for health care. While those costs arise from the unwieldy interaction of legislation, patient care, business, insurance and pharmaceuticals, one particular feature of our health care system contributes insidiously to this exorbitance: the chargemaster.

A chargemaster is a list enumerating prices for every procedure, drug and service at a hospital. Every hospital uses them in line with the dominant fee-for-service model in the U.S., which refers to the practice of compensating providers for each service they perform. If a hospital patient receives an ultrasound and a physician consultation, each of those services is charged individually according to the hospital’s chargemaster. Superficially, this makes sense. But the chargemasters themselves are seriously suspicious.

One California hospital’s publicly-available chargemaster prices a common painkiller, ibuprofen (Advil), at $1.24 per tablet. CVS sells the exact medication for 10 cents per tablet. Even more outrageous than this price difference is the fact that it is far from an outlier. Given that patients can receive hundreds of services billed according to the chargemaster, these inflated costs begin to accumulate, leading quickly to devastatingly expensive bills.

There isn’t really a clear explanation for such insane costs. In “The Bitter Pill,” Steven Brill reveals that hospital executives are unable to explain why chargemaster pricings between hospitals are inconsistent and don’t seem to be based on any transparent, well-defined protocols. For instance, Medicare, which meticulously calculates, sets and mandates reimbursements to hospitals, pays hospitals the $13.94 that a blood test is worth when the chargemaster lists the same procedure at $199.50. A reliable insurance plan like Medicare can mitigate high prices. The issue, of course, is that not everyone is eligible for Medicare, so the approximately 27.5 million uninsured people in America are defaulted to the chargemaster pricing, and even those with mediocre insurance plans could easily find themselves in trouble.

Many arguments attempt to explain why prices are so high, from rising service costs to the necessity of covering non-paying patients’ expenses. However, these justifications don’t quite convince me. Brill, in his article, points out that non-profit hospitals have an average operating profit margin of 11.7%. In 2013, seven non-profit hospitals raked in over $163 million in profits from patient care. Profits are funneled into improving facilities, hiring additional staff and offering more services, among other tasks. Sure, some of these benefit patient care, but marginally improving the already high quality of health care in the U.S. is not necessarily more important than ameliorating its dire inaccessibility. Why not sacrifice visual luster for greater affordability?

Given such high inflation with little reasoning provided, chargemasters’ opacity is an issue. Brill suggests that the chargemaster, in its current form, should be outlawed. While this may not be possible, I believe that policies need to be implemented to control costs. However, as students, we don’t always have the power necessary to institute such sweeping changes. But we do have voices that can make subtle, yet impactful, health care injustices known. This is a necessary step in pushing hospital executives to make chargemasters transparent and encouraging others to lobby in support of regulating them. If the chargemaster remains untouched, we must fight its unjust prices with a broader approach.

We can vote for politicians this November who advocate for health care accessibility in ways such as expanding health insurance coverage and the Affordable Care Act. We can also support nonprofits that fight for accessible health care, like Healthcare-Now!, and let our friends and family know that chargemaster prices are negotiable.

I know there is much more that can be unraveled regarding this topic. I am certain, however, that hospitals shouldn’t be facilities that are avoided for fear of crippling debt; 79 million Americans should not be struggling to pay medical bills and Advil should not cost 10 times more at a hospital than it does at CVS.

Emory is full of pre-health students and we must realize that our responsibilities will reach far beyond resolving our patients’ physiological issues. If we really want to aid patients to the greatest degree, we are obligated to fully understand the system to which we are committing our lives. 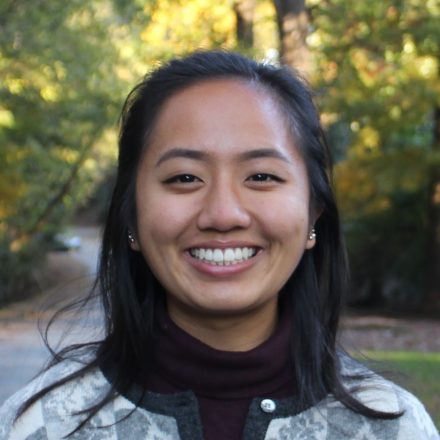 Elizabeth Sun (21C) is from Los Angeles and is majoring in biology and piano performance. Her main pursuits on campus include exploring sciences with her peers and sharing music with the local community. Off campus, her favorite things to do are planting with Trees Atlanta and eating!

John Lewis: The Hero We Always Needed and Will Never Forget