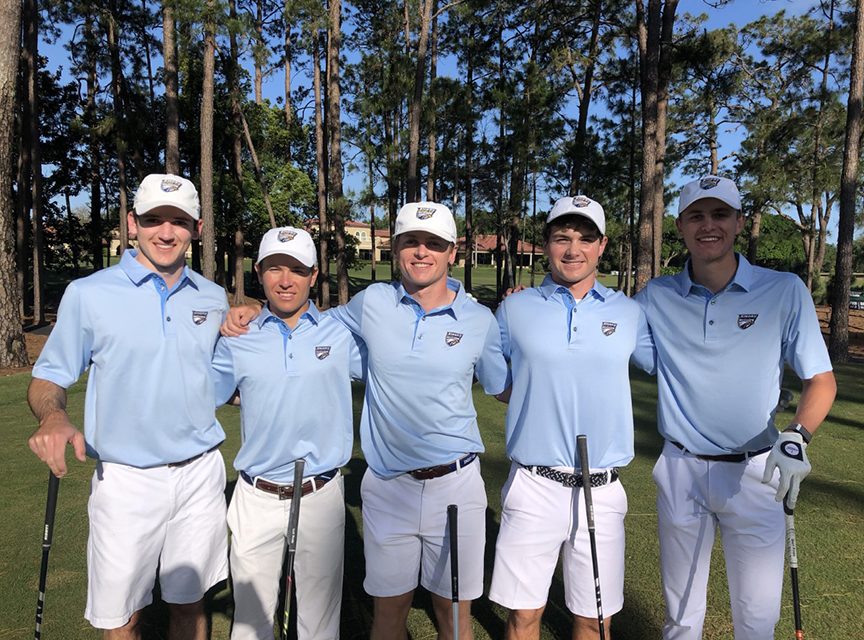 With home games on the horizon after a year-long hiatus, Emory Athletics finally seems to be regaining a sense of normalcy. Teams began the process of resuming practices throughout February, and the first home games will return April 6. Given the current trends, men’s golf head coach John Sjoberg is excited to get back into a routine and continue building the program he’s been a part of for 12 years.

While the team was on a bus to Florida for the Golfweek Invitational, Sjoberg spoke with the Wheel about how the team has navigated the pandemic.

Ethan Mayblum, The Emory Wheel: What do you think is the biggest challenge that you’ve faced while coaching during the COVID-19 pandemic?

John Sjoberg: Probably just the ups and downs of going from last spring, trying to set ourselves up for a round in the NCAA Championship, to the world coming to an end. Coming back in the fall, not playing. There was really no glimmer of hope to play through the fall and then coming back in the spring. Then things started to trend in the right direction, but you’re not sure. Emory has been really conservative about everything, and rightfully so.

But really, the toughest part was this spring, seeing other schools practicing from the start and getting ready to compete while our status was still up in the air. Then, we certainly got some good news allowing us to return. I was feeling pretty good about it, and then we had the big spike. The emotional ups and downs have been challenging to work through. The reality of: we may play, we may not play. If we play, how much can we play? Are we going to be allowed to travel or are they going to be local tournaments? So just all the unknowns is certainly the most difficult part.

TEW: Do you think that this unpredictability has had an impact on the players? If so, how do you see them dealing with that?

JS: They’ve handled it unbelievably well. I think college kids in general are pretty resilient. So they’ve really taken it as it’s come. They’ve been hoping all along to get this opportunity, and I know they’re really excited to be back doing what they came here to do.

TEW: Does just knowing that you’re working for something give the players that extra energy?

JS: Yeah, no doubt. You put the work in to try to show the results. So that’s been a big part of it, for sure. We’ve been fortunate to play pretty close to a normal schedule as we can given everything that’s gone on. We’ve been really fortunate from that standpoint.

TEW: Golf is a bit different from other sports in that it can be played largely independently, and many courses stayed open during the pandemic. Do you think that your team’s experience with COVID-19 was different than other sports?

JS: Certainly, yes. I mean, golf pros and nurses kept the world alive for about ten months there, especially down here where the outdoor stuff really stayed open in the South. Even this fall, outside of Emory when the players were on their own at home, they were able to play in outside events and get some competition that probably most other sports weren’t able to do. Everything that comes along with what you can do with golf lended itself to being a sport that not only we’re able to do but that a lot of the country decided was a pretty cool game over the last year.

TEW: How have practices worked and what’s changed because of COVID-19 protocols?

JS: I think because of the nature of our sport, we’ve been pretty lucky. Not a lot has changed other than the mask requirement. We are spread out a little bit more than maybe we’re used to, but we’re pretty fully functioning. Everything is outside, we’re practicing on the driving range and on the golf course, all that stuff. So we’re in good shape.

TEW: In that same vein, how has the situation at tournaments changed? Are there additional restrictions?

JS: We’ve adjusted how we play. Instead of playing with other schools in threesomes, we’re flying as one unit and the fivesomes as just our team. We’re keeping our own scores from that standpoint. That’s a big difference just in the competition part of it, not playing with anybody else. Over the course of the semester, it’s taken some getting used to, but I think we’re in a good rhythm. Playing with five, there’s a lot of golf balls, especially on and around the greens. But we are getting in a rhythm and a flow from that standpoint.

TEW: As a coach, what are you most looking forward to once everything’s back to normal?

JS: Getting everybody back. I mean, we basically still only have half a roster, a little bit over half a roster here. Just with the doom and gloom that was the end of last summer, and then even into the end of the fall, we have three kids who took gap years, and then one kid who’s in China who we can’t get back because of the travel restrictions. That’s basically 33% of our roster that’s missing. Just getting everybody back in the same room, being able to have a team meeting inside and all that stuff that we’re able to do in normal times. 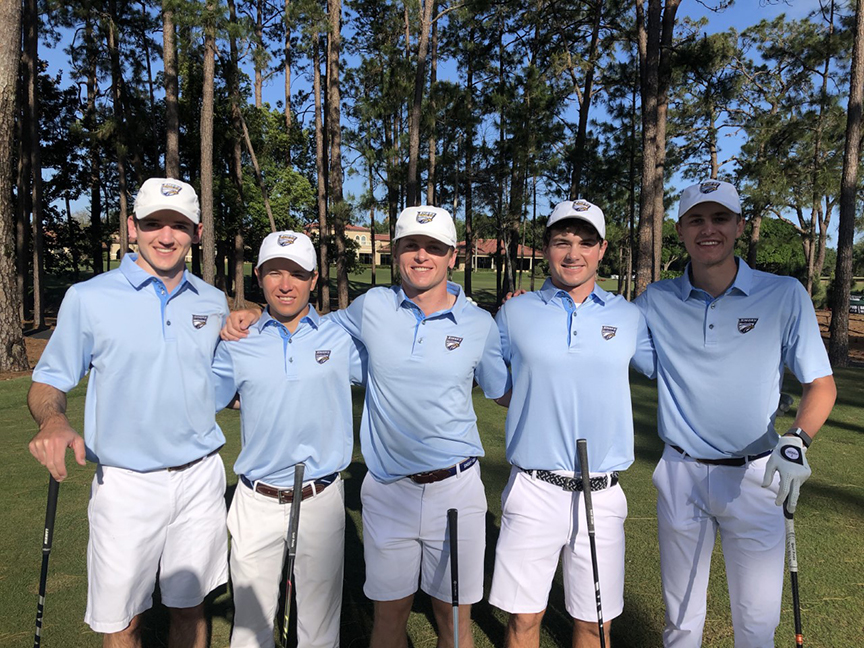 The men’s golf team poses for a team photo at the Golfweek Invitational this past weekend. Coach Sjoberg discussed how the team was able to practice independently throughout the pandemic. (Courtesy of Emory Athletics)