Expect these 5 NFL records to remain with 17-game season 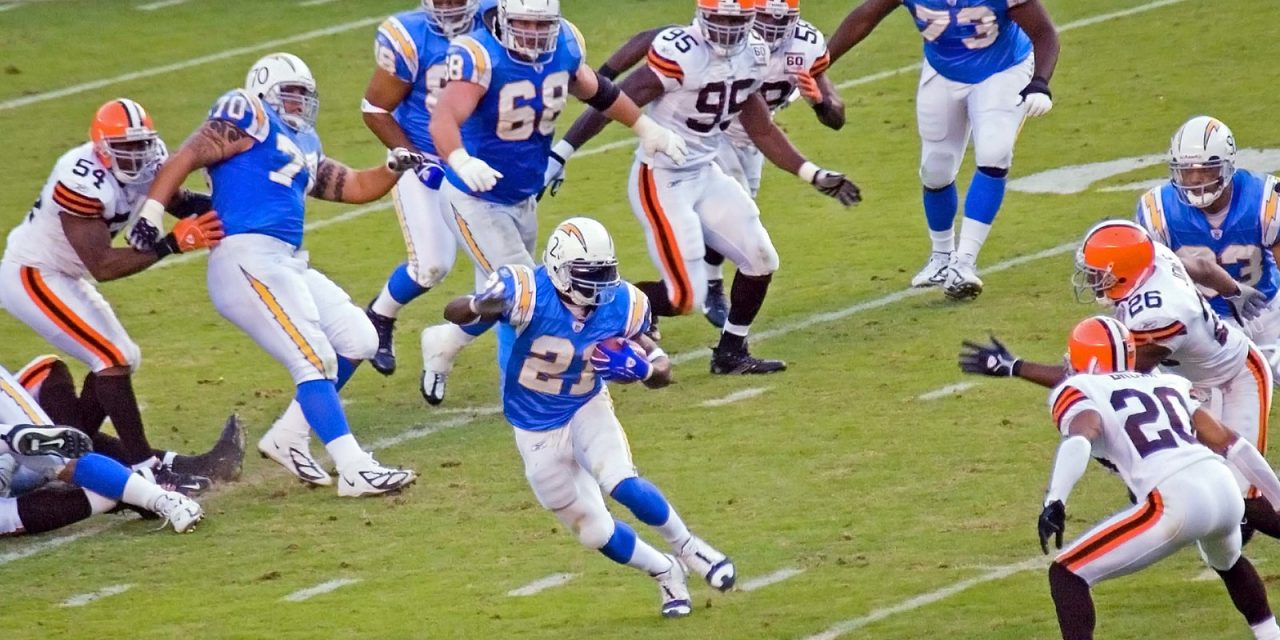 In 1978, the NFL expanded the regular season from 14 to 16 games. Since then, players have had 43 years to set some mind-blowing single-season records. This offseason, though, NFL owners approved a rule change that extends the regular season to 17 games.

With this additional game in the regular season, the holders of many long-standing records will likely change. All time greats such as Peyton Manning, Calvin Johnson and Randy Moss may each be knocked off their respective single-season pedestals. However, there are some untouchable records that an additional game should not cause a scare. Here are five single-season NFL records that should last, at least for this season.

Most rushing touchdowns in one season: LaDainian Tomlinson

Former running back and Hall of Famer LaDainian Tomlinson scored an astounding 28 rushing touchdowns in 2006 while playing for the San Diego Chargers. While running backs Shaun Alexander and Priest Holms previously held the record with 27 touchdowns in 2005 and 2003 respectively, the 28-touchdown mark has become increasingly unattainable over time.

In recent years, football has become more pass heavy, meaning there are fewer rushing touchdowns to go around for running backs. Since 2006, no player has come remotely close to Tomlinson’s record. The most recent threat came in 2016 when New England Patriots running back LeGarrette Blount led the league with 18 rushing touchdowns, well short of the current record. Even with the additional game, it seems unlikely for this record to be even close to contested. 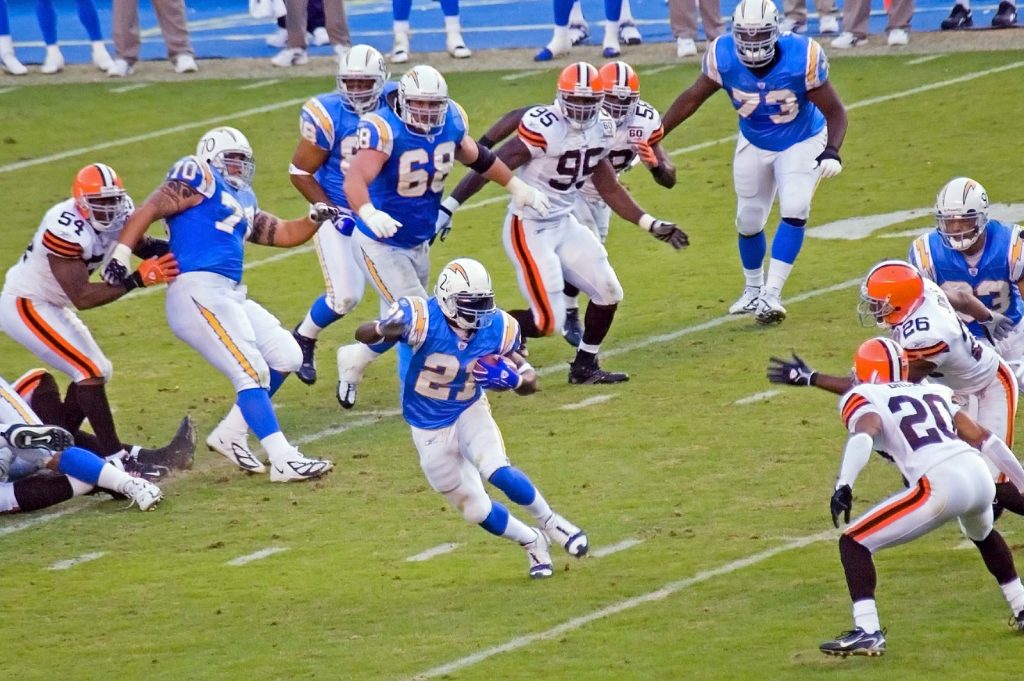 Former San Diego Chargers running back LaDainian Tomlinson rushes against the Cleveland Browns during a game in 2006. Tomlinson holds the record for most touchdowns in one season, a record unlikely to be broken even with the addition of a game this season. (Wikimedia Commons/SD Dirk)

Most intercepted passes in one season: George Blanda

Even though this is not a record to boast about, quarterbacks should not fear as it will likely stay in George Blanda’s possession for a long time. In 1962, Houston Oilers quarterback George Blanda threw an inconceivable 42 interceptions. Since then, no quarterback in NFL history has come remotely close to touching this egregious record. The second closest would be Tampa Bay Buccaneers quarterback Vinny Testaverde with 35 interceptions in 1988.

Most recently, the closest anyone has come to Blanda’s record was Jameis Winston with 30 interceptions in 2019. As if the 42 thrown interceptions wasn’t bad enough, Blanda managed to hit this record in a mere 14 games. Unfortunately for Blanda, it seems like he is stuck with this record for the foreseeable future.

Most interceptions in one season: Dick “Night Train” Lane

There are a few players who have come close to Lane with 13 interceptions in a single season, such as Lester Hayes and Spec Sanders. However as interceptions become increasingly uncommon in the modern NFL, it is unlikely that this record is broken as no player has had more than 10 interceptions since 1981. The few that had 10 in a single season, including current Dolphins cornerback Xavien Howard, are not on pace to break the record. Even with the extra game, it looks like “Night Train” Lane can sleep well knowing his record won’t be broken any time soon.

Most field goals in one season: David Akers

Last season, Atlanta Falcons kicker Younghoe Koo led the league in field goals with 37, which would have put him on pace for 39 with an extra game. Even then, Koo falls five field goals short of kicker David Akers’ record of 44. Akers set the record while playing for the San Francisco 49ers in a season that became the perfect storm for field goals.

The 2011 49ers, led by then-starting quarterback Alex Smith, had a respectable offense that finished ninth in average points per game. Unfortunately for the 49ers, the offense struggled terribly in the red zone, ending the season with a miserable 40% touchdown conversion rate. This meant more field goals for Akers, and no other kicker has come within five field goals of his record since.

Most times sacked in one season: David Carr

While Blanda’s interceptions-thrown record may have been humorous, this record is just flat-out sad. During his rookie season in 2002, Houston Texans quarterback David Carr was sacked a painful 76 times. The newly-created franchise came with some growing pains on both sides of the ball, finishing with the worst offense and third-worst defense in the league.

The only quarterback to ever come close to Carr’s record is Philadelphia Eagles quarterback Randal Cunningham, who was sacked 72 times in 1986. Last year, Eagles quarterback Carson Wentz led the league in sacks-taken with 50, but he was benched in his 12th game. Had Wentz played every game, he would have been on track to be sacked 67 times last season and about 71 times with the hypothetical extra game. While quarterbacks will be actively avoiding this record, the addition of a game for this season only hurts their chances. Yet, it would be impressive at this point for a quarterback to surpass Carr’s record.

While I firmly believe these records will not be broken this season, the NFL is full of unpredictability. It’s always possible that a once-in-a-generation player emerges to reshape the game. Perhaps current players like Howard and Koo can take their games to the next level and finish the season atop some of these charts. Maybe the Texans will manage to break their own abysmal record and allow current quarterback Tyrod Taylor to be sacked even more than Carr. While it’s all possible, I would sooner bet on the Jets to win the Super Bowl.