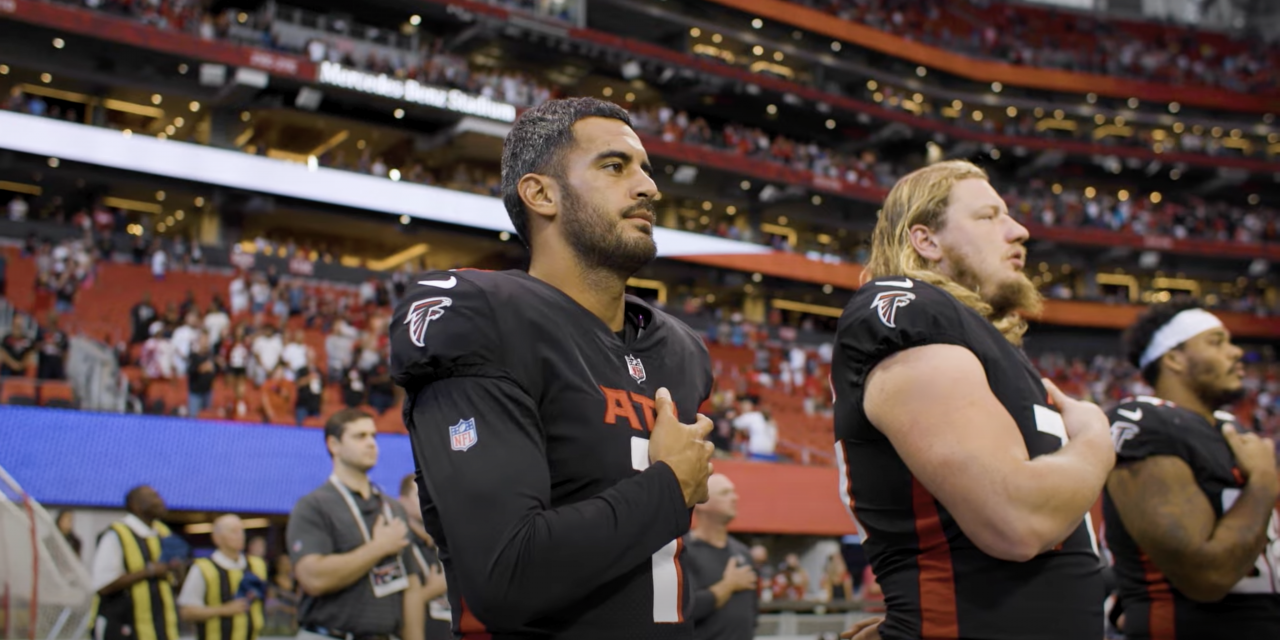 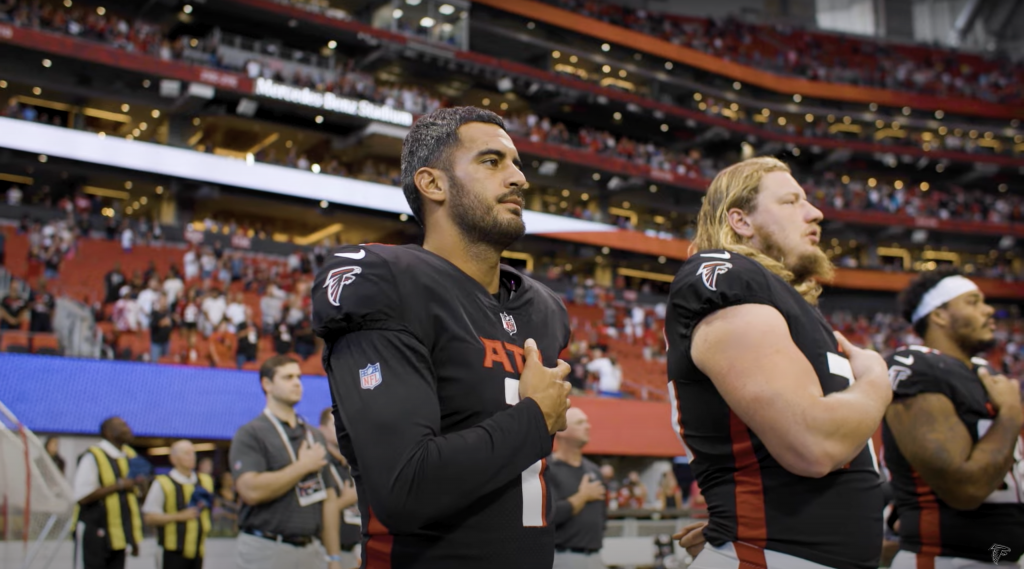 Atlanta Falcons quarterback Marcus Mariota during a preseason game against the Jacksonville Jaguars on Aug. 27. (Courtesy of Wikimedia Commons/Atlanta Falcons)

In a year where the Atlanta Falcons are projected to have the second-worst record in the NFL, the 2022 season isn’t expected to look pretty for the so-called “Dirty Birds.” The Falcons recorded only seven wins in the 2021 season, a number not expected to be exceeded this year. That said, the Falcons have made some major changes to their roster and can rely on key players on the offensive and defensive sides. Overall, Falcons fans can expect an uneventful season with a few bright spots shining through.

The most notable change to the 2022 Falcons team is the departure of franchise quarterback Matt Ryan. After winning Offensive Rookie of the Year once he was drafted in 2008, “Matty Ice” has been a constant for Falcons fans for the past 14 years. Throughout that time, Ryan shattered franchise records while amassing the eighth most passing yards and ninth most passing touchdowns in NFL history. The list of Ryan’s accolades during his tenure with the Falcons is lengthy to say the least, making his departure to the Indianapolis Colts this offseason all the more shocking to fans. However, the team’s lack of success on the field may have been the final writing on the wall.

In Ryan’s place, Atlanta brought in former second overall draft pick Marcus Mariota. After being drafted by the Tennessee Titans in 2015, Mariota was eventually replaced as the starter in 2019 and hailed as a draft bust. After two years as a backup quarterback with the Las Vegas Raiders, Mariota is reuniting with current Falcons head coach Arthur Smith, who was the offensive coordinator of the Titans in 2019. With an impressive performance in preseason, Mariota is looking to rekindle his career and make the most of his second chance as an NFL starter, but filling the void left by Ryan will be extremely difficult.

Swapping Ryan for Mariota wasn’t the only major change for the Falcons. Last season, after wide receiver Julio Jones left Atlanta, the Falcons looked to Calvin Ridley to join the team as the next up in a long line of elite wide receivers. Ridley already played the part in prior seasons, ending the 2020 season tied for ninth in receiving touchdowns and fourth in receiving yards. Unfortunately, Ridley didn’t seem like himself to start off last season, putting up only 281 yards and two touchdowns through five games.

In Week 8, Ridley announced that he would be stepping away from the game due to mental health reasons. The Falcons handled the situation admirably, with Arthur Smith pledging his support to Ridley and the team giving him space. Ridley sat out the remainder of the season, but things took a drastic turn when he was suspended indefinitely in March 2022 for betting on NFL games while he was away from the team. The indefinite suspension makes Ridley ineligible for this 2022 season at a minimum, forcing the Falcons to search for new receiving talent.

To fill the void left by Ridley, Atlanta selected Drake London, a wide receiver from University of Southern California, as the eight pick in the 2022 NFL Draft. London was the first receiver selected, and the Falcons are depending on him to step up as the primary wide receiver on the team. Despite missing USC’s final four games with a broken ankle, London still was named Pac-12 Offensive Player of the Year.

As a former basketball player, one of London’s biggest strengths is his incredible ability to make catches in traffic. He finished the college football season with 19 contested catches, six more than any other collegiate player that season. In recent years, rookie wide receivers like Justin Jefferson and Ja’Marr Chase have made immediate impacts on their teams, so all eyes will be on London to see if he can become a major contributor to Atlanta’s offense.

Despite some major changes, the Falcons still have starters returning this season. There are two tight ends in NFL history to have over 1000 yards in their rookie year; one is hall of famer Mike Ditka, and the other is the Falcons’ very own Kyle Pitts. But while Pitts is a tight end, wide receiver records were not out of reach as he managed to break Jones’ franchise record for most receiving yards as a rookie.

The Falcons received criticism for drafting cornerback (CB) AJ Terell 16th overall in the 2020 NFL Draft, but Atlanta had the last laugh. After a promising rookie season, Terrell took his sophomore season to the next level. According to Next Gen Stats, Terrell led all CBs with the lowest completion percentage allowed and lowest yards per target allowed in the league. To put this into perspective, Football Outsiders has Terell’s 3.3 yards per pass allowed as the best mark in the NFL since 2010. Pro Football Focus has Terell ranked as the third-best outside cornerback in the NFL coming into the 2022 season. To put it bluntly: he is very good.

While Terell received some recognition in the form of a second-team All-Pro nomination, he was inexcusably snubbed from the NFL top 100 players list this offseason. An appalling eight other cornerbacks were all selected to the list, which is voted on by NFL players, over him. Fans can look to Terell to continue his outstanding play this season, and hopefully earn some more respect from the league. 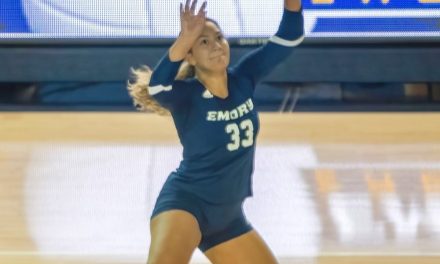