‘Horrible Bosses 2’: Anything But Horrible 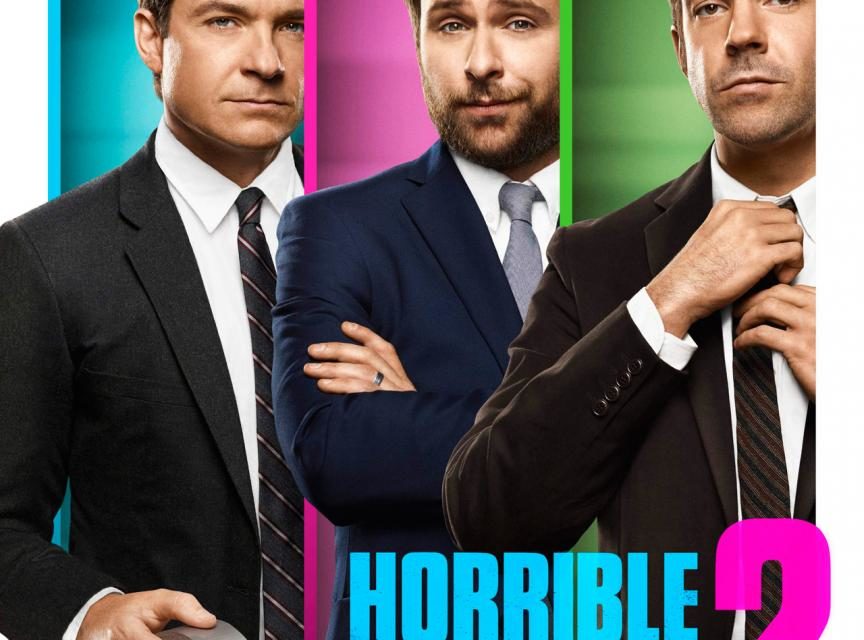 There’s always a tendency to be afraid of sequelitis, the unnecessary continuation of a movie that just happened to have a loose end – and then, unfailingly, the sequel only creates more loose ends. Slapping a “2” onto a movie that would have worked as a stand-alone film is usually what makes action movies redundant. As I walked into the theater to see “Horrible Bosses 2,” there were posters for “Taken 3,” “Big Hero 6” (I wondered where the first five were) and the new “Hunger Games” installment, which, to be fair, is a necessary sequel.

However, what makes these problematic is largely their inability to recreate the initial sense of enjoyment that audiences experienced in the first movie’s showing. Some argue that Hollywood is dead, only able to make adaptations of books, adaptations of adaptations or sequels that reuse tropes and storylines that are monotonous.

“Horrible Bosses 2” was none of these things. The sequel is an incredibly creative, unique and genuinely funny movie that references the original film only to make sure that very few things were repeated. Without giving away too much information,  anything that could or should have happened in the first “Horrible Bosses” played an integral role in giving the movie a surprising sense of continuity. I expected the new movie to be unnecessary, rehashing the same jokes and trying to siphon money out of crowds by way of the actors’ star power and status alone. But “Horrible Bosses 2” was funnier than the first movie, to the point that it could have been a standalone film.

With a screenplay by Sean Anders and John Morris, the duo responsible for “We’re the Millers,” the movie had the audience in stitches for a vast majority of the film. On top of a well-done screenplay, it became very obvious that, once again, the three starring actors had been turned loose to improvise to their hearts content. The chemistry between Jason Bateman (“Arrested Development”) as Nick Hendricks, Charlie Day (“It’s Always Sunny In Philadelphia”) as Dale Arbus and Jason Sudeikis (“We’re the Millers”) as Kurt Buckman is electric. As Anders has said, “We’d get a take or two that was more-or-less on script, and then we’d open it up and let the guys go nuts, and that’s where some of the funniest moments came from.”

Resulting is a movie where our less-than-brilliant average Joes are put into yet another impossible situation, and each time, they somehow make the worst decisions possible. And it is hilarious.

The Wheel had the opportunity to sit in on a conference call with the starring trio. When asked about the best behind-the-scenes pranks, the crew admitted they really had the most fun on the screen. As Day said, “There were not a lot of whoopee cushions on that set.” Jokes and pranks tend to happen off-screen when the mood needs to be lightened, but apparently while filming “Horrible Bosses 2,” it was more necessary to try and get serious.

Whereas in the first movie the boys are all trying to kill off their terrible, horrible bosses, the sequel finds Nick, Dale and Kurt deciding to be their own bosses. This, unsurprisingly, does not go over well. Most of the movie is dedicated to them trying to fix their resulting failure in the worst way: kidnaping (otherwise known as kidnapping). Unlike the first movie, “Horrible Bosses 2” features Bateman, Day and Sudeikis together in almost every scene.
“We spend almost all of the time together,” Bateman explained, “Off the bat, we’re all on a couch together.”

With Bateman’s straight-man character, Day’s neurotic energy and Sudeikis’ too-cool attitude, their scenes were incredible. Even more incredible was the sheer will it must have taken for the supporting roles to keep from cracking up. Old faces return such as Jennifer Aniston’s sex addict, Jamie Foxx’s criminal advisor and Kevin Spacey’s truly horrible boss (he’s back, and somehow worse). And there are a few new big-name stars entering the picture, namely Chris Pine (“Star Trek”) as the kidnappee Rex Hanson and Christoph Waltz (“Inglourious Basterds”) as Rex’s father, Bert Hanson.

“Waltz didn’t need to play funny because the humor of his scenes sparked from playing it straight,” Anders explained. If the blooper reel during the credits was anything to go by (yes, there are bloopers, you’re welcome), Pine struggled to do the same. And speaking of Chris Pine …

“We got to have a fourth musketeer,” Day said. “He brought a lot to it. Brought a lot of hotness. He brought the looks.” I couldn’t agree more.

“Horrible Bosses 2” is hilarious. It does have its fair share of callbacks to the first movie, so if you want to see it, I would recommend taking the time to watch “Horrible Bosses” first. But if you want to go to the movies and aren’t up for anything too heavy or dramatic, “Horrible Bosses 2” is lighthearted and sure to keep you entertained the entire way through. I would see it again with my other friends just to see them laugh. It is truly a treat for us to see these three fantastic comedians come back together three years later.

As Day said, “It was fun to get back together as actors … as the characters, though, it’s a seriously bad thing.”

But for the audience? A seriously great thing.