Since 2012, Atlanta’s Fox Theater has hosted “ghost tours,” where patrons can explore parts of the theater usually inaccessible to the general public, and receive extra information about the theater’s past — told by the people who lived it. The Fox Theater has long been a pivotal part of Atlanta’s history, and over time it has become one of Atlanta’s iconic landmarks. Those interested in theater or Georgia history should take a tour of the Fox Theater. Even as an Atlanta native who has visited the theater many times, almost all the information on the tour was novel to me. Additionally, if you (like myself) get extra excited about everything Halloween or fall-related, the theater’s ghost tour provides some added fun to the already dramatic history of the venue.

The tour started in the lavish lobby, past the marquee. The theater recently underwent renovations to match the interior with the original designs from 1929. Entering the venue gives the feeling of being transported back in time. Those in the group looked around slowly, taking in the artistry that went into the decor before the guide takes a sharp turn down a flight of stairs to the gentlemen’s lounge. Before entering, however, the tour stops before a door that many patrons rarely notice. It reads “hospital” in flowy gold lettering. The door flew open to reveal a gentle-looking older woman who introduces herself as Nurse Ruth. She says she has been working at the theater for decades, even though the hospital has been out of commision for many years. The “hospital” is more of a closet infirmary, but the interior has been preserved to maintain the same equipment as it had in the original opening of the Fox. Nurse Ruth tells the group that all the proper theaters of a century ago had to have a hospital in them, as ambulances didn’t exist. If someone fell ill at the theater, they went to the theater’s hospital. A licensed nurse had to be present during all showings.

The tour progressed into the actual gentlemen’s lounge. Before we even had time to take in the lush sofas and incredible lighting fixtures, the “ghost” of Mr. Fox appeared to give a vivacious retelling of his life story. He recounted his childhood working industrial, labor-intensive jobs until he was wealthy enough to partner with the Shriners (the Illuminati of the time) to construct the building that would be known as the Fox Theater. The Shriners were building the venue as a meeting place, but they ran out of funds halfway through. Mr. Fox offered to split the building and finish it for them if half of the space would be used to show moving pictures.

I don’t want to spoil too much of the tour, as I really enjoyed learning about the history of the theater from the perspective of the people who lived it (the actors are quite convincing). As the tour progresses, there are some truly delightful surprises in store. You might see dressing rooms with signatures of internationally recognized figures or peek into the underbelly of the stage. You may even go backstage and see how the stars of the show experience the Fox. The only catch is the $35 price tag. However, the ticket price is worth it. The experience is unlike the traditional “spooky” haunted house; the Fox provides a more cutesy than scary glimpse into Atlanta and the Fox Theater’s history.

‘Battle of the Sexes’ is a Patriarchy-Smashing Blast 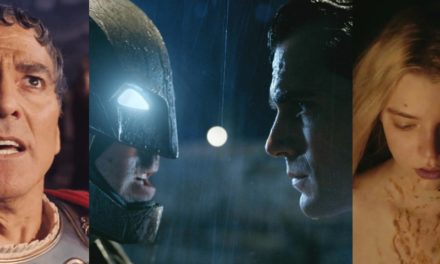 The Most Anticipated Films of 2016