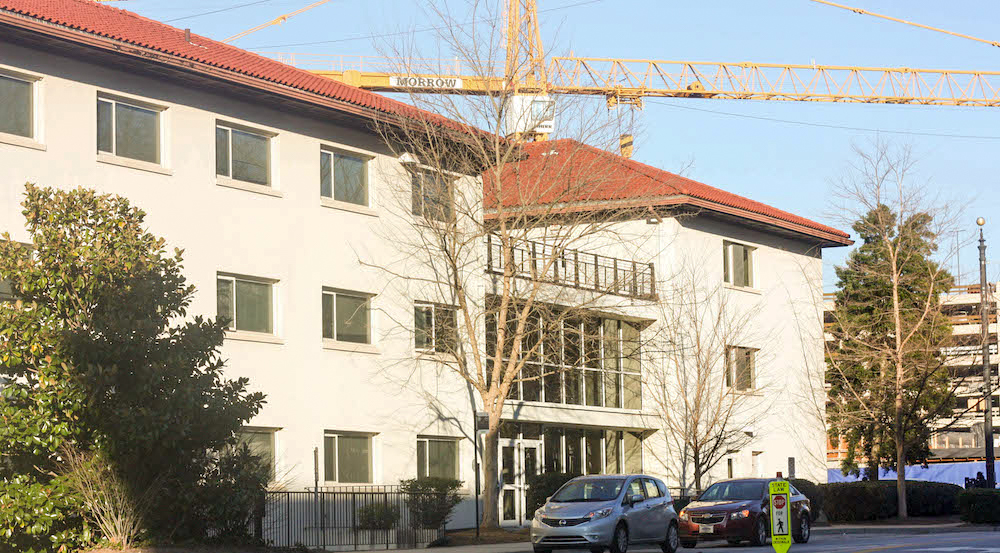 Sophomores and some members of Greek organizations will live in Few and Evans Halls, the Complex residences will house freshmen and Clifton Tower apartments and McTyeire residence hall will cease operations during the next academic year, according to Residence Life and Housing (ResLife) administrators.

Few and Evans and Complex

Few and Evans, which currently house freshmen, will serve only sophomores, while an undetermined portion of Evans Hall will house members of Emory’s Greek Life.

Some students expressed concern that sophomores’ use of Few and Evans would hinder the uniting purpose of the Freshman Quad, a conglomerate of first-year halls sandwiched between Zaya and the Dobbs University Center. The Freshman Quad, which includes Raoul Hall, Longstreet-Means Hall, Hamilton Holmes Hall and Turman Hall, is part of the University’s 2005 Campus Master Plan for campus infrastructure and was built to “foster community — within easy walking distance of the Quad,” according an online version of the plan.

However, Director of ResLife Scott Rausch cited Dobbs Hall and Alabama Hall as examples of freshman residence halls away from the Freshman Quad. He added that these changes helped ResLife move toward its goal of providing the best possible housing for all students.

Evans Sophomore Advisor (SA) and College sophomore Kelsey Abbott, however, said placing freshmen in the Complex “will definitely divide them from their peers” and “put them in an area of campus not central to the freshman experience.”

She added that all freshmen should have the opportunity to live on the Freshman Quad.

When asked why Evans would house members of Greek organizations, Rausch cited student demand for group living for campus organizations.ResLife held both formal and informal conversations with the Office of Student Leadership & Service (OSLS) and the Office of Sorority and Fraternity Life (OSFL), where student leaders from those two groups determined demand for Greek Life space as a priority, according to Rausch,

“Evans, with it being so close to Eagle Row, seemed like the best option for that,” Rausch said.

The number of Greek occupants in Evans, Rausch added, would depend on current freshmen students’ demand.

“There are 124 beds in Few — if 124 spaces are asked for by the Greek community, we will supply it,” he said. “There could be a number of chapters, there could be one whole chapter.”

“From talking with other ResLife staff members, I think it was a necessary change due to the unequal availability of all Greek organizations on campus, and I certainly see Evans as being the most obvious choice because it’s the closest to the Row.” — Kelsey Abbott

Rausch added that ResLife hoped for not only the Interfraternity Council (IFC) and Emory Panhellenic Council (EPC) members, but also for National Pan-Hellenic Council (NPHC) and Multicultural Greek Council (MGC) students to apply for the spots as well. Still, he said, most of the interest stemmed from several EPC chapters and one IFC chapter.

Emory EPC President and College junior Olivia Czufin, who was involved in the organizational talks with ResLife, wrote in an email to the Wheel that “the need for more housing for Greek organizations is clear,” pointing out that, while most EPC chapters have upwards of 170 members, the sorority lodges on Eagle Row house 24 women each.

“Despite this discrepancy, EPC chapters are lucky to have housing since many groups in NPHC, MGC and IFC are unhoused,” she wrote, adding that “turning Evans into Greek housing will help address this issue.”

Czufin also added that communal living is an integral feature of Greek organizations and that chapter-only residence halls can be used to host weekly meetings “in a stable and comfortable space.”

When asked about moving freshmen away from the Freshman Quad and sophomores closer to the central hub of first-year halls, Czufin wrote that the switch “was ultimately the best decision” and wrote that she enjoyed the sense of community she felt at Harris Hall, Complex’s neighbor and almost equidistant from the Freshman Quad, during her first year at Emory, when the hall was still open to freshmen.

With Thomas Hall, Smith Hall and Hopkins Hall — collectively known as “The Complex” — housing freshmen rather than sophomores next year, ResLife will pilot a new residence theme, “Health and Happiness,” which will align with the “Flourishing” theme embraced by Harris Hall, according to Rausch.

Abbott said she thought the change would create a major disparity between different sophomore housing options.

For Rausch, it was more a matter of providing the best housing possible than keeping quality of options equal for each class.

“There are differences for sure between buildings,” he said. “I want to provide excellent housing for all students. When we redistribute a building to [a different group of] students, we just want it to be the best that it can be.”

Abbott added that while Evans is in a great location for unity with the Greek Life community, the residence hall could not be effectively used as Greek housing without renovation. Still, Abbott said she saw ResLife’s decision as practical.

“From talking with other ResLife staff members, I think it was a necessary change due to the unequal availability of all Greek organizations on campus, and I certainly see Evans as being the most obvious choice because it’s the closest to the Row,” she said.

College freshman and Alpha Delta Pi sorority member Erica Fischer said she thought ResLife’s decision to make Evans available for sophomores involved in Greek Life was a good idea, and that there weren’t enough satisfying options for sophomores on campus prior to the change.

“I want to live there for sure but basically so does everyone else,” Fischer said.

“It seems good to have a sophomore dorm closer to the center of campus, and to have more Greek Life housing if it’s needed on campus,” Brown said.

Clifton Tower required renovations that were too expensive to even consider, according to Rausch. The areas needing repairs, he added, were not hazardous to residents.

Former Clifton Tower resident and College senior Brooke Kawamoto said that she isn’t surprised that ResLife will cease to offer the Tower, where she lived during her sophomore year, to all students.

“While it provided a unique living experience, many appliances were outdated and needed renovations,” Kawamoto said.

She added that Clifton Tower “certainly was not the most beautiful” residence option on campus, especially compared with halls like the Woodruff Residential Center.

However, she said she wished the University would consider renovating the building before abandoning it completely, as she enjoyed the Tower’s apartment-style structure.

Marla Rojas, a sophomore who lived in Clifton Tower last semester but switched to Harris this fall, wrote in an email to the Wheel that she “wasn’t too happy at Clifton since it is a little isolated from not only the campus but other students, since it is small and everyone has their own apartment.”

McTyeire Hall, which housed a mix of sophomores and freshmen this year, will be demolished over the summer.

College sophomore and current McTyeire resident Stephen Harris wrote in an email to the Wheel that “it’s a shame this dorm is going to be knocked down.”

Harris wrote that he loves McTyeire, where he lives in a corner room and often plays music from his window, which he called “McTunes.”

“I wish I could live in this room again,” Harris wrote. “When I look back on my college years, I will remember my sophomore year living in McTyeire as one of the best experiences I had in life.”

According to Eric Bymaster, the associate vice president of finance, operations and administration for the Division of Campus Life, the area currently occupied by McTyeire Hall will be used for the upcoming Campus Life Center, a construction project to replace the Dobbs University Center.

Bymaster added that though the University had conducted multiple studies of McTyeire’s and Clifton Tower’s mechanical and infrastructure components, he could not put them together for a full estimation of renovation and repair costs for each building by press time. 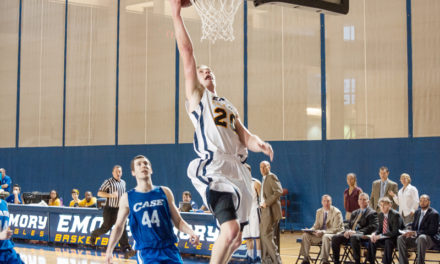 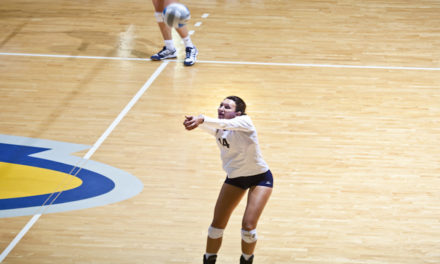 Volleyball Takes Down No. 1 Ranked Calvin