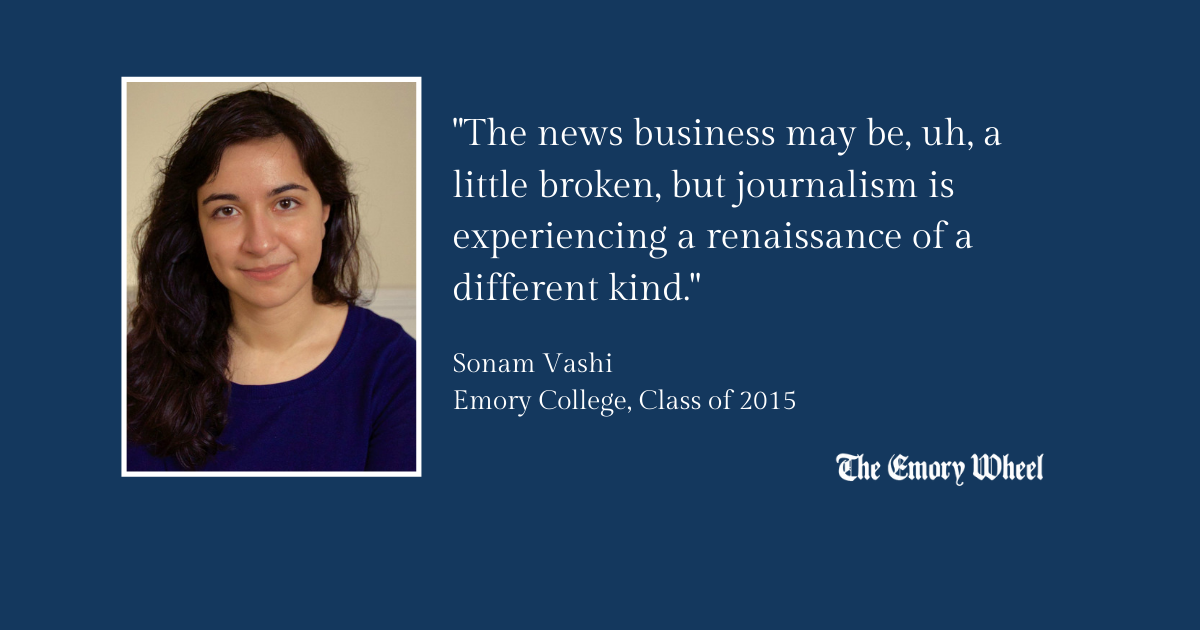 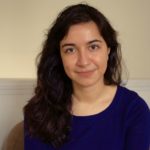 When I was a freshman at Emory, I fell in love. Before then, I didn’t know what I wanted to do with my life: I hated the idea of being in school for a long time, found too many subjects interesting to commit to one and — most importantly — wanted a job that wouldn’t force me to dress (*shudders*) business casual. I joined the Wheel and took a journalism class, became enamored with telling stories and the prospect of being a professional learner and sealed my fate.

But in the Fall of 2012, when I was a sophomore, Emory College announced “department changes” — plans to shut down or suspend programs, including journalism and the visual arts department. “Academic eminence means being leaders in all aspects of our academic mission,” the College dean said at the time. “The academic mission includes the educational mission … and it also means creating communities in which our faculty are leading conversations on issues of significance and relevance both nationally and internationally.” The journalism program, established in 1997 through a $1.35 million Cox Foundation endowment, with the help of legendary New York Times reporter Claude Sitton, was shuttered.

I was one of the last Emory students to graduate with a degree in journalism, and I joined the ranks of alumni who went on to have careers in the field, many of whom you’ll see in the pages of the Wheel this week. But it still irks me that Emory — a school with such strong creative writing, history and political science departments — decided not to make a concerted investment in the intersection of those, a discipline that, particularly since the 2016 election, has become vital to understanding our world.

It’s not too late. The news business may be, uh, a little broken, but journalism is experiencing a renaissance of a different kind.

Narrative nonfiction — telling 100 percent true stories using creative techniques, like longform magazine journalism — become a frequent testing ground for stories that end up becoming TV shows or movies. (The recent stripper-thriller “Hustlers” and the upcoming Mr. Rogers movie “A Beautiful Day in the Neighborhood” are both based on magazine articles that were optioned for film.) Bloomberg recently reported that the number of magazine articles optioned by TV studios and streaming services has “soared,” and that articles that used to go for “$5,000 or $10,000 to option are now going for $20,000 to $50,000. A few have even sold for north of $100,000” — just for the rights.

Concurrent with the revival of nonfiction storytelling is a renewed focus on news literacy, brought on by accusations that theoretically legitimate news outlets (like my former employer, CNN) are “fake” and by actual “fake news” flooding Americans’ social media accounts during the 2016 election cycle. News literacy classes teach the process of creating the news — explaining concepts of fairness, rather than the fictional concept of “objectivity,” that help demystify how journalists make choices, how biases might creep in and how facts get checked — which can help re-instill trust in the Fourth Estate. Importantly, they also help create engaged citizens, teaching non-journalists how to get public records and access archives and which government officials are accountable for what, which can help empower communities, particularly those who’ve been marginalized.

Emory offers a wonderful nonfiction class in the Creative Writing program, taught by Professor of Practice Hank Klibanoff, and a couple of classes in other departments every now and then which might focus on news. But it’s not enough: The College should seriously consider investing in the creation of a journalism program, or increasing its existence in other departments. Partnerships with Creative Writing and Film and Media Studies could yield interesting experiments in writing narrative nonfiction and adapting the story for the screen — though there will still need to be emphasis on the mechanics of reporting, since true stories require an ability to obtain the facts. A journalistic faction of the History or Political Science departments would similarly add much-needed skills. How can we better train historians to tell stories urgent to the present — like lynchings of Black Georgians — effectively to a wider audience? How can we create a more informed, involved populace, one that actually votes in elections?

Maybe a journalism major won’t make you rich, or yield a full-time job, but to me, it’s the very way to create an “inquiry-driven, ethically engaged, and diverse community.” I’m grateful for the experiences I was able to have with journalism at Emory. I hope others who pass through this school will have the chance to fall in love as well.

Sonam Vashi (15C) is a freelance journalist in Atlanta who has written for CNN, The Washington Post, Atlanta Magazine, and more.