“Emory College Republicans have reverted to endorsing and propagating racism. … They stoke division and accomplish nothing.”

“To everyone who supports this, feel free to block me.”

These are just some of the many ad hominem attacks that my peers and I have encountered as members of the Emory College Republicans before our invited speaker, Heather Mac Donald, even set foot on Emory’s campus last Tuesday night. Verbal and written insults aside, students’ fervent efforts to cancel our event through a petition to College Council on the grounds that our event violated the “right of freedom from discrimination by any student organization” were more disturbing still. Hosting a public event featuring a speaker who holds unorthodox ideas is not discrimination, and this crippling and infantile mindset of cancel culture negates any hopes of discussion. Furthermore, it undermines the very idea of academia and what college should be: a place where students challenge their personal beliefs through exposure to contrary ones to seek bipartisan solutions to pressing social problems.

Although the intention to cancel so-called “hate speech” comes from a place of sincerity and benevolence, this practice violates both our Constitution and mocks the very idea of intellectualism. This grotesque disposition of cancel culture has already reared its ugly head in many of our peers; the Foundation of Individual Rights in Education found in a survey that 58 percent of college students believe they should not be exposed to intolerant or offensive ideas on campus.

But how do we expect to become sharpened intellectuals if we are not pushed or challenged in our beliefs? Is exposure to a plethora of subjects from various perspectives not at the very heart of the liberal arts education? In its mission statement, the University claims to dedicate itself to “intellectual discovery and creativity … generating new knowledge and … inventing new ways of understanding.” But if we’re only contending with our own perspectives, we’re weakening ourselves by not attempting to understand the other side, thereby enabling further polarization.

In the infamous Westboro Baptist Church court case Synder v. Phelps (2011), the U.S. Supreme Court ruled 8-1 that the First Amendment protected the church’s outrageous phrases like “Thank God for 9/11” and “God Hates Soldiers.” The court wrote,Speech is powerful. It can stir people to action … and … inflict great pain. [W]e cannot react to that pain by punishing the speaker. As a Nation we have chosen a different course — to protect even hurtful speech on public issues to ensure that we do not stifle public debate.”

Many controversial speakers have been banned from universities due to the aggressive nature of students. For example, conservative commentator Ben Shapiro was banned from speaking at DePaul University (Ill.) due to safety concerns generated by a hostile atmosphere from the so-called tolerant leftists students. And who could forget the broken glass and fire at University of California Berkeley when students heard that former Breitbart editor Milo Yiannopoulous was scheduled to speak there? The list goes on and on.

Imagine if the Founding Fathers had censored each other during the Constitutional Convention of 1787 simply because they found their peers’ speech to be too offensive.

Moreover, as a Jewish, second-generation Latina, I find it more insulting and narcissistic that under the constricting weight of identity politics, I’m confined to view myself as oppressed and entitled to benefits simply because I am a woman and have Hispanic heritage — and that anyone who suggests otherwise is racist and must be silenced.

Additionally, rising pressure to censor offensive ideas becomes absurd given the fickle definition of them. In a 2019 Pew Research report, 50 percent of surveyed Americans with some higher education experience admitted that it was difficult to tell what is considered harmful or offensive. Although some subjects can be more painfully personal than others, we must consider all forms of evidence and maintain objectivity. Walking on eggshells causes us to keep our focus on the problem below and not the road ahead, and this misguided path will only lead us in circles.

If we expect to become the future leaders of this world, we must continue to encourage the free exchange of ideas through civil discourse. Regardless of how extreme or controversial they may be, we must permit unconventional ideas in order to seek more efficient solutions regarding important topics like sexual assault and diversity. We must leave our emotions and identity politics at the door, and revive the lost art of respectful discussions with those that hold different views. If liberals truly claim to promote tolerance toward everyone, I implore them to maintain their principle and encourage further conversation — not cancellation.

Ariana Gassel (22C) is the president of Emory College Republicans. She is from Skokie, Ill.

A Warm Welcome From the Wheel 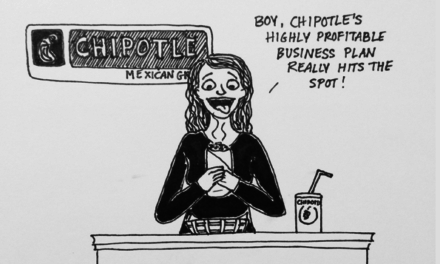 The U.S. Government Should be Held Accountable for Secrecy

For Brutus Was an Honest Man: Ethics and Morality