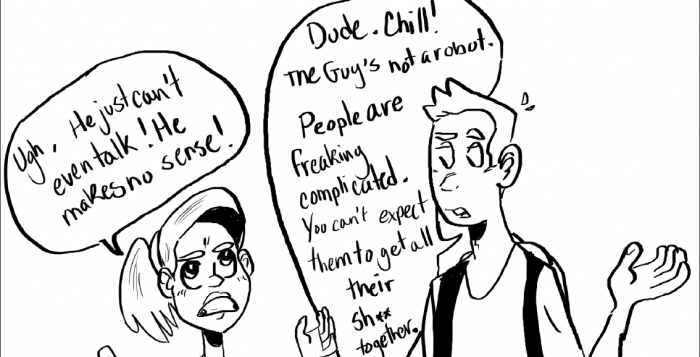 Say your phone malfunctions while you’re in the middle of sending a text. How do you react? Do you call the phone a bad word? Do you question the aptitude of its designer? The phone is a nonliving object. It is incapable of thought or freedom of action.

But when you blame the phone, or when you blame its designer, you view it as something more than an object, something capable of enmity. Your phone is now some deliberating force, and you are the object of its decisions.

So what exactly is an object? It may seem like a strange question, but we interact with objects at almost every moment of our day.

You define “the designer” only through the shortcomings of this phone, yet you cannot confirm that he deliberately made a faulty product. You objectify the designer by reducing them to the malfunctioning phone you hold in your hand.

When you objectify a fellow human, you make a claim about all of mankind and so you objectify yourself. We are all equally human.

Since for the sake of this argument all nonliving things are objects, to objectify them would be redundant. To objectify something that cannot be an object is a strange ordeal. The best example of such is the objectification of a deity in the form of a temple, idol or painting. To be clear, while deities can be objectified, they are never truly objects.

In blaming the phone’s designer and objectifying them thereby, your objectification of the designer is distanced. The designer is unaffected by your commentary, and the whole thing is a harmless ordeal. Yet the practice of objectifying fellow humans takes other, more menacing forms. Consider men who view women as sex objects, for instance. In treating women as objects, these men make objects of themselves. It should be noted that in objectifying women and becoming objects, men are not bringing these women down with them. Just because they presume them to be objects does not make them so.

The implications of direct objectification are severe. To objectify people is to view them as subhuman. This is how prejudice and the commodification of human life occur. A lack of self-control accounts for this tendency.

Going back to the original problem of casting blame on definite objects as illustrated in option (a) of the previous scenario involving the broken phone, we also see the absence of self-control. When we blame objects for all of our problems, we exhibit a lack of self-control, the same self-control that keeps us from objectifying people.

We have the unusual ability to monitor our behavior. Everybody does it; it is a prerequisite of interacting in any society. We are selective about which of our thoughts will be verbalized to others. We do not touch strangers or eavesdrop on conversations because we respect others’ privacy. We do not assault our neighbors when they rat us out to the Homeowner’s Association for letting the junipers grow too tall. We refrain from cheating on exams because we want to at least look like we value integrity. We use contraceptives because we do not want to be parents. These things might seem natural, but they require learning.

Feeling angry is not a choice, so it is not blameworthy. However, everybody ought to be held accountable for how they express their anger, which is a choice. I am advocating a mitigation of the amount of outward anger that we express as human beings, not only towards objects, but towards others as well.

Maybe when trouble arises we ought to commit to option (c), to reflecting on ourselves, and chalk it up to circumstance and move on with our lives, because the alternative, by and large, gets us nowhere.

Erik Alexander is a College junior from Alpharetta, Georgia. 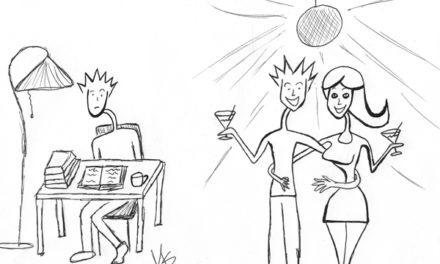 Getting More Than A Degree

The Value of a Well-Voiced Opinion

Trump’s Treatment of the Press is Contemptible

Group Projects and Their Backward Lessons