If You Support Israel, Support Trump

My fellow “mishpachah” (family), I understand that this may be a difficult pill to swallow. Sure, when one is asked to draw up advocates for Israel, the last person that naturally comes to mind is President Donald Trump. But this presidential election, I implore my fellow Jewish peers to objectively analyze the evidence at hand and vote for our current president if you truly believe that Israel is our homeland and safe haven.

Although he is far from perfect, Trump has been the most fervent fighter for Israel in the White House since former President Harry Truman, and Trump’s pro-Israel policies speak volumes for our people that we cannot ignore when voting this election.

In spite of the ludicrous attempts to brand Trump as an anti-Semite, in reality Trump demonstrated a commitment to Israel when he appointed former South Carolina Gov. Nikki Haley as the U.S. Ambassador to the United Nations in January 2017. Haley, an outspoken supporter for Israel, was quick to expose the perpetual hypocritical and anti-Israel bias in the U.N. From the 2018-2019 U.N. General Assembly session alone, there have been three times the amount of critical resolutions against the only democracy in the Middle East in comparison to the rest of the world. Most of these resolutions are imposed by the very same countries that practice female infanticide and mutilation and killings of LGBTQ+ individuals and that violate the very same human rights they claim to protect. Worse, prominent Democratic politicians and presidential candidates like Sen. Bernie Sanders (I-Vt.), who surrounds himself with vehemently anti-Semitic advocates in his campaign, unabashedly continue to condone the globalist bureaucracy. Moreover, they continue to support those who hold strong anti-Semitic views like Palestinian-American activist Linda Sarsour and Rep. Ilhan Omar (D-Minn.), both of whom have bolstered renowned terrorists such as Rasmea Odeh, a member of the Popular Front for the Liberation of Palestine who was responsible for a bombing attack which killed two Israeli Jewish students and wounded nine others. In addition to Sarsour sharing the stage and embracing the known felon, both women also share their support for the Nation of Islam leader Louis Farkhann, who has made radical, racist, anti-LGBTQ+ and anti-Semitic statements calling Jews “satanic” and blaming them for causing 9/11.

Former Vice President and Democratic presidential candidate Joe Biden’s stance on Israel should be examined with great skepticism. Although he held a strong track record of pro-Israel advocacy in the 1970s and 1980s, it is equally imperative to observe his most recent advocacy efforts under former President Barack Obama’s administration which, in my view, was beyond lacking. Did Biden defend Israel when the U.S. signed a nuclear treaty with Iran that allowed them to develop their nuclear weapons at taxpayers’ expense? What about when the U.S. complied with the U.N.’s anti-Israel resolutions that supported boycotting, divesting and sanctioning Israel? How did Biden demonstrate his dedication to equality and fairness when his administration attempted to infiltrate Israeli Prime Minister Benjamin Netanyahu’s campaign in Israel’s national elections? Did Biden reveal his unfettered loyalty to defend our people when he stood silent during the U.S. abstention to veto the U.N. Security Council Resolution 2334, which stated that the Western Wall is occupied by Palestinian territory and that Jews living in the Jewish quarter are illegal residents?

Although Trump’s speech can be impulsive at times, his policies, unlike those supported by Biden, have demonstrated his unapologetic commitment and consistency to advancing pro-Israel policies that are vital to the security and prosperity of our people in the U.S. Moreover, Trump’s unabashed character is the exact attitude that is necessary to stand up against the international community when vigorous attempts to condemn Israel and Jewish principles are made.

One of the most important things a president can do with their time in office is to fulfill campaign promises, and we have seen many presidents’ failure to do so when it comes to Israeli and Jewish advocacy. In 1992, President Bill Clinton declared his alleged support to officially recognize Jerusalem as the state’s capital, but he ultimately backed down due to political pressure. Both former Presidents George W. Bush and Obama paid lip service in their faux support to recognize Jerusalem in their inaction.

Many Americans were surprised, however, to see Trump state in his 2016 campaign platform a desire to “move the American embassy to the eternal capital of the Jewish people, Jerusalem.” The following year, in December 2017, Trump finally achieved what the former U.S. presidents were too faint-hearted to do. Just this past December, a day after the New Jersey shooting in a kosher supermarket, Trump signed an executive order that cut federal funding for universities who fail to protect Jewish students against the allegedly anti-Semitic Boycott, Divestment and Sanctions movement. Moreover, he has worked with Netanyahu to help facilitate a two-state solution regarding Palestinians and Israelis while also recognizing Israel’s sovereignty through his renowned “Deal of the Century.”

To ignore the promptness and magnitude of support Trump has demonstrated for the Jewish people and for Israel would certainly be dismissing the importance of establishing strong U.S.-Israeli relations that bolster our homeland’s security. It would also disregard the Abrahamic covenant from the Torah which bestowed upon us a place of refuge — a place to call our home.

Since my first day of Hebrew school, we were taught important biblical principles like “tikkun olam” (repairing the world) and “tzedakah” (charity), but we cannot honor these tenets if the political party we continue to support pays lip service to defending Israel. Come November, I trust you, my fellow Jews, will recollect the evidence that shows who really supports Israel, and vote wisely. 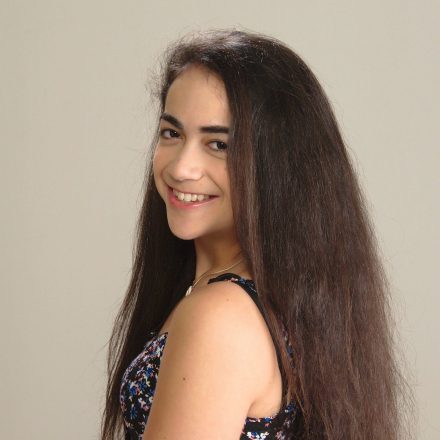 Ariana is from Skokie, Illinois, and she majors in international studies and Middle Eastern studies. Besides writing for the Wheel's Opinion section, Ariana leads weekly service trips through Volunteer Emory and outdoor excursions as an Outdoor Emory leader. When she is not exasperating her peers with her controversial opinions, Ariana enjoys sipping a good cup of coffee, discussing film theory, poring over classic literature and engaging in constructive dialogue.