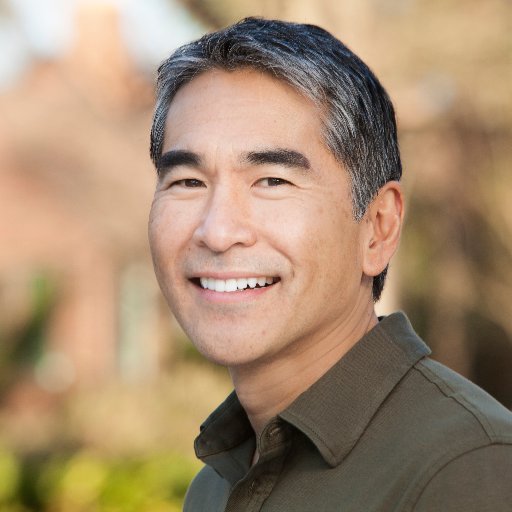 Economic inequities, a lack of affordable housing and an unequal quality of life. These problems are what drove Alex Wan sto run in the upcoming Atlanta City Council race.

“It just feels like everything is broken right now,” Wan said. “In the last four years, we’ve absolutely slid backwards.”

The Young Democrats of Emory hosted Wan at a Q&A in White Hall on Oct. 14 to discuss his candidacy. With less than 20 people in attendance, Young Dems president Eden Yonas (22C) called the event an “intimate town hall.”

Yonas said that she wasn’t discouraged by small numbers.

“These kinds of elections come down to the very last vote,” Yonus said. “If I can get four or five people to pay attention, that matters.”

Wan, the first Asian American and openly gay man to serve on Atlanta’s city council, represented District 6 on the council after being elected in 2009. He stepped down in 2017 to run for city council president, but lost to Felicia Moore, who is currently running for Atlanta mayor. In his time as a council member, he focused on fighting against Georgia anti-LGBTQ+ legislation and supporting low-income people.

Wan decided to enter politics after working at Jerusalem House in 2009, a non-profit housing program for homeless citizens affected by HIV/AIDS. He noted that his work volunteering in the community felt too slow, and that he felt motivated to enact real policy change. Wan ran for his first term in city council after being involved in Invest Atlanta, an economic development agency.

Now, Wan is the executive director of Horizons Atlanta, a program that aims to bring high quality educational programming to low-income students when school is not in session. If elected, Wan said that he wants to bring the program to Emory.

Wan said he wants to focus on infrastructure, stabilizing neighborhoods and accelerating economic opportunity to approach this issue. He said access to public transportation, road improvement, public education and a focus on small businesses are essential to minimizing the class divide.

Wan also emphasized that honest conversations about diversity, equity and inclusion need to be “woven into all the city’s processes.” In a conversation about addressing inequalities, Wan got personal, sharing that the Atlanta spa shootings in March occurred only a mile away from his house.

“This has been a tough year,” Wan said. “I think it just really unearthed a lot of angst, frustration, fear.”

During the Q&A section of the event, Yonas asked Wan about gentrification. The candidate described himself as a legacy resident since he’s lived in the city for 25 years. Wan said that even if new residents  are good for economic growth, he believes Atlanta should provide a sustained source of funding to protect legacy residents and property tax relief so people don’t lose their homes.

He also emphasized that the city has to be disciplined around developers sticking to their agreements about providing housing for citizens with various incomes.

“Improvements in the community should benefit everybody” Wan said.

The Young Democrats of Emory have brought in several city council candidates for informal Q&A’s with students this semester. Candidate for city council president Doug Shipman (95C) visited campus on Sept. 28 and Moore, a mayoral candidate, will come on Oct. 27, according to Yonas. Yonas said that these events are part of an intentional goal of the club to encourage students to be politically informed.

“I wanted to bring people that we’re going to be on the ballot for this election because I wanted to get Emory students face to face in a way that you may not be able to get a presidential candidate,” Yonas said.

Young Dems treasurer Jack Miklaucic (23C) said he attended the event to inform his vote in the upcoming election.

“The more engagement we can get on Emory’s campus, the better for students here,” Miklaucic said.

In response to Miklaucic’s question about affordable clean energy, Wan detailed a clean energy plan that would attempt to achieve 100% clean energy in Atlanta by 2035.  Wan also wants to get kids in Atlanta schools familiar with the recycling process so they will bring that knowledge home.

Wan said police positions need to be filled in order to facilitate officers building relationships with the community. He emphasized that the council’s role in this would be pushing administrators to revolutionize policing.

While Wan said he disagrees with how the issue was brought to the public, he believes the facility needs to be built and “probably would have voted for it.”

Wan also addressed concerns about increasing crime rates in places like Buckhead. He said that around 15 requests from the Buckhead secession coalition to meet with current Atlanta Mayor Keisha Lance Bottoms were declined.

“I am hopeful that the new mayor, whoever he or she is, they’ve all said that they would change that dynamic,” Wan said. “I think that’s step one.”