This week, DeKalb County and the city of Atlanta reached a settlement regarding Emory’s annexation into Atlanta, a change that would greatly benefit Emory students, faculty and staff. If approved, the annexation would be the biggest change to Atlanta’s borders in decades.

It is no wonder then that this agreement was met with criticism. Before a settlement was met, the Dekalb County Commission unanimously voted to object to the annexation. In an 11-page letter the commission stated its concerns, which included “more traffic, higher [population] density, further development, increased risk for sewage spills and a potential impact on public schools.”

The settlement itself contains several concessions that were added to meet these concerns. First, the city agreed to pay $10 million for county firefighting services over the next decade. Second, the zoning laws of DeKalb County will not change city standards, alleviating concerns about rapid development in the area. The DeKalb Public School system will not face changes as school district lines will be preserved. Lastly, the city agreed to hold public meetings related to MARTA’s plan to create a light rail that extends to the Emory campus.

Those concessions were enough to flip the DeKalb County Commission’s vote unanimously in favor of annexation.

In fact, the annexation would have little to no financial impact on residents of DeKalb County. Thanks to the settlement, all tax dollars — $4.4 million to be exact — currently paid by property owners in the proposed annexation area will remain in the county. Residents outside the University system do not have to worry about a hike in taxes due to lost revenue.

The main upshot for the Emory community is that the Clifton Corridor project may finally come to fruition. The project proposes the construction of a light-rail MARTA line from Lindbergh Center Station to the University’s campus. For regular Atlanta commuters, a light-rail line would offer a cheaper alternative to driving. MARTA’s University Pass Program costs $68.50 for students and $83.80 for faculty and staff per month. Due to Emory’s current position outside of city limits, the Emory community is not eligible for the discounts. This settlement and the future annexation of Emory present an opportunity to extend the program to our campus, which would especially benefit Emory employees.

In total, Emory University and Emory Healthcare employ more than 30,000 workers. That excludes the large staff at the Centers for Disease Control and Prevention (CDC). The daily commutes of tens of thousands of people inevitably results in negative externalities, such as Clifton Road’s notorious reputation for congestion. Our campus is also home to two hospitals — Children’s Healthcare of Atlanta and Emory University Hospital (EUH). Both locations have emergency ambulance services that would benefit from decreased congestion, and Emory faculty and staff would have a cheaper, and perhaps more convenient, alternative to driving into DeKalb County.

But how will this affect students? Consider the price many students pay for Ubers to and from the Hartsfield-Jackson Atlanta International Airport. Regardless of traffic and pricing surges, it is often simpler to swallow a $20 fee than attempting to split a ride.

A hypothetical light rail would run from campus to Lindbergh Center Station, which connects directly to the airport. The whole trip would be about 30 minutes. And better yet, this trip would cost just $2.50, the price of a MARTA light-rail ticket from any location.

The settlement also gives Emory the opportunity to extend our university’s resources further. Easier access to the city would facilitate closer partnerships between our community and other Atlanta-based universities and businesses. Ideally, it would become commonplace for students without cars to regularly volunteer in the city, find part-time jobs, take classes at the Georgia Institute of Technology or simply enjoy the vibrant, diverse culture thriving just out of reach.
University President Claire E. Sterk put it succinctly: “[The annexation will be] building upon our commitment to community involvement, academic excellence, innovation and entrepreneurship.”

If the annexation petition is accepted, Emory is committing to an extensive partnership with the city of Atlanta that will hopefully lead to great returns for both parties.

Both the annexation of Emory into Atlanta and the Clifton Corridor project await a vote by the Atlanta City Council, but the city’s recent settlement with DeKalb County heralds a positive outlook for both. The city of Atlanta must work to make the annexation fair to local residents, but the University’s priority should be its students, faculty and staff; even if the only physical change students notice in the coming years is a rail line, the annexation of Emory into Atlanta would enrich Emory’s community in the long term. 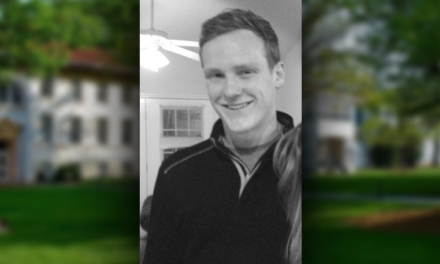 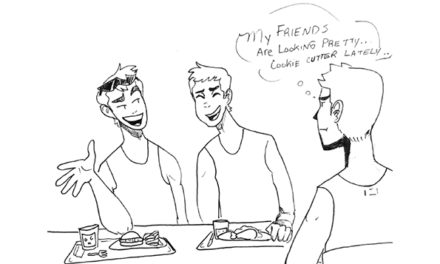