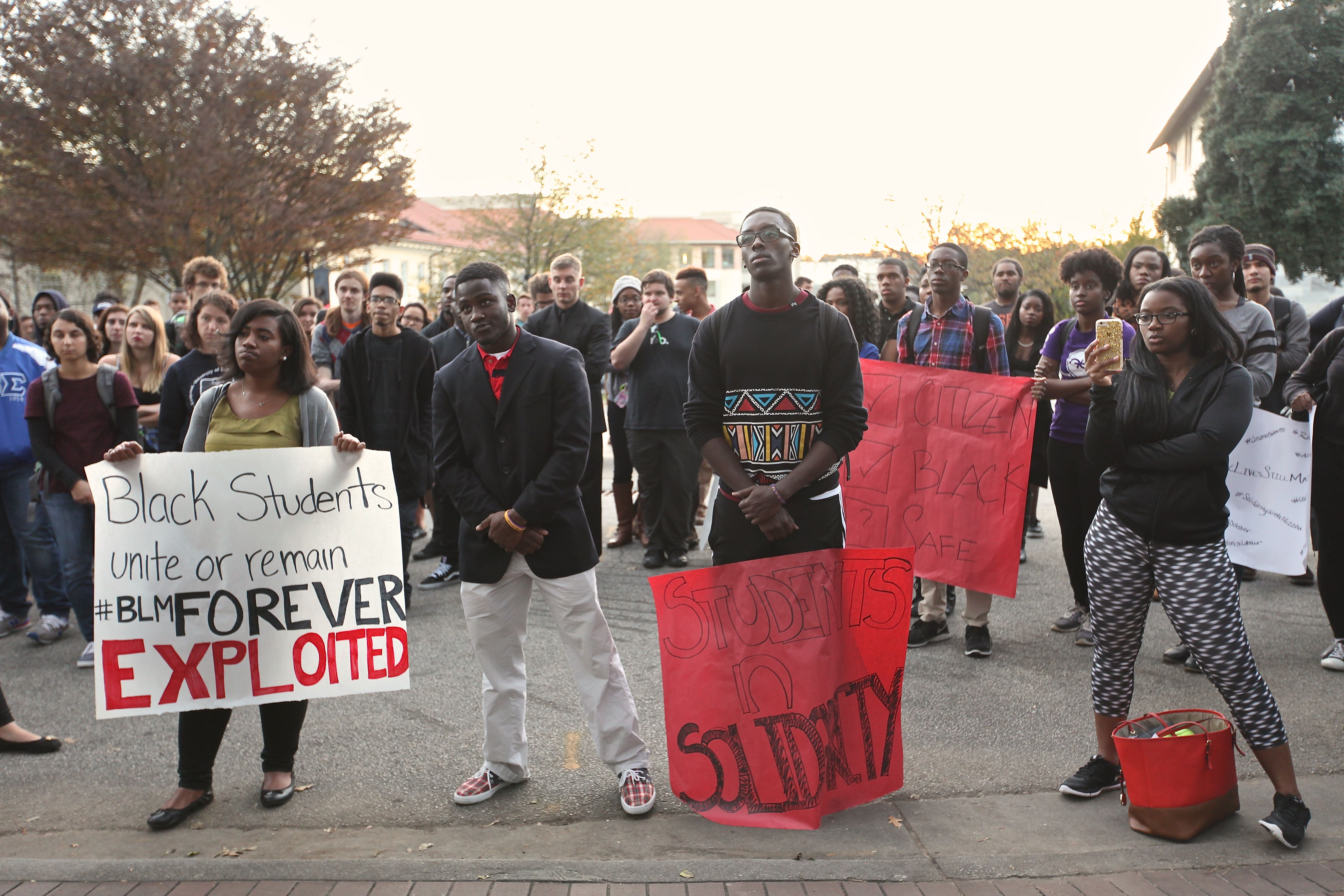 SGA President Raj Tilwa and SGA Vice President Max Zoberman mediated the conversation, which was a response to a black student protest led by College senior Casidy Campbell and others to address campus and nationwide racism.

“We ask that you reflect on what you might be able to do and how you might be able to participate in what we hope to be Emory’s movement to true respect, true inclusion and community of care in practice and not just in saying,” Zoberman said at the onset of the discussion.

Students introduced the discussion by explaining national incidents and approaches involving racism and discrimination. Campbell pointed out University incidents and discussed a list of demands for the administration — an updated version to the first draft of demands publicly published the evening of the protest.

“The University’s slightness towards the negative response to President James Wagner’s three-fifths compromise statement was another slap in the face to the black community at Emory University,” Campbell said.

Among many other issues, Campbell discussed hate speech on Yik Yak, insufficient resources in Counseling and Psychological Services (CAPS) and a lack of inclusivity in Creating Emory.

College junior and Black Student Alliance (BSA) President Sophen Joseph argued that the demands and movement need to be evaluated more carefully for its content.

“When we look at these movements, we have to try and unpack what students are doing,” Joseph said. “I don’t think it’s so much how we’re doing it, I think it’s really about what is being said, what’s being asked for, because we’re doing our best, but this is our livelihood on the line. You’re literally putting our bodies on the line.”

Dean of Emory College of Arts and Sciences Robin Forman, Senior Vice President and Dean for Campus Life Ajay Nair and other faculty attended the event, but only Forman and Nair responded directly to the concerns of students.

“We’re with you,” Nair said. “We actually have shared goals. We’re willing to take on as much burden we need to.”

Although Nair voiced his support for the movement, he added that time, conversation and accountability measures still need to be addressed since many concerns are systematic issues.

“We are in absolute and complete agreement [with student goals],” Forman added. “We’ve made some progress, slow but steady.”

Forman specifically addressed the goal of diversifying faculty, taking into account the progress that Emory has made and goals for the future.

Later in the night, Goizueta Business School junior Malik Alexander said that there needed to be more progress in the student community.

“We need, as a black community, as a Latinx community and as an Emory community, we need to come to some consensus as to what it means to be an ally — something that’s more than just changing your profile picture, and we have to get to that,” Alexander proposed.

Many students continued to voice their dissatisfaction, voicing their support for a General Education Requirement class about diversity and race.

“All of us in this room — students, leaders, staff, faculty and friends — have the power to affect change at every level of our university, and we need for the first time to work together to figure out how to harness that power and how to use it,” Tilwa said.

Although Tilwa and Zoberman attempted to force the five-minute restriction for speeches, they loosened the rules as more questions were asked and issues addressed.

“How do other people expect us to move forward past these issues when we can’t hold them accountable for it?” College freshman Marshall Crayton asked. “That’s my question to really anybody — but especially SGA. You can’t move forward when people keep pulling us back.”