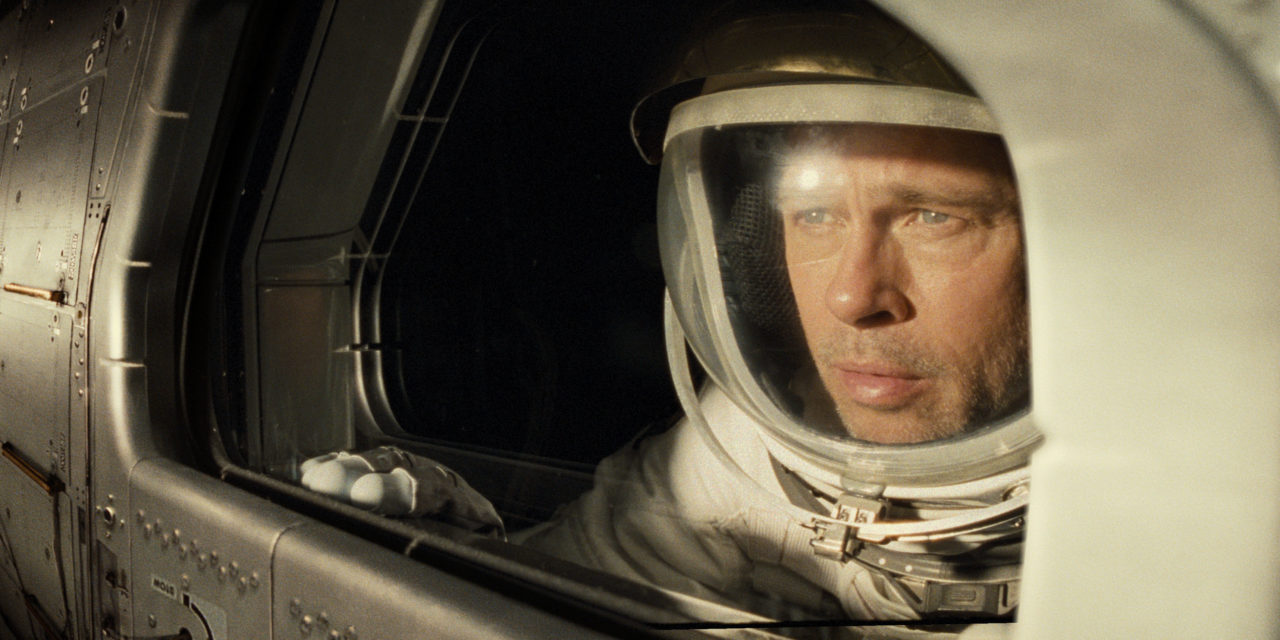 The summer movie season has officially come to an end, and the release of director James Gray’s incredible “Ad Astra” is a sign that awards season is in full swing. Fresh off of Quentin Tarantino’s “Once Upon a Time in Hollywood,” Brad Pitt’s second starring vehicle in the past two months is a big-budget film that breaks the blockbuster mold with emphasis on introspection over spectacle and character over action. While it takes some time to buy into the experience, the overall result is a jaw-dropping journey through the solar system that captures the vastness of space while tackling themes of isolation, intimacy and emotion.

The film takes place in the “near future” and introduces us to Roy McBride (Pitt), a dedicated astronaut following in the footsteps of his legendary astronaut father Clifford McBride (Tommy Lee Jones). Clifford led a failed mission to Neptune called the Lima Project, and he has been labeled missing for years. Shortly after a near-death experience at a space station, Roy finds out that his father may still be alive. He’s sent on a treacherous mission across the galaxy to find him, and on his journey he unearths unexpected truths about his peers, his family and the cosmos.

First and foremost, “Ad Astra” is the most visually stunning film I’ve ever seen, no questions asked. I can’t say that I’m surprised: cinematographer Hoyte van Hoytema is responsible for “Dunkirk,” “Interstellar” and “Spectre,” three films that were primarily praised for their visuals. Van Hoytema’s depiction of space is the most realistic and tangible that I’ve ever seen put to film. Not once did I suspect that I was watching Pitt act in front of CGI or a green screen. This is especially impressive given that the film was shot in Los Angeles, a city not particularly known for its rocky landscapes. The use of color is striking: Van Hoytema seamlessly blends in spontaneous reds and blues that add to the film’s depth and dynamism.

“Ad Astra” may feature other stars like Liv Tyler, Donald Sutherland and Ruth Negga, but the movie is Pitt’s film through and through. All other actors amount to slightly more than cameos, with Jones the lone exception (although his appearances are mostly in flashback sequences). While this lack of character development would be concerning in any other film, “Ad Astra” is so committed to Roy’s individual experience that it’s entirely forgivable. Roy is detached from everyone around him — from his estranged wife to his father who abandoned him in childhood. Likewise, the audience is removed from everyone in the film other than him. This separation explains the learning curve of the first 30 minutes or so; you likely expect “Ad Astra” to be a bombastic space adventure, but instead everything that happens is behind a veil of detachment. The action scenes are more casual and matter-of-fact than in-your-face because that’s how Roy is seeing them in the moment. Counterintuitively, this distance lends to an immersive theatrical experience that places you directly in Roy’s shoes as you traverse the dangers of space.

Pitt’s performance is memorable, albeit not particularly dynamic. Roy is a stoic man who has experienced a great deal of trauma, and Pitt skillfully blends Roy’s passion for space travel with his constant pain and isolation. The whole film essentially rests on Pitt’s shoulders, as he’s featured in almost every shot, and he carries it with grace. While the script doesn’t allow him to be much more than an apathetic, James Bond-esque protagonist, you can’t take your eyes off of him, and he’s eminently likable.

What the film may lack in character development is more than compensated for in its unpredictability and pure shock value. The story progresses in startling ways that continuously keeps the audience guessing. While Gray borrows aspects of other sci-fi adventures like “Gravity,” “Alien” and “2001: A Space Odyssey,” he shakes it up enough that “Ad Astra” never feels derivative. Instead, it’s a constantly thrilling flick that goes in directions you could never see coming.

In the hands of any other director, the screenplay of “Ad Astra” may have been turned into a commercial sci-fi thriller. But Gray brilliantly turns inward and crafts an elegant, introspective film that defies sci-fi norms and takes the viewer on a breathtaking journey. The film borrows from other space flicks, but it stands out with its intelligence, unbelievable special effects and immersive cinematography. Start preparing the Oscar trophies, because “Ad Astra” deserves a lot of them.

Hall, Teller Talk ‘Thank You For Your Service’ in Interview

Transforming Perceptions at the Carlos Museum