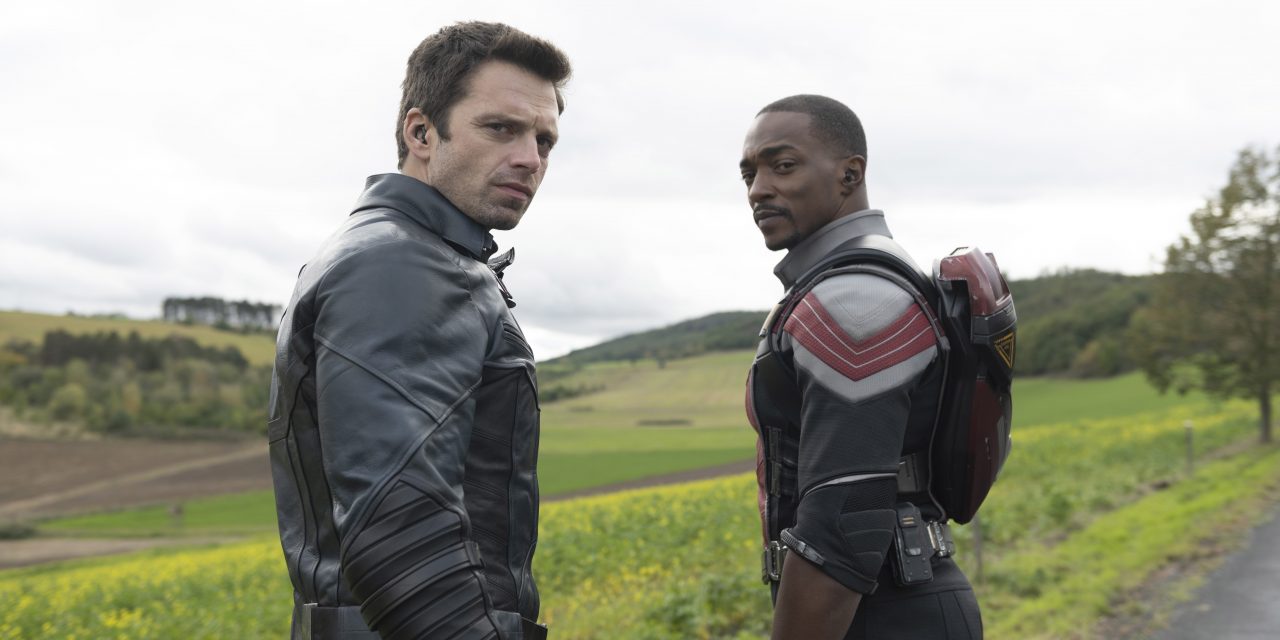 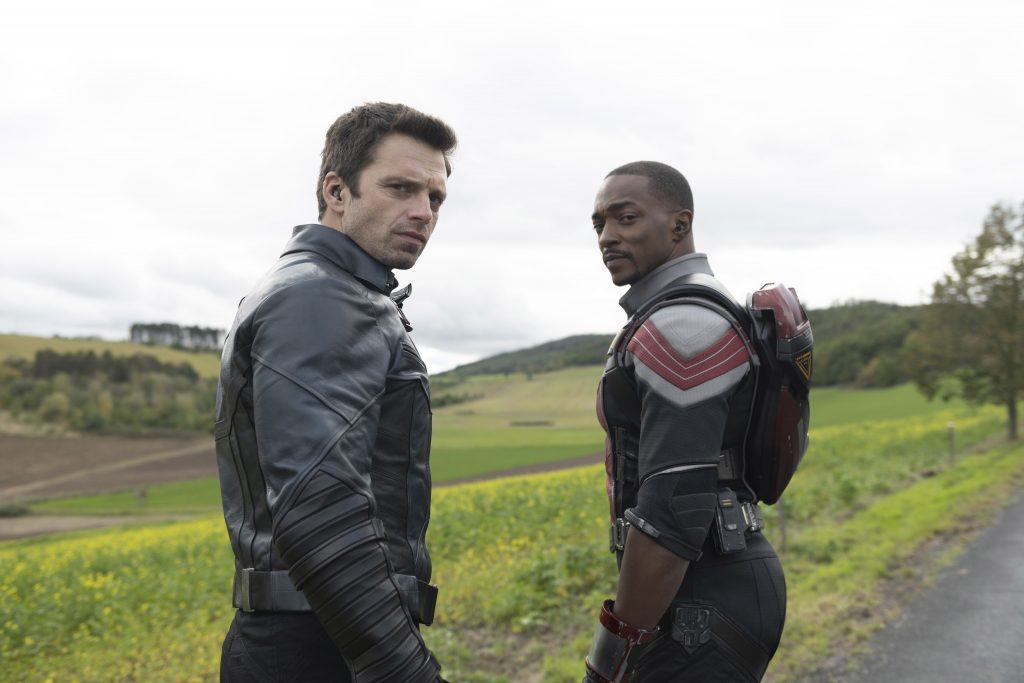 Bucky Barnes (Sebastian Stan) and Sam Wilson (Anthony Mackie) team up to battle Karli Morgenthau (Erin Kellyman) and the Flag Smashers in “The Falcon and the Winter Soldier.” (Marvel Studios)

The first season of “The Falcon and the Winter Soldier” features many of the trappings of a classic Marvel Cinematic Universe (MCU) film: familiar main characters, well-choreographed action sequences and exciting post-credits scenes. This makes the show’s uneven and ultimately unsatisfying ending all the more disappointing. Rather than embracing the television format and following the character-driven blueprint established in the first episode, “Falcon” ends up suffering from a boring primary villain in Karli Morgenthau (Erin Kellyman) and a weak overarching plot. While certain subplots involving our main protagonists and the new Captain America John Walker (Wyatt Russell) show immense promise, none is developed enough to make audiences care through only six 40-minute episodes. The show still serves as solid entertainment but, at the end of the day, showrunner Malcolm Spellman’s series is more reminiscent of a second-tier MCU flick than a revolutionary new entry in the Marvel canon.

The show sets Sam Wilson (Anthony Mackie) and Bucky Barnes (Sebastian Stan) on a globe-trotting journey to stop Karli and the Flag Smashers, a band of “terrorist” super soldiers with a vague motivation of returning the world to how it was when half the population was gone. On their journey, they seek the help of Sharon Carter (Emily VanCamp) and Baron Zemo (Daniel Brühl), each of whom have an ulterior, potentially sinister motive. Meanwhile, following the retirement of Steve Rogers (Chris Evans) in “Avengers: Endgame” and the rejection of the mantle by Sam, the government appoints a new Captain America in John Walker, a decorated war veteran who is forced to deal with his own demons as his path intersects with Sam, Bucky and Karli.

One would hope that a show called “Falcon and the Winter Soldier” would at least do justice to its protagonists, and, for the first few episodes, it does. In fact, some of the most effective storylines in the show delve into the psyches of Sam and Bucky, as each deals with the aftermath of past films. Bucky tries to make amends with those whom he wronged while brainwashed as the villainous Winter Soldier, and Sam must decide whether he wants to inherit the Captain America mantle or continue to fight crime as the Falcon. Sam also must deal with problems back home in Louisiana, where his family business is in financial peril. Each of these internal dilemmas play a prominent role in the well-done pilot and second episode of the season, but are soon tossed aside in exchange for the show’s muddled global plot. While these arcs are addressed again in the season finale, they aren’t given enough time to satisfyingly pay off.

Another storyline with promise that fails to properly pay off is that of the newly minted Captain America, John Walker, intriguingly depicted as a good man tormented by bad decisions. We’re acquainted with Walker while he’s still a naive, budding hero who has just taken on the Cap mantle. However, after several poor choices, Walker begins to go down a more sinister path that conflicts with our heroes’ journey. Turning Walker into a juicy, complex villain would have been a wise move by Spellman and director Kari Skogland, but instead the show maintains him as an almost entirely ambiguous character. By the end of the season, it’s hard to tell how Walker even fits in this world, which is a shame considering Russell’s captivating performance that mixes vulnerable charm with an underlying malevolence.

Rather than utilizing Walker as the villain as they should have, Spellman and Skogland appoint the criminally dull Karli Morgenthau as the show’s primary antagonist. Karli is another ambiguous character with a vague and confusing plan to bring aid to those who were displaced by the return of half the world’s population (yes, I don’t know how that is an evil plan either). Unfortunately, Kellyman lacks any personality and charm, and her team of Flag Smashers somehow manage to be just as stale as she is. In fact, the only trait that makes Karli stand out from past Marvel villains is that she’s a teenage British girl. Even though Agatha Harkness was an underdeveloped villain in “WandaVision,” she was at least amusing to watch and had a catchy theme song. Karli’s character is marred by cliched writing, an underdeveloped backstory and a “villainous” plan that lacks stakes.

Despite the show’s glaring flaws, Skogland and Spellman deserve credit for adding rare political and social commentary to a Marvel product. The inclusion of Isaiah Bradley (Carl Lumbly) — a super-soldier from the 1950s who was experimented on after serving in the Korean War — raises intriguing issues related to the role and treatment of Black superheroes throughout history. The show questions whether Captain America can (and should) be a Black man, given the appalling way the government treated Black super soldiers in the past. Bradley’s scenes with Sam are some of the series’ most striking and emotional, and it’s a shame that there aren’t more of them in the show.

Many of the series’ flaws might have been fixed with a longer episode count, which would have allowed for further character development and more thorough storytelling. After all, Netflix’s “Daredevil” (which ran for three seasons, 13 episodes each) pulled off intense superhero drama while still including fascinating villains and jaw-dropping action cinematography. Since each season of “Daredevil” was over twice as long as “Falcon,” the show could take its time and develop each of its characters without having to rush to the next big dramatic scene or action set-piece. By containing the series to six episodes, there isn’t even enough time for “Falcon” to fully flesh out its titular protagonists, let alone characters like Carter and Zemo, whose roles aren’t much more than extended cameos. Do we still feel like we know these characters better than we did before? Certainly. But in the contemporary world of television where shows like “Game of Thrones” and “Breaking Bad” allow audiences to immerse themselves in a world and become intimate with the characters in it, “Falcon” settles for superficiality instead.

Overall, “Falcon” is a must-watch show for Marvel fans, but fails to come together as cohesively as Marvel Studios’ previous series “WandaVision.” Much like a lesser MCU installment, “Falcon” has some stunning action and enjoyable moments, but is marred by a weak villain and underdeveloped side-characters. While these may be a product of a short episode count, it appears that’s the only option when Disney is spending a whopping $25 million per episode. Let’s hope that Marvel’s next television project, “Loki,” is able to surpass its two predecessors.