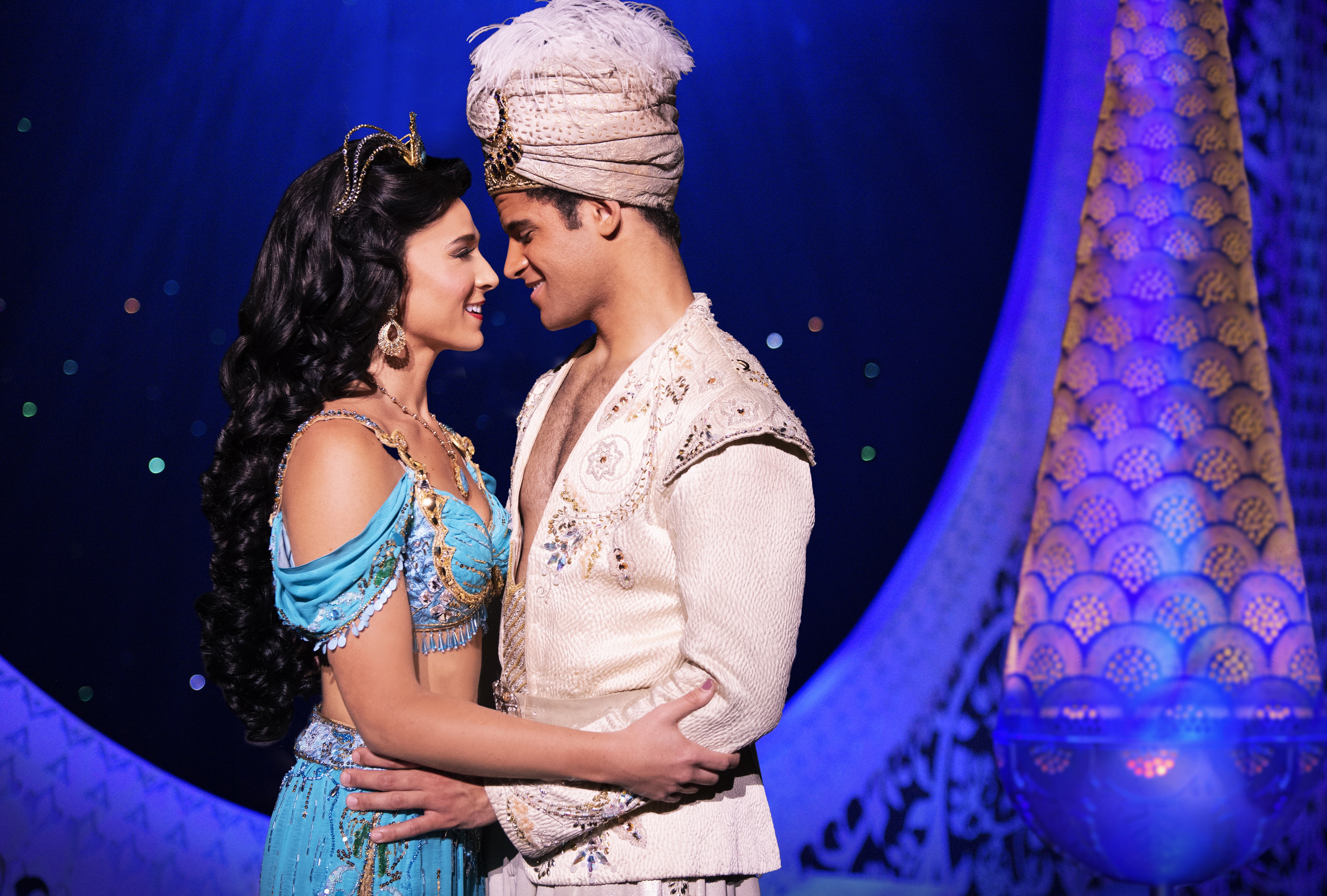 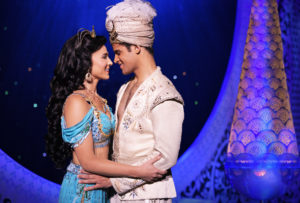 The lights of the sign outside the Fox Theater shone just as brightly as the spotlights that would soon illuminate the stage. With vibrant costumes and special effects to rival the Super Bowl halftime show, “Aladdin” transported the audience to the magical world of Agrabah to follow the well-known story of a beggar-turned-prince and his love, the princess. What sets this theater adaptation apart from the classic Disney movie, however, is the potency of wit brought forth by a majority of the cast; Vine video references from the genie (Trevor Dion Nicholas) stand alongside powerful messages about female empowerment and staying true to yourself. This all builds into an experience that lingers with viewers long after leaving the theater.

When “Aladdin” broke the scene on March 20, 2014, in New York City, it was nominated for five Tony Awards, including Best Musical. The show’s national tour opened in Atlanta on Sept. 12 at the Fox Theater and will run until Sept. 23, after which it will continue on to New Orleans.

The writers kept the essence of Genie through his colloquial, approachable opening dialogue. Instead of a billowing blue jinn coming out of a magic lamp, our genie takes the form of a confident, sassy man dressed in decadent robes whose boldness and humor allow him to seamlessly introduce important themes without detracting from the energy of the show. The show’s introduction transforms into a large group number (“Arabian Nights”) that demonstrates the depth of the set and layered choreography. The ensemble’s stage presence, during musical numbers and spoken scenes allows for effortless communication without distracting from the action on the forefront of the stage.

The company’s small actions, like a guard mimicking the gestures of the main characters, added texture to the world created on stage. The ensemble’s performance, however, suffered later in the production during moments of advanced choreography, such as in “Babkak, Omar, Aladdin, Kassim,” as the trio of friends supporting Aladdin make their presence known at the marketplace. Their outburst of song and dance transition from the band of thieves to the whole company performing in unison. Unfortunately, there were irregularities between performers during this choreography, especially in transition moments when different parts of the ensemble are spotlit. As the genie is introduced in “Friend Like Me,” the ensemble’s energy varies as some members appear to give it their all while others seem tired and lethargic.

Initially, it was evident that one piece of the overall production wasn’t fitting in quite as well as the others. The passion in the vocals of Aladdin (Clinton Greenspan) was not portrayed in his facial expression. Compared to Princess Jasmine (Lissa deGuzman), Greenspan’s lack of facial expressions detracted from the overall performance, especially during the duo’s performance of “A Million Miles Away.” The intensity of emotion displayed by the two characters were polar opposites. As the show progressed, Greenspan appeared to grow more comfortable with his role, though, and expressed his emotion through the act one finale and the “Proud of Your Boy” reprise.

The performance clearly enamored the audience from start to finish, as shown by the noticeable lean forward during Aladdin’s journey into the Cave of Wonders to fetch the genie’s lamp for the villain Jafar (Jonathan Weir). As Aladdin was cacophonously sealed into the cave for not being true to himself, the audience remained silent as a mouse, but immediately erupted into outrageous applause as the genie was reintroduced. That energy continued through the end of the scene with seamless cooperation between the Genie and the orchestra during the showstopper tune “Friend Like Me”.

Just as the show benefits from the energy of the large group numbers, the magic of the overall production lies in the intimate moments between cast members on stage. Aladdin has his moments as he professes his desire to not be seen as a disgrace to the memory of his parents, just as Princess Jasmine shares her concerns about her life as a woman in a male-dominated society with her triad of chambermaids (“These Palace Walls”). The genie, too, has parallel thoughts about imprisonment in his lamp and his role as genie; the characters we know and love from the classic movie blossom as we delve deeper into their inner conflicts. Overall, Disney’s “Aladdin” at the Fox Theater is a refreshing and captivating take on a timeless classic, with bright colors, exotic dances and breathtaking effects bringing the audience into the world of Agrabah.