Acclaimed ‘The Visitors’ On View at High Museum 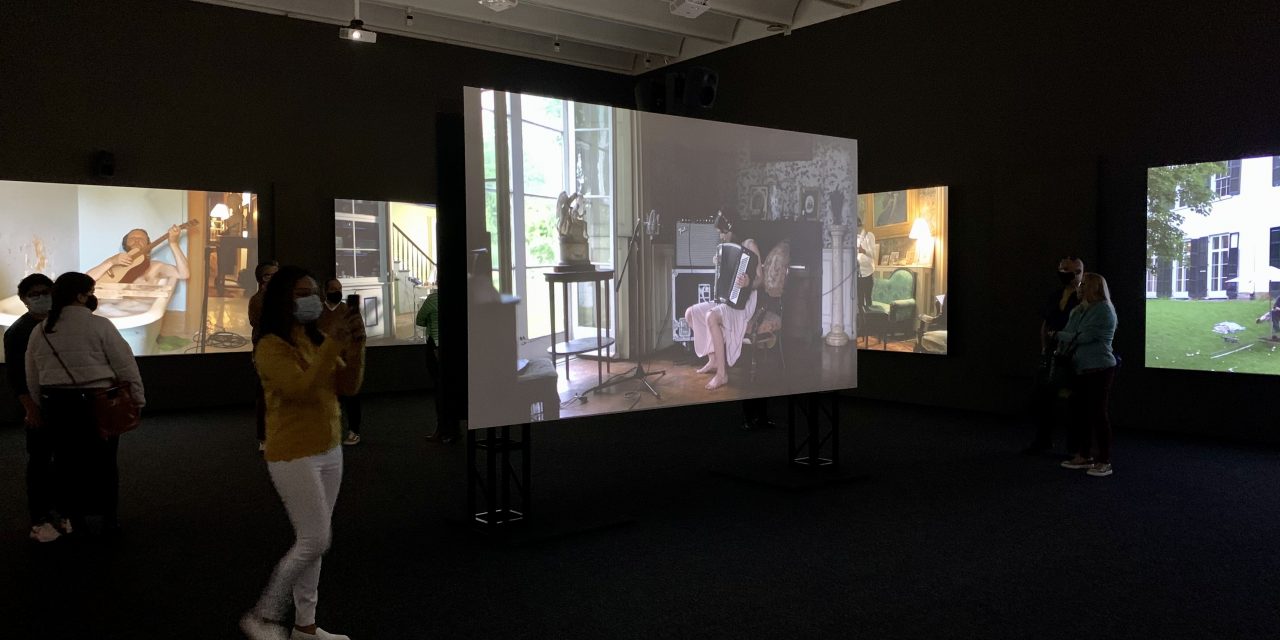 Ragnar Kjartansson’s “The Visitors,” which is on view at the High Museum of Art through May 9, manipulates the viewer’s understanding of time and space. Haunted by echoes of the spiraling lyric, “Once again, I fall into my feminine ways,” the words in this 64-minute experience begin to lose meaning, but the emotion behind them remains earnestly charged.

In August 2012, nine Icelandic musicians, including members of the bands Múm and Sigur Rós, performed a single-take nine-channel sound and video recording in separate rooms of the Rokeby Farm mansion in Hudson Valley, New York. Kjartansson, who does most of his performing naked from the bathtub, carefully selected his personal friends and people he admires to be the performers. The artists’ chemistry in the brief moments where they are together creates a heartwarming narrative of friendship and community.

Kjartansson describes his creation as a “feminine nihilistic gospel song,” but its spatial interactivity and visual primacy transcend the traditional genre of music; the viewer is forced to circumambulate the installation in order to see and hear each of the musicians. As they do so, the viewer finds that each projection is coupled with a unique audio stream of the featured musician. This immersive experience effectively makes the viewer a participant in the work as they follow the performers across different rooms, one more visitor among the musicians in the Rokeby house. Kjartansson describes his work as “selfie-proof” in an interview with the Guardian, noting his work is “really about spatial experience.” 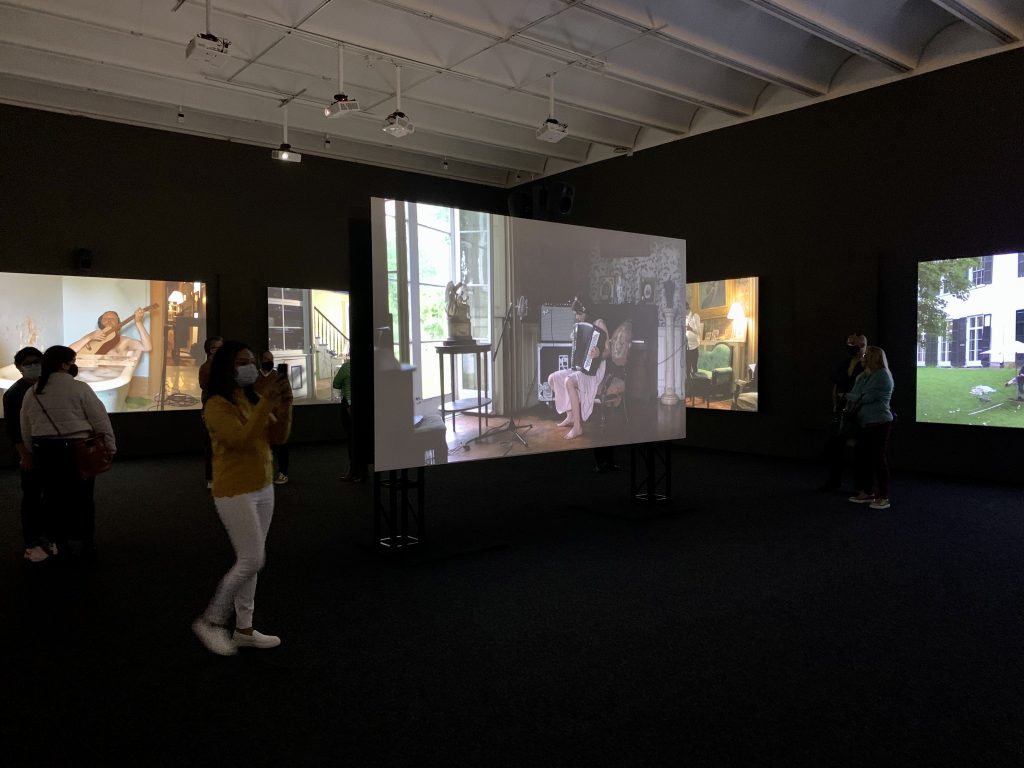 Despite Kjartansson’s description, the exhibition’s song isn’t particularly feminine either. Though the word “feminine” is repeated ad nauseum, the performance is dominated by men. The men have the loudest instruments and the most resounding voices. Of the two female performers, one plays inaudibly for most of the performance and the other has the audio stream of the male guitarist behind her. It is worth noting that the cast is also entirely white. While this is unsurprising for an Icelandic group of performers, they present a homogeneous folk-hipster-musician identity that is strangely unnerving if examined too closely.

The music is reflective of this identity, as Kjartansson integrates aforementioned elements of gospel and American folk alongside a post-Neutral Milk Hotel, experimental indie earnestness in its emotional tenor and dramatic tempo changes. These great shifts make the repetitive lyrics seem meaningful and precipitate an anxious sort of engagement from the viewer. Buffeted between emotional extremes, the viewer is rewarded with powerful catharsis through an identification with these white hipsters in their chic, borrowed mansion, an effect amplified by their friendly breaks in the fourth wall through eye contact and smiles.

Over the course of the exhibition, the audience becomes deindividuated; everyone becomes a visitor in the house, forming a slow-moving cluster in search of the most emotional, vulnerable and interesting performer. With a shared desire to see what room the man with the guitar went into or on what screen that cannon went off, the audience collectively engages in this augmented gallery space, following the performers until the end of the video when they convene into a single projector screen.

When I saw “The Visitors,” most people walked in for a minute or two and then left. A few people stayed for the full hour, however. One left the exhibit in tears, telling her friend that she had never felt so connected to a group of strangers. Comments on a Youtube recording of the performance recount similar emotional responses to the work. The exhibit’s progression from isolated artists to communal revelry offers a hopeful story of camaraderie after isolation — a timely celebration of the power of collective emotional experiences. 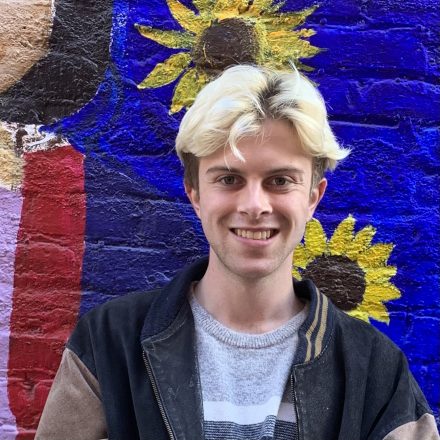