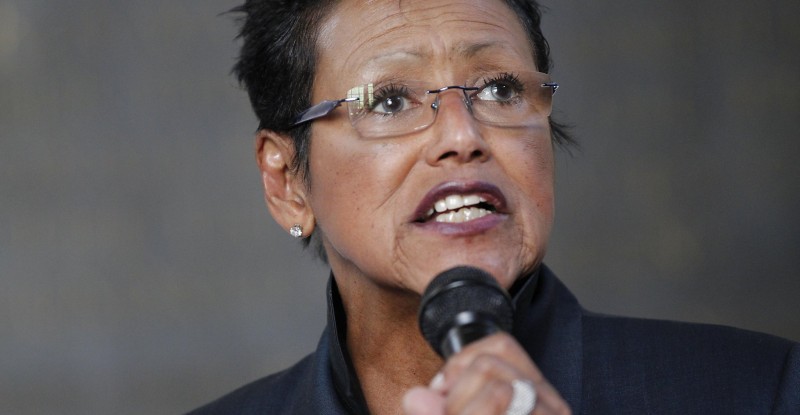 Black rights activist Elaine Brown visited Emory last Thursday to commemorate the 50th anniversary of the Black Panther Party, a revolutionary political party active primarily in the ‘60s and ‘70s. Brown served as chairperson of the party from 1974 to 1977 and continues to inform and advocate for black communities nationwide.

Emory’s James Weldon Johnson Institute for the Study of Race and Difference (JWJI) hosted the public event to examine the continuing resonance of the Black Panther Party’s platform for black empowerment and to recognize Brown and other women for their leadership assisting impoverished communities, Assistant Director of JWJI Kali-Ahset Amen told Emory News Center. Beverly Guy-Sheftall, adjunct professor at Emory University’s Institute for Women’s Studies, interviewed Brown in a one-on-one conversation at Glenn Memorial Church. Brown discussed the Black Panther Party’s rise and her work within the organization.

“[The police are] killing us,” Brown said. “So the whole system will have to be reformed in a very serious way. Right now, you would have to take over almost all the police departments in America, because all of them have shown an unwillingness not to be racist.”

Brown explained that the Black Panther Party was founded in Oakland, Calif., in 1966 and quickly became nationally recognized. In 1967, the party published a 10-Point program which included a call for black rights. Simultaneously, former FBI Director J. Edgar Hoover established a program to monitor and scrutinize groups such as the Black Panther Party, she said, causing many party members to be sent to jail or flee the country.

Brown recounted how the party created a Free Breakfast for School Children Program in 1969. The group struggled to find a kitchen to cook meals, until the University of California, Los Angeles (UCLA) cafeteria allowed the party to collect the leftovers from students’ meals, Brown said.

In 1974, Brown was appointed the party chairperson. Violence, criminal activities and financial mismanagement led to the party’s 1982 dissolution, according to an essay by Michael X. Delli Carpini, University of Pennsylvania professor of communication and Walter H. Annenberg School for Communication dean.

“I have learned a little bit about the Black Panther Party from … history and the … PBS special that came out recently, so this was really good just to get [Brown’s] perspective on some of the events that were portrayed in that special and … have her … fill in some of the personal details,” she said.

Brown said that she believes the dialogue inspired the audience.

“I think everybody was inspired to see … that the struggle continues, that you can keep going if you want to,” Brown said. “Most of the people here really are anxious to do something. They don’t know what, but they’re anxious. And so I think they felt like, ‘OK, it’s not over, it’s not dead.’”