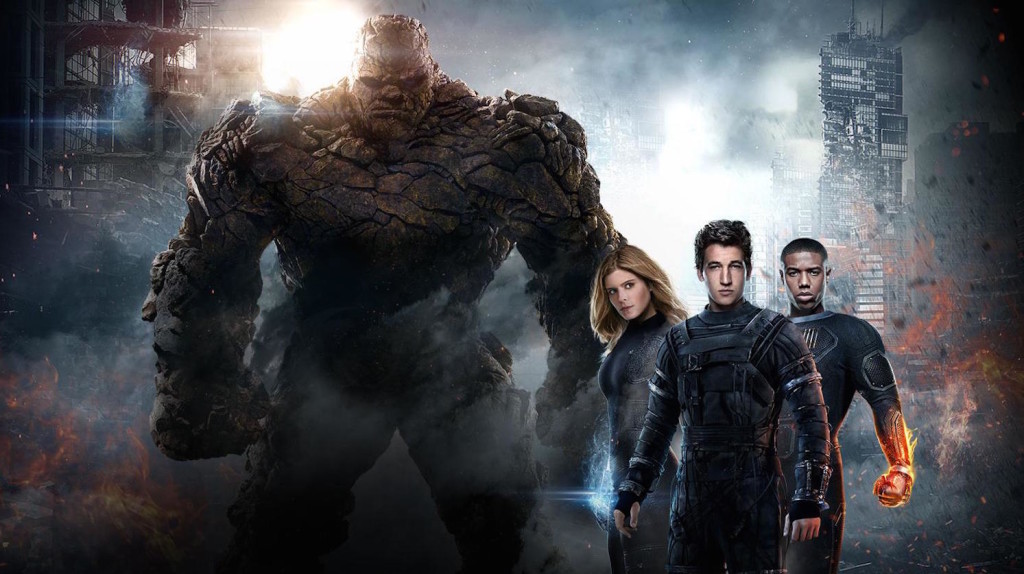 Released last month, “Fantastic Four,” or “Fant4Stic,” is one of the most negatively reviewed films of the year, currently holding a laughable 9% “fresh” rating on review website Rotten Tomatoes. To put it into perspective, that is a score worse than those of “Batman and Robin,” “Green Lantern,” “Ghost Rider” and “Howard the Duck.”

Produced by 20th Century Fox, “Fantastic Four” is director Josh Trank’s second directorial work after his 2012 debut, “Chronicle,” a low budget found-footage superhero movie that did well both critically and financially. Despite the film’s resources, including a stellar cast, the backing of a giant film studio and the screenwriting of Simon Kinberg (“X-Men: Days of Future Past”), “Fantastic Four” failed to deliver the movie that everyone was hoping for. So what happened?

The film is based on Marvel Comics’ first superhero team, created by Stan Lee and Jack Kirby in 1961, and features characters beloved by fans all over the world. That’s why when Fox acquired the film rights to the Fantastic Four comic book, they tried to make a successful franchise, starting with Oley Sassone’s film in 1994 (which was considered so bad that it was never released).

The most recent incarnations of the franchise are “Fantastic Four” in 2005 and its sequel, “Rise of the Silver Surfer,” in 2007, starring Ioan Gruffudd, Jessica Alba and Chris Evans. Though they were moderately successful worldwide, the films were so campy and uninspired that they fell flat with the critics.

With the new age of superhero films in Hollywood where Marvel Cinematic Universe (MCU) films easily cross over the $300 million mark, like “Captain America: The Winter Soldier,” “Avengers: Age of Ultron” and “Ant-Man,” Fox was craving a potential hit franchise. After making a successful reboot of the X-Men series with “First Class” and “Days of Future Past,” Fox too was looking to making a cinematic universe with these Marvel properties, even showing up at San Diego Comic-Con this summer to promote “Deadpool,” “Gambit” and “X-Men: Apocalypse.”

Initial reactions to the movie were mixed. When it was revealed that the movie would have the Marvel Ultimate Comics version of the Fantastic Four, with a younger cast than the one usually portrayed in comics, fan complaints soared. It seemed that with the surplus of superhero movies this season, and the impressive track record of Marvel Studios, who have consistently put out quality movies like “Ant-Man,” that the public wasn’t interested in more superhero movies.

This was especially apparent to comic news websites like Newsarama and to users of online forums after the first trailer for “Fantastic Four” was released, which resembled another drab, generic superhero movie, with several shots looking like they came from Christopher Nolan’s “Interstellar.” Yet, after the second trailer was released with pretty promising shots that revealed more of the plot — the tone and the characters — it seemed, according to Box Office Mojo, that the public was open to another fun, intriguing superhero movie.

However, the first warning signs appeared when Fox put out an embargo on reviews a week before the release, meaning that no early reviews could be published until a few days before the film. This hinted at the probable quality of the film and at the studio’s lack of confidence.

In the end, “Fantastic Four” did exceed expectations … on how bad the movie was.

There is no point in providing a spoilers warning, because if you have watched the trailers, you have basically seen the movie. And that’s a sad thing because “Fantastic Four” is not an awful movie — it’s certainly not as bad as Halle Berry’s “Catwoman,” a film considered one of the worst films ever made.

But “Fantastic Four” does feel like an awfully disjointed mess with no clear idea on what its plot, tone and characters want to be. Reed Richards (Miles Teller), Susan Storm (Kate Mara), Johnny Storm (Michael B. Jordan) and Ben Grimm (Jamie Bell) had little to no chemistry together.

Despite being dubbed “Marvel’s First Family,” these characters never showed any characteristics of the original source material besides claiming the same names. They had little to no interaction with one another other than being casual coworkers; in fact, Bell and Jordan only have one conversation with each other near the end of the film, even though their playful brotherhood is a trademark of the team in the comics.

If these characters don’t feel like real people, and we are only supposed to root for them because the movie tells us to, in the end, there’s no point in liking them or in even caring about what they do.

Critics have noticed that “Fantastic Four” doesn’t feel like a single movie; most of the praise went to the first half of the film. While the first half was not spectacular, it did feel like its own special take on the superhero genre, with a focus on the sci-fi and horror elements. There are moments that really do engage the audience, like when the film introduces the Fantastic Four’s powers with the vibe of a horror film, but in end, it all comes to naught due to a one year time skip in the middle of the movie.

After that, it all goes downhill into a steaming pile of … nonsense. The main villain arrives in the second half of the movie, and for no reason at all, he becomes evil for the most generic reason ever: to take over the world.

There is really no reason at all; it’s all because they just needed to bring in Dr. Doom (Toby Kebbell) in for the finale, which in reality, is just a poorly edited CGI fest that ends with illogical plot holes and a desultory ending that establishes the Fantastic Four without addressing the repercussions of the events in the story. No action happens — it just ends with a small fist-fight scuffle between Dr. Doom and the Fantastic Four that totally diminishes the significance of the plot.

Truthfully, I could see people liking the “Fantastic Four” films from the 2000s with their cheesy, lighthearted plots, but I could not see anyone liking this most recent rendition.

Even director Trank tweeted: “A year ago I had a fantastic version of this. And it would’ve received great reviews. You’ll probably never see it. That’s reality though.”

This suggests that Fox messed with Trank’s vision of the film by adding and deleting scenes to lower the costs or benefit the overall universe created within the films. Before this entire debacle, it was rumored that there could be a Fantastic Four and X-Men crossover in the future, much like “The Avengers.”

However, with the backlash it gained from both critics and the public, it does not seem likely. Only time will tell if the sequel will be canceled, because currently, it is still in the works to be released in 2017.

It is frustrating to hear people ranting that the rights to the Fantastic Four comic book should go back to Marvel, because there is no point. Marvel Studios is crowded already, with Phase Three of their film slate introducing even more new characters like Ms. Marvel, Dr. Strange and Black Panther. In addition, Spider-Man joining the MCU is a different story from Fantastic Four because unlike Sony, Fox is doing well financially with other hit franchises.

Hopefully, this does not mean that Trank will be blacklisted in Hollywood, as his debut film “Chronicle” was pretty satisfactory. But perhaps this says something about Trank’s directorial style — that he should specialize in small-budget, character-focused films, rather than monster box-office hits like “Fantastic Four.” Maybe that is why Trank left the “Star Wars” spinoff after “Fantastic Four.”

Regardless of what happened and what will happen, it is safe to say that “Fantastic Four” is a movie franchise that won’t be popular or even remotely interesting to anyone for the next few years. It is one of the failures in this era of the box office juggernauts that are superheroes. In the end, “Fantastic Four” is a film that’s not liked by anyone.