With only one week left until the 2016 presidential election, citizens nationwide are preparing to cast ballots for their candidate of choice. The Emory Wheel distributed a survey Thursday, Oct. 20, to gauge the Emory community’s opinions of candidates and policy concerns in the 2016 election. Responses indicate Democratic candidate Hillary Clinton as the clear preference of those surveyed in the Emory community — a preference motivated more by fear that Republican candidate Donald Trump will win than by enthusiasm for Clinton’s victory.

Results are based on 2,533 completed surveys from 2,479 undergraduate and graduate students, 53 faculty and staff members and one respondent who did not answer.

The Wheel worked with College sophomores Allison Rose and Winston He from Emory’s Data Science Club, who used data collection and statistical analysis software Qualtrics to compile a 21-question survey on topics ranging from the trustworthiness of candidates to current issues this election season. Respondents picked from choices listed for each question. Survey results were kept anonymous.

The Wheel released the survey through an all-students email, which included both undergraduate and graduate students from each school at the University. The survey was pushed on Facebook and closed Thursday, Oct. 25.

The data reported is raw and has not been manipulated to account for sampling and response bias. Incomplete surveys were disregarded. 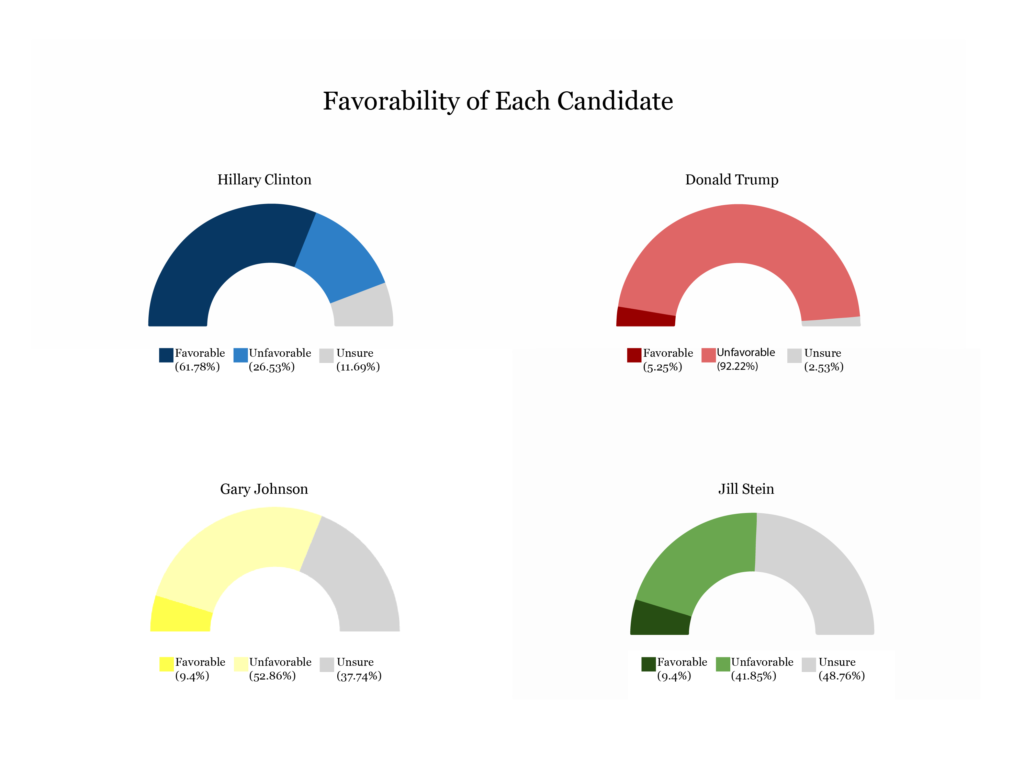 When choosing to support either Clinton or Trump, respondents were more motivated by fear that the other candidate will win than enthusiasm for their respective candidate. The percentage difference between the motivations is 15 percent for Clinton supporters and 45 percent for Trump supporters.

Even the 442 respondents who identified as independent said that they would support Clinton 74 percent of the time.

Similar to national trends, 91 percent of respondents who identified as black or African American supported Clinton. 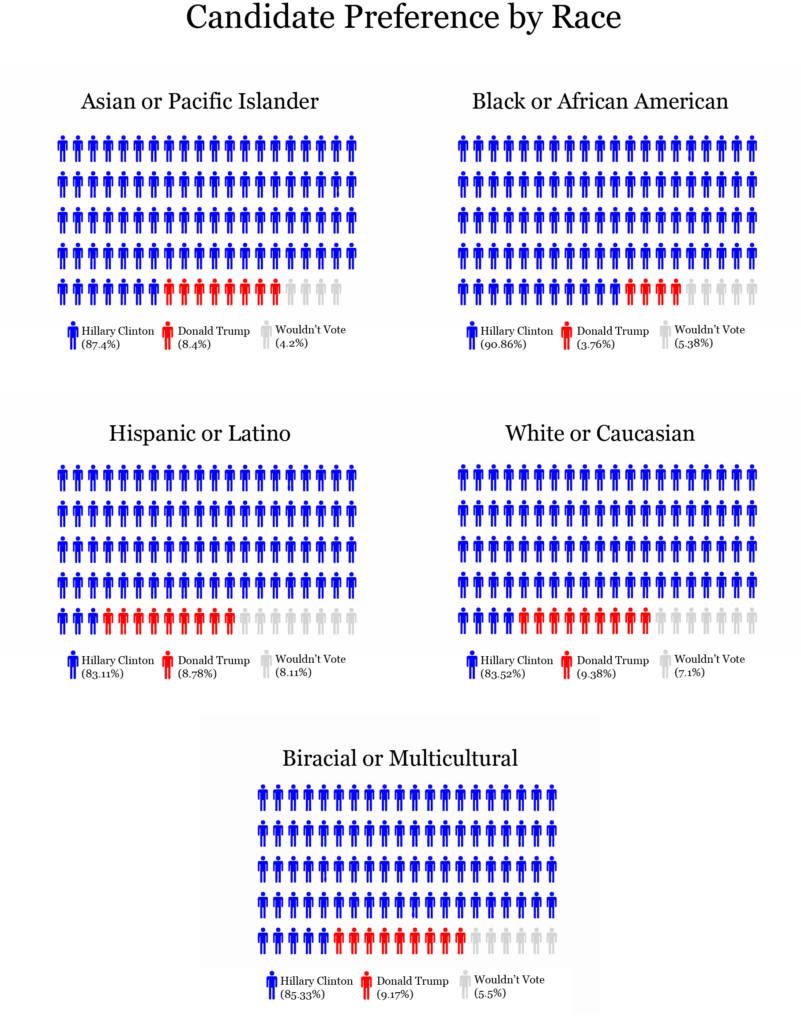 Despite which candidate respondents support, the majority believed Clinton will win the election, while 4 percent believed last week was “too soon to say.”

Approximately 90 percent, or 2,293 respondents, are registered voters, and 63 percent said they are “very interested” in the presidential election. 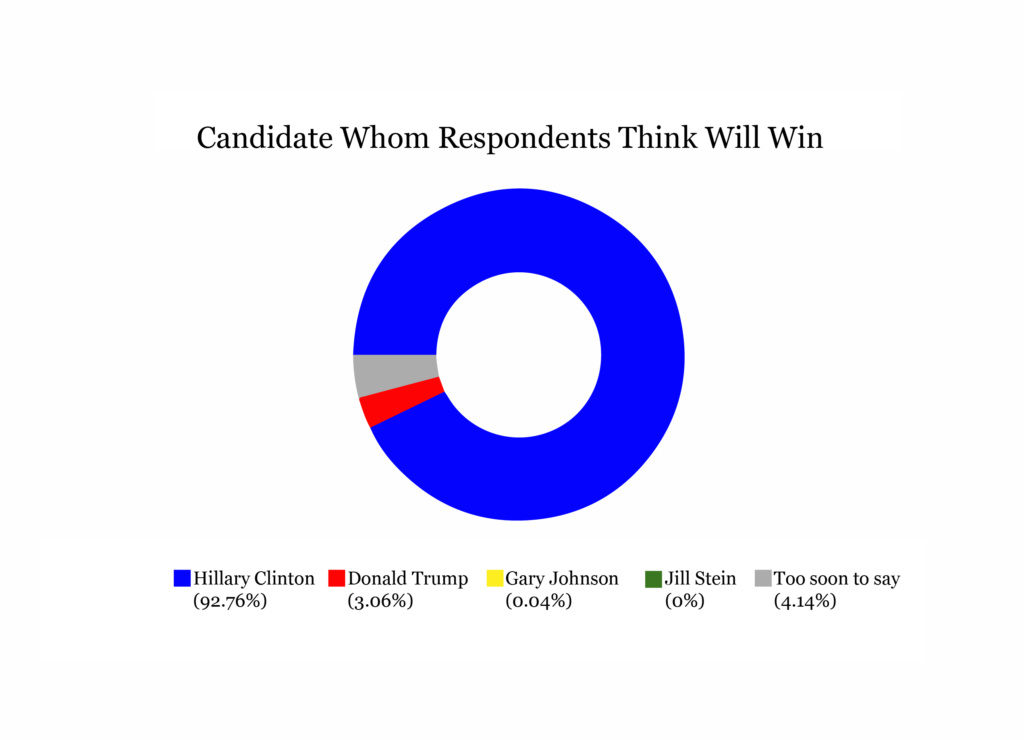 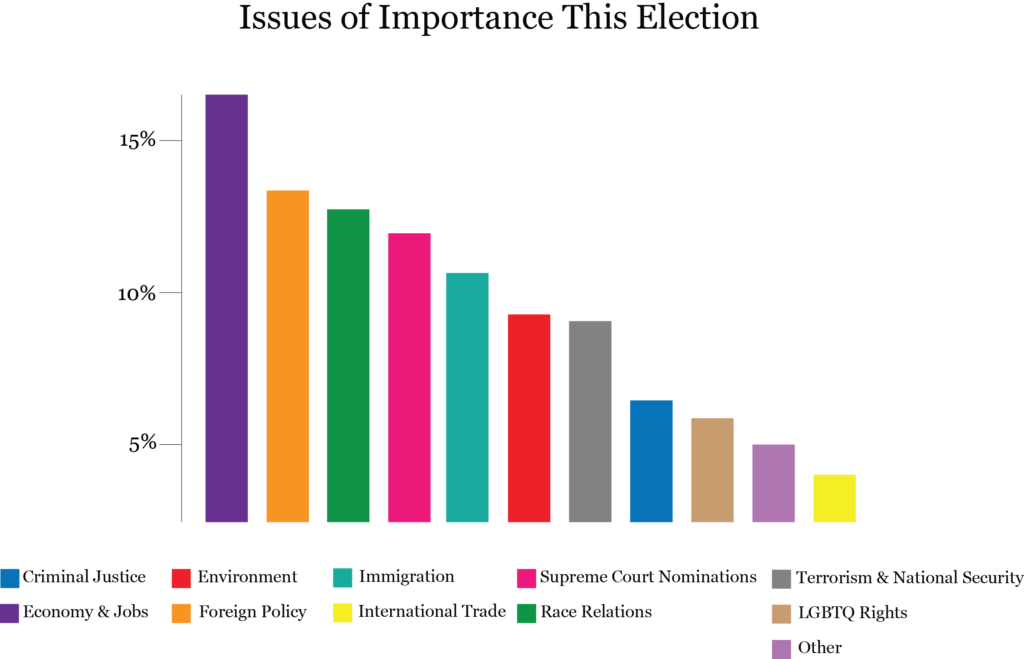 The majority of Clinton’s supporters reported most concern for the economy and jobs, race relations and U.S. foreign policy. Trump supporters’ concerns remained the same as those of Republican respondents. 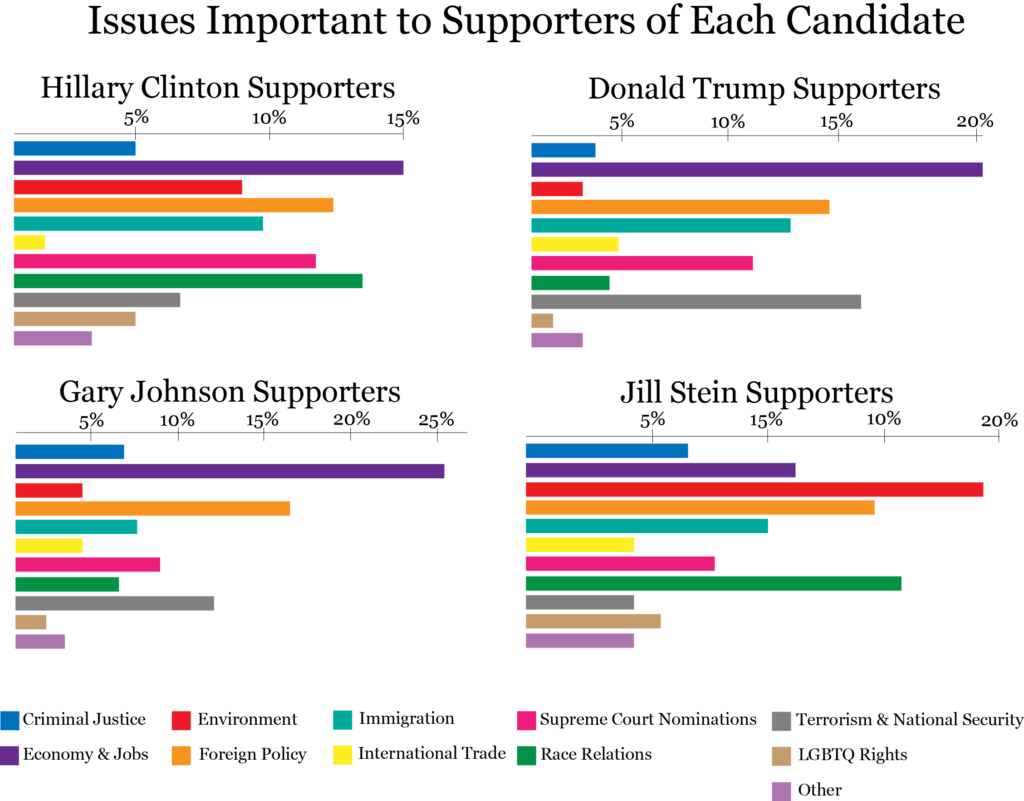 The majority, or 61 percent, of respondents identified as female. The remainder identified as male (35 percent), non-binary (0.4 percent) and transgender (0.2 percent). Nearly 3  percent preferred not to answer. 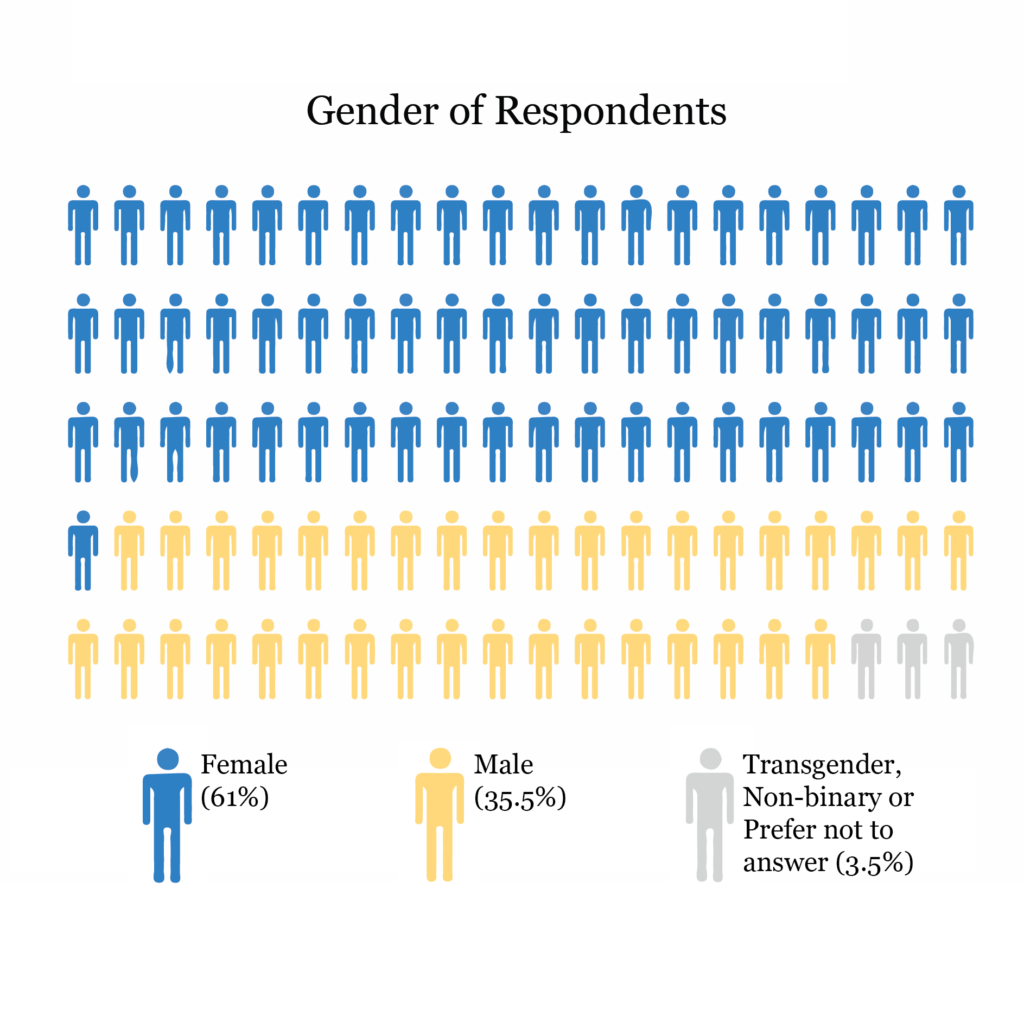