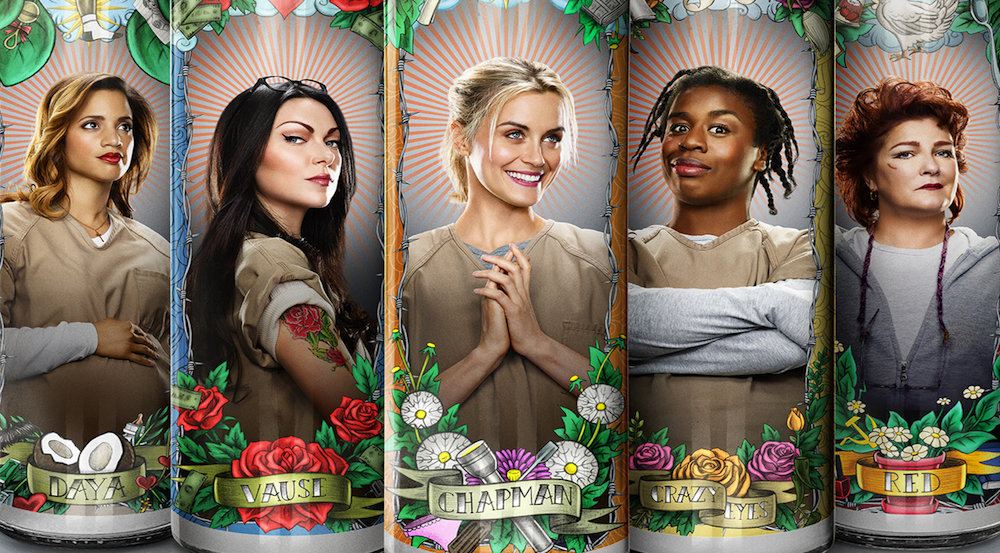 The “Orange Is the New Black” (or OITNB) binge-watch just doesn’t have the magic it had last year. I know, it’s like hearing that Santa isn’t real during Christmas. While the existence of Santa can’t be proven, the less-than-stellar third season of OITNB is all too evident. I will try to convey my disappointment in as many spoiler-free words as possible, but understand that this is not an easy sacrifice to make — I need to vent.

First, let’s focus on the positives. Season 3 is 100 percent Larry-free. We rejoiced at the news about the absence of the most universally hated OITNB character a few months ago, but it really is a major improvement in the show. No one likes Larry. If you like Larry, you need to reassess your standards for human beings. He was whiny, underdeveloped as a character and irrelevant to the larger storyline. While similar to Piper at first in terms of sheltered unawareness, Larry remains stagnant in terms of character while Piper eventually must develop in order to adapt to the prison. It’s clear that Larry was kept around as Piper’s link to the outside world, but as the connection between them dwindled, so did his purpose as a character.  Because he was cut, there is significantly more focus on what is going on in the prison.

Season 3 also offers a great amount of character development. Not only do we see more of the series’ darlings such as Pennsatucky and Taystee, we see characters that had only been in the background before. There aren’t as many episodes focused on one character’s backstory as there were last season. However, each character’s story is handled carefully with well-distributed attention given to each of them. This even focus showcases the skill of the writers, especially considering the size of the cast.

The humor is spot-on, as always. Part of the beauty of OITNB is the show’s ability to make the humor largely character-based without sacrificing the depth of the characters. However, what the new season gains in humor, it loses in story. While many interesting storylines are introduced, they lose momentum or are just forgotten by the season’s end. A lot of time is spent on already tired plot points, such as Piper and Alex’s contentious relationship — quite possibly the most boring part of this season. We’ve dealt with the Piper/Alex drama since Season 1, and it’s honestly grown stale.

Also, it feels as if Daya has been pregnant for ages. I wouldn’t have been surprised if her kid needed to take SAT prep along with his Baby Einstein videos. Although all of this is probably in an effort to continue with storylines from the previous season, I wanted old news to get wrapped up.

The more redundant moments in the series made this year’s binge watch feel significantly longer, but there was always an intense cliffhanger ending to reel me back in and deprive me of the sleep I so desperately needed. The end of each episode made me completely forget about anything mediocre I just watched and pulled me into a seemingly unending cycle of watching an episode, losing patience, seeing the intense ending, watching an episode, etc.

One aspect of this season that is not necessarily good or bad is the lack of a human antagonist. Season 2 gave us the character of Vee, one of the most manipulative and menacing characters on the show. Season 1 gave us Larry, who, while not necessarily an antagonist, gave the audience something to collectively team up against because, as explained before, he was just the weakest character. In Season 3, many characters that could be lined up as antagonists often turned around to do something good, giving another layer of complexity to the characters that would otherwise be maligned. As with any story, there are antagonistic forces at play, but they do not necessarily have a face.
All in all, Season 3 of “Orange Is the New Black” is just as solid in quality as the first two, while still managing to stand on its own in terms of tone and story. Some parts of the series’ larger story arc were sacrificed, but they were made up for in the development of characters that we have come to know and love, in addition to those we took for granted. Sure, it’s not as eventful or dramatic as it was last year, but it goes above and beyond to please fans of the show. If you haven’t already sped through right after it was put on Netflix, I highly recommend it. Just don’t set your hopes too high for a more dramatic Litchfield.