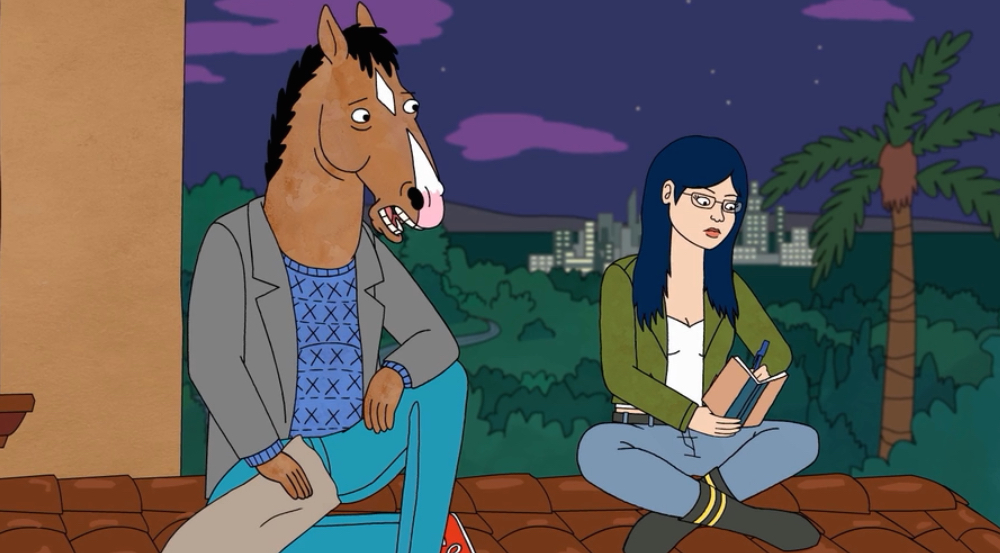 At first glance, “BoJack Horseman” is Netflix’s half-hearted attempt to dip its toes into the world of adult animation (which, as we all know, is a highly dignified and respected genre). Watch beyond the pilot, though, and you’ll find yourself immersed in a genre-shaking show that dives past the surface of what we have come to expect from animated comedy.

BoJack Horseman, the titular character, is an out-of-work 90s sitcom actor. His ex-girlfriend/current agent, Princess Carolyn, frustrates herself with trying to find BoJack some acting work while he struggles to write his autobiography due to his depression and substance abuse. He is assigned a ghostwriter, the focused and intelligent Diane Nguyen, with whom he develops a close relationship (despite the fact that she is dating an old rival of BoJack’s, the chipper Mr. Peanutbutter).

The pilot, as with many shows, is pretty average and doesn’t capture the true heart of the series. However, the more you watch, the more you realize that this isn’t an ordinary animated sitcom, but a character study of a talking horse. There are funny episodes about BoJack fighting with a Navy Seal (as in, the animal kind of seal) about muffins that lead the viewer to think that “Yes, this is a pretty good animated show.” But as the series goes on, the viewer begins asking, “Who put this realistic portrayal of depression in my silly show?” and the investment in the characters, as well as appreciation for the dark humor that characterizes the show, grows in a way that the viewer would never expect.

There are many factors that set “BoJack Horseman” apart from the animated comedies we’re used to seeing. Other animated shows like “The Simpsons” or “Family Guy” are more episodic. If you miss an episode of “The Simpsons,” you won’t be lost when you watch the next one because each episode is a self-contained story. “BoJack Horseman” (particularly in the second season) is more dedicated to its overarching story and development of each character’s struggle with their own flaws. This structure subverts the viewer’s expectations of what a sitcom is supposed to be. “BoJack Horseman” isn’t the kind of show that you want to unwind to, but it is still valuable in its emphasis on introspection and the darker elements of humor.

Another distinguishing characteristic of the series is the focus on more serious moments. To be fair, every sitcom has its serious moments now and then. Back in the day, “The Simpsons” was very unafraid to touch on more serious themes within family life. But unlike other comedies and their serious moments, “BoJack Horseman” doesn’t resolve the drama at the end of each episode. This approach is particularly astounding to see in such a show because we’re used to a certain formula in comedy shows: problem, working to solve the problem, resolution and jokes in every other line of dialogue. “BoJack Horseman” has the confidence in its characters and overarching story to linger on the more serious moments and leave the audience waiting for more, which gives it a refreshing sense of realism that you don’t find too often in sitcoms. (Well, it’s as real as you can get with a show about a talking horse.)

Even the creator of the show, Raphael Bob-Waksberg, said in an interview with The Verge: “Well, I don’t believe in endings. I think you can fall in love and get married and you can have a wonderful wedding, but then you still have to wake up the next morning and you’re still you.” We’ve become too used to laugh-a-minute sitcoms that brush-off problems at the end of 22 minutes. Not that this is a bad thing — comedies are supposed to be funny, after all — but it’s really fascinating to see such a sensitive approach to character as there is in “BoJack Horseman.”

I feel that, as television builds its new home on the internet, darker, more realistic comedy will become the new standard. Not necessarily that sitcoms will become darker, but that they will take more risks and experiment with the formula to which we have become accustomed. Shows that are produced for consumption online have a bit more wiggle room in terms of what can be done as opposed to network and even cable shows, which are more strictly censored. This freedom (which will hopefully continue) will allow writers to try out new storytelling and characterization techniques.

For example, there was an entire episode of  “BoJack Horseman” dedicated to a drug trip. That’s not the sort of thing you see on network television. It would be deemed a waste of time or even be censored. Yes, we’ve come a long way from the olden days’ TV couples sleeping in separate beds and characters never facing problems that couldn’t be solved in 20 minutes, but we need to keep moving forward lest we get bored.

I recommend this show to anyone who craves a more innovative comedy. Life is rough on the network sitcom front. Since “Parks and Recreation” was cancelled, I’ve had trouble finding a comedy series still on TV that I would want to watch. “BoJack Horseman”  is not only funny enough to fulfill my comedy cravings, but also dramatic enough to surprise me. If you find yourself drowning in a world of laugh tracks and wacky shenanigans, “BoJack Horseman”  is definitely the show for you. 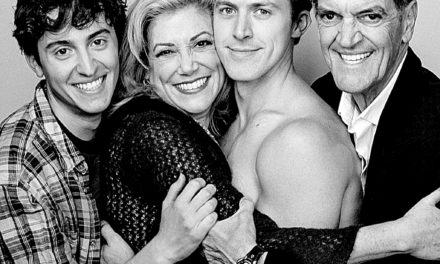 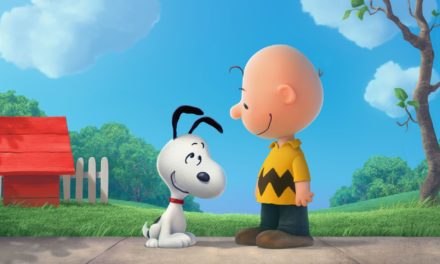 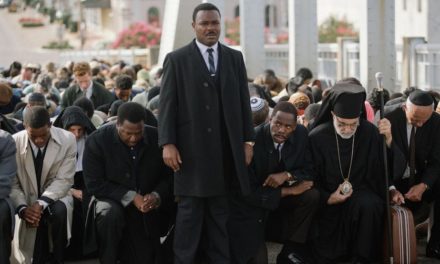