After declining from a predicted frontrunner to a mediocre contestant in Iowa, New Hampshire and Nevada, Sen. Elizabeth Warren (D-Mass.) is proving to be a massive failure for voters.

Alongside many of her fellow Democrats, Warren entered the race early last year to fight against one of the most unpopular sitting presidents. I was initially skeptical of Warren’s viability in the primary, not to mention her ability to defeat the president in November. At face value, she seemed to be nothing more than another Hillary Clinton-esque technocrat, whose lack of charisma with voters and exhausting desire to espouse policy would hinder her campaign and doom it to failure. However, as Warren continued on the campaign trail, her debate skills, personal story, fighter persona and drive for making “Big Structural Change” gradually began to win me over.

Warren’s narrative of growing up in a working-class family in Oklahoma before becoming a special education teacher, a Harvard Law School professor, creator of the Consumer Financial Protection Bureau and, eventually, a senator, is a particularly compelling one. Unlike most of her remaining colleagues, she was once a Republican until the 1990s when she switched parties, a point she could use to her advantage given her drive to be the “unity” candidate. She did so after determining the main causes of bankruptcy in the United States to be health-care costs and predatory credit practices. Warren has one of the more compelling stories to attract disaffected Republicans since she will be the first to acknowledge that she is a capitalist, not a socialist, a key difference from Sen. Bernie Sanders (I-Vt.), and is intent on simply providing protection for consumers from the free market rather than regulating it out of existence.

Warren’s political philosophy is reminiscent of a return to former President Franklin D. Roosevelt’s brand of progressive populism, but she hasn’t effectively used that comparison to distinguish herself in a crowded Democratic field. She advocates tirelessly for “Big Structural Change.” It’s her campaign rallying cry, but what exactly does it mean? It’s a call to overhaul our current system, as she argues for sweeping regulations of our financial agencies, corporate structures, and practices and corruption measures in Congress. Her health-care and climate change plans echo FDR’s landmark New Deal policies that have impacted Americans for generations, and it could make her candidacy more palatable for its “big picture” style. It appears her plans aim to reshape Americans’ trust in government and their democracy by offering comprehensive structural safeguards to combat the rot in our system, which includes intensive corporate lobbying, “dark money” and special interests. Warren’s website contains nearly all of her plans in detail, a solid choice for transparency compared to her closest colleague, Sanders.

Warren has faced a plethora of criticism, more so than her progressive male counterpart, Sanders, on the question of her ability to defeat President Donald J.Trump. Pundits tend to downplay her ability to effectively debate and campaign against Trump’s open defiance of political norms. To such criticisms, I direct you no further than to her evisceration of billionaire and former New York Mayor Michael Bloomberg (D-N.Y.) during the Las Vegas debate, where she established the combative tone for the night and summoned her fighter persona. As a result of her performance, her campaign both doubled its pre-caucus fundraising goal and achieved a bump in the polls, showing her arguments to be effective and persuasive.

In the end, Warren’s candidacy may end up going nowhere, but I nevertheless urge you and those within the Democratic base who are undecided to consider that she alone has the necessary qualifications to make the changes this country needs. In comparison to her colleagues, there’s no debate: Warren has the story, the skills and the spirit, having defied skeptics’ expectations at every turn.

In an ideal world, Warren should be the last person standing in this race, but the Democratic base is rapidly passing her plan-centric approach to governance in favor of Sander’s unabashed revolution, and that, perhaps, is the biggest tragedy of all. 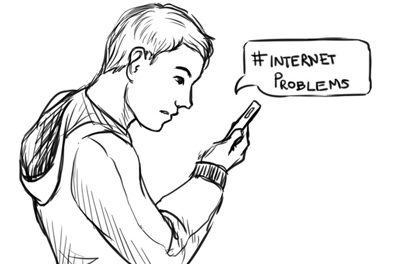 Honest Activism is a Collective Effort: The Somaly Mam Scandal and Our Part in It

Letter to the Editor